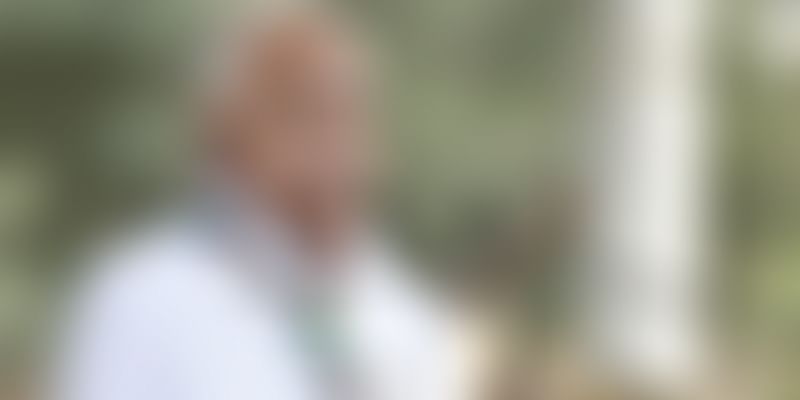 Homeline, an initiative for doorstep delivery of essentials across Bengaluru city limits during the lockdown and claimed to be India's first integrated voice and message platform to provide citizens services, was launched by Chief Minister B S Yediyurappa.

Homeline, an initiative for doorstep delivery of essentials across Bengaluru city limits during the lockdown and claimed to be India's first integrated voice and message platform to provide citizens services, was launched by Chief Minister B S Yediyurappa on Tuesday.

The Chief Minister said the home delivery service was a good initiative during the time of the lockdown. Its pilot has been successful in Bengaluru South. In seven days, more than 11,000 customers were served.

Coronavirus: Karnataka scales up testing to 1,500 per day

Now it has been decided to implement it across Bengaluru's municipal limits. This is a good and important step towards ensuring safety of citizens," he said.

The homeline has been set up to reach the maximum number of people in Bengaluru, keeping in mind that every citizen is familiar with using a phone, a release from the office of Bengaluru South MP Tejasvi Surya said.

It said a citizen can call 080 61914960 and speak to the call centre volunteer to place his or her order. Those familiar with WhatsApp can send a Hi to the same number.

The homeline has been made serviceable in all limits of city civic body, the Bruhat Bengaluru Mahanagara Palike the release said and claimed it is the country's first WhatsApp bot enabled SuperApp.

The home delivery pilot by Tejasvi Surya and Revenue Minister R Ashoka in Bengaluru South has now been expanded expanded to 198 wards under BBMP, it said.

The procedure to place an order entails typing out the list or sending a photo of the list of grocery items required or a picture of the doctor's prescription in case of medicines. The delivery would be made within a day.

Whenever customers place an order, the items are bought from the store closest to their homes, thus ensuring that even the neighbourhood store is able to conduct sufficient trade during the lockdown, it said.

The release claimed that the platform is India's first integrated voice and messaging platform, providing citizens with services to order groceries, fruits, vegetables, medicines and essentials "through an ecosystem of 16,000 merchants across Bengaluru and best in class delivery partners to bring it right to an individual's doorstep."

Citizens need to pay just Rs 10 for the service, for which more than 5,000 delivery personnel have been engaged.

"The helpline has been operational in Bengaluru South Police division Limits since April 12 and we have so far touched more than 11,500 people through the helpline.

We have now geo-mapped more than 16,000 grocery, medical, vegetable and fruit vendors onto this helpline," Surya said.

Kaleyra provided the WhatsApp chatbot for the helpline, which is manned by call center employees of [24]7.ai.

Dunzo, Rapido, HouseJoy, Shadowfox and Swiggy have come onboard to provide the home delivery, the statement said.