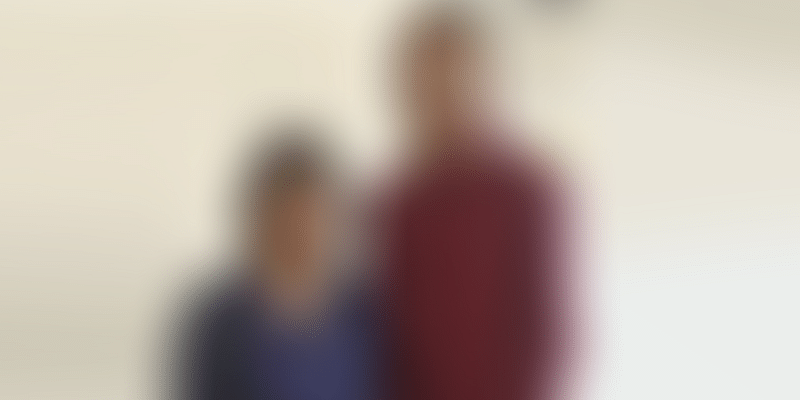 Developed by SocialCops’ employees, Locale.ai is a Bengaluru-based startup that is building an operational analytics product using geospatial data.

Aditi Sinha and Rishabh Jain used to work in the geospatial space with all kinds of companies and Governments in their previous company, SocialCops. They began working in the space after realising the need for building internal tools due to the lack of good geospatial products.

“Although companies were collecting a huge amount of location data, a lot of their operational decisions still ended up being gut-driven. This is because their internal tools were not well-maintained and were not scalable, which led only close to five of location data actually being used. The idea came up when companies started approaching us to build internal geospatial teams,” says Aditi.

This got the duo to build Locale.ai — an operational analytics product using geospatial data — in 2019 in Bengaluru. It was built with to help companies with operational or moving assets on the ground, monitor performance, increase utilisation rate, reduce cost-per-delivery and increase conversions in a data-driven way.

“Just like how web analytics tools use clickstream data and help marketers analyse where users drop-off, how the funnel looks like and which CTA is not working, Locale uses the geospatial data and gives operations team similar insights on the ground such as where users don’t convert, how to re-distribute vehicles, which warehouses to close, areas where riders spend maximum idle time, shipments which are not profitable, analysing the time spent in each lap of the delivery, etc,” says Aditi.

How does it help logistics startups in the current situation

There are two ways in which Locale is helping delivery and logistics companies in the current crisis:

With the product, the team aims to standardise geospatial analytics for operations.

“We ingest the location that companies provide to the team, collect information of their users, vehicles, trips and so on. Our product is also divided into different decisions, industry and use cases. To give you an example, lifecycle analysis helps you understand the journey of the delivery, how long it takes in each step, and where do delays happen. We also allow taking some actions such as creating triggers, alerts, and exports,” adds Aditi.

Currently, Locale.AI works in the same space as Locus, a global B2B SaaS company that automates human decisions in the supply chain. Locus secured $22 million in its Series B round of funding, led by Falcon Edge Capital and Tiger Global Management. However, the potential of the logistics sector is huge, given that it is a $200 billion industry, employing over 40 million people.

The sector and future plans

The sector is facing its set of challenges with the delay in orders shooting up to 21 percent and stuck shipments to nine percent. Nevertheless, there is a need for several logistics players in the market and that only a few products in this space are focused on business users.

“Most of them are either built for developers (Mapbox) or data scientists (Carto) or GIS analysts (ESRI). We are building a horizontal product for operational analytics for business users. At Locale, we want to build an "actionable analytics" tool, rather than a BI tool, which means having the ability to create triggers, notifications or webhooks to be able to make some decisions on the insights,” says Aditi.

Their key clients include mobility and delivery companies across India, Europe and the US. While the team refused to share pricing details, they added that the pricing depends on factors such as the number of active moving assets a company and the amount of data we are ingesting in the form of user events or pings.

The team has raised Pre-seed from Better Capital in a pre-seed round along with some noted angels such as Raveen Sastry, Co-founder of Myntra and Thoughtspot, and Pallav Nadhani, Co-founder of Fusion Charts.

"We have now started to expand internationally, as the aim is to build a global product,” says Aditi.