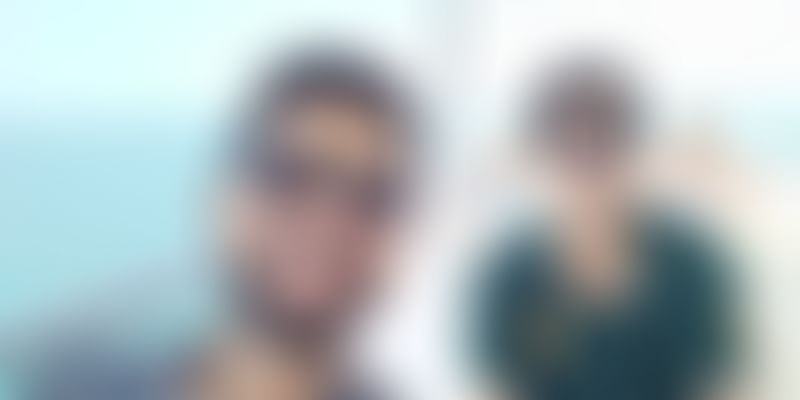 Launched by techies to help people during the coronavirus lockdown, CovidMaps is a user-generated crowdsourced data aggregation platform where users can find or update information about local stores that sell essentials.

Prime Minister Narendra Modi announced Janata Curfew on March 22, 2020, asking Indians not to step out of their homes from 7 am to 9 pm. That day, techies and friends Sanjeev Rao and Phani Kishan Addepalli were discussing the possibility of a lockdown, as social distancing was the need of the hour.

The duo felt they could build something to help people during the lockdown. That is when they launched CovidMaps, a crowdsourced data aggregation platform where users can find or update information about local stores that sell essentials. This, in turn, helps platforms like Dunzo and Swiggy to go to these stores to collect their orders.

“Sanjeev had the idea about helping people find essentials in the neighbourhood. We realised the problem was similar everywhere, be it Vancouver or Bengaluru, and decided to pilot a project. Given that neither of us knew how to code, Sanjeev roped in Arjun Attam as the Tech Lead (he knew him from the McKinsey days and was friends with him in Vancouver). We started reaching out to people who could help; we now have a core team of seven people with different sets of skills,” Phani says.

CovidMaps is fully driven by user generated content, like reviews on ecommerce sites. Anyone can choose to update a store and it gets updated in real-time.

The others they roped in are Arjun Attam, Adiba Muzaffar, Sapeksha Virinchi, and Sampoorna Biswas.

Sanjeev and Phani had gone to college together. The two also worked at Swiggy. Sanjeev now works at a D2C furniture brand that is based out of Vancouver and serves North America. Amit has been working at Swiggy as an external consultant on a few new products it is building. Phani is heading Strategy and Investments and has been associated with Swiggy for the last five years. Arjun is a product manager with Microsoft at Vancouver.

CovidMaps works as an open-source data aggregation platform and is not related or associated with any brands. “Dunzo has already used us for getting accurate store information,” Phani says.

One of the most important findings has been that people are looking for safety markers - almost all reviews have some mention like people using masks/sanitisers, social distancing being maintained, etc.

Phani adds that people are also talking about crowding and waiting at stores, which allow only a limited number of people inside. Store availability also changes during the week as some stores are open till 7 pm on a Monday but only till 5 pm on a Sunday.

“This is new consumer behaviour, which does not happen in a normal situation. We are trying to organise this information and help people get their essentials in a safe and efficient manner,” Phani says.

“Initially, we had to do a few runs to seed data ourselves. We observed that the quality of data input at the start has a huge bearing on the quality of submissions. We also leveraged the help of friends/family who live in different parts of the city to contribute. It took off from there,” Phani says.

Everyone is rallying to do their bit to help in the delivery of essential goods and services to consumers in this hour of need.

What are startups doing?

While mobility startups may have been adversely affected, they are still doing their bit. Rapido has tied up with BigBasket, Big Bazaar, and Spencer’s Retail to provide deliveries.

Ola and Uber are providing their vehicles as commute options to hospitals and for emergency needs. Uber has tied up with BigBasket to ensure smooth delivery. Each of the delivery startups is working to provide its delivery executives and partners with support and aid. They have started crowdfunding resources, with founders putting in 50 percent of their salaries.

Apart from mobility startups, healthcare startups like Practo, Mfine, DocsApp, and 1MG have come together to form a telemedicine group where they are collaborating and working with different individuals, organisations, hospitals, healthcare centres, and governments to provide telemedicine aid.

“We are seeing organic traction not just in cities in India but also internationally, in countries like Poland and Brazil, without direct connects there. A cousin of mine who lives abroad told me that her friends are finding our platform very useful,” Phani says.