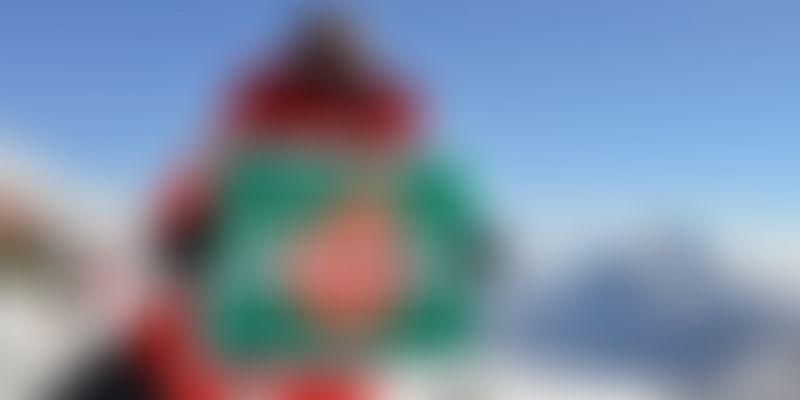 Former software engineer Kuntal Joisher decided that he would climb the Everest only as a vegan or not at all. Here's how he achieved this impossible feat.

In 1993, eighth-grader Kuntal Joisher wrote his first piece of software code. “Somehow, I felt that I would be doing that for the rest of my life,” he says. But, that’s only a tiny part of what he does today. A part-time software engineer, Kuntal is now a well-known name in mountaineering and vegan circles.

In 2018, he summited Mt. Lhotse, the fourth-highest mountain in the world at 8,516 metres, and became the first person to ascend an 8,000 metre mountain on a 100 percent vegan lifestyle. A year later, he repeated the feat on Everest, another first for the vegan community.

Born in Kharagpur, a small town in West Bengal, Kuntal moved to Mumbai when he was four. He says, “It is the city I call home today."

After completing his bachelor's in Computer Engineering, Kuntal moved to the US to pursue a master's in Computer Science at the University of Southern California in 2001. It was here that he was introduced to veganism.

“Growing up as a vegetarian, I always believed that animals were sentient and emotional beings and had as much right to live freely and happily as we do. But, when my roommate at the university introduced me to the horrors of the dairy and leather industry, I realised how I was contributing to animal abuse even as a vegetarian.”

He adds, “I realised how the ‘harmless’ glass of milk or that ‘tasty block of cheese’ came from cows, which were impregnated over and over and their calves stolen and sent to slaughterhouses.”

With that realisation, Kuntal became a vegan. “I learnt the true meaning of the words empathy and compassion the day I decided to turn vegan. However, little did I know this one decision would completely change the direction of my life.”

After six years in the US, Kuntal moved to India to be with his family after his dad was diagnosed with Lewy Body Dementia (LBD).

His tryst with mountaineering

“I was your average next-door guy stuck in the corporate rat race,” says Kuntal reflecting on his life before he took up mountaineering.

“Even in my craziest dreams, I did not imagine climbing mountains,” he adds. But, a visit to Narkanda – a tiny village near Shimla – made him fall in love with the mountains.

“As I sat down and soaked in the beauty and grandeur of nature, I felt something that I had never felt in my life before. And, in that moment, I was determined to chase this state of mind whenever I had the chance.”

In October 2010, Kuntal signed up for a trek to Everest base camp in Nepal. Hiking through some of the most spectacular Himalayan landscape and reaching the base camp of Pumori – the ‘daughter’ of Everest – Kuntal witnessed something that unearthed within him a dream.

“There, I saw the most magical scene of my life. The last light of sunset was falling directly on Everest. The other mountains had faded into the backdrop amid the evening hues, but Everest was burning golden in colour, as if someone had set the snow on fire. In that very moment – I had found my dream. I promised myself that one day I would come back and climb to the top of Everest!”

A dream that didn’t come easy

To realise that dream, Kuntal quit his job and decided to be a freelance software engineer. His family too collectively decided to adopt a frugal lifestyle to enable him to pursue his new-found passion. But the biggest sacrifice, Kuntal says, was to be okay with him being detached from the family.

He explains, “It’s all in the mind they say. As much as you need physical strength, you need to be strong mentally. So for a long time, I didn’t have a serious relationship with my own family. Because that’s how tough you, as well as the family are required to be.”

Not wanting to comprise his readiness, Kuntal trained in the Himalayas for almost four months a year for four years. He was not just training to climb Everest, but he was also training to do so as a vegan. But there was a lot of scepticism in the mountaineering community.

“The recommended diet for extreme climbing expeditions includes salami, spam, cheese, processed meats, eggs, and dairy. I, on the other hand, couldn’t eat any of these high-fat high-protein animal products.”

He adds, “One of the biggest myths about vegan diets is that they're nutritionally deficient because they lack protein. I wanted to dispel that myth. I wanted to climb to the top of the world in the harshest conditions. I told myself, I would climb Everest as a vegan or not climb it at all.”

In April 2014, he felt ready to embark on that big dream. But a few days into the climb, 17 Sherpa guides died in an ice-avalanche and the expedition was cancelled. Kuntal returned in 2015, but this time, a 7.9 magnitude earthquake hit Nepal – the largest in a century – and it resulted in a massive avalanche that hit the base camp.

“I distinctly remember the moment when I saw the giant cloud of snow and ice about to hit us. In that moment, I didn't ‘think’ that I was going to die; I was ‘sure’ I was going to. But, I narrowly escaped death.”

Having failed twice, he began to have self-doubt. But he reminded himself of how he had spent every waking moment of the last six years chasing a dream, and the sacrifices he and his family had made.

Kuntal recalls, “Standing on top of the world, quite literally, instead of feeling happy, I felt otherwise. After all, I was wearing a one-piece mountaineering Down suit, which was not cruelty free. Even though an alternative did not exist, it was no excuse.”

So he decided to climb once again, this time a 100 percent vegan ascent of Everest.

Collaborating with a company that specialised in making animal-free jackets, eight months of R&D later, Kuntal received the world’s first animal-free one piece suit for 8,000 metre mountains, 50 percent of which is made from recycled materials.

But the only pitfall was that it was not tested in extreme weather conditions, which meant there was an element of risk. In 2018, he climbed Mt. Lhotse, the fourth-highest peak in the world, wearing his new suit.

“There was no scratch, no frostbite, no cough, no illness at all," says Kuntal, who now returned to Everest in May 2019, and fulfilled his long-pending dream.

“I had finally completed the biggest dream of my life - a 100 percent vegan ascent of Everest! This time I proudly flew the vegan flag on the top knowing that no animal had to suffer or die for my dream to come true.”

Powered by a vegan diet

He adds, “I’ve now been part of over 25 serious Himalayan climbing expeditions. I’ve successfully worked with the kitchen staff of expedition operators in the high Himalaya in India and Nepal, and even a remote region such as Northern Ice-cap in Chilean Patagonia.”

He says his diet during an expedition depends a lot on where he is climbing. If it's the Himalayas, then most of the local food tend to be vegetarian, and hence easier to veganise.

In addition, the diet also takes into account the energy requirements at varying altitude levels.

He says the vegan diet has not only helped him train harder, but also derive performance benefits and faster recovery. “In addition, I have noticed that I never catch a stomach infection that most mountain climbers catch at some point during the climb either due to lactose intolerance or infected meat.”

Having achieved his biggest dream, Kuntal now plans to scale the highest peaks across the seven continents, three of which he has already completed. (including Everest.).

“In the four that remain, it will be a 100 percent vegan ascent. Because I want to continue raising awareness about animal rights, animal liberation, dispel myths about veganism and inspire people to make compassionate and conscious choices.” 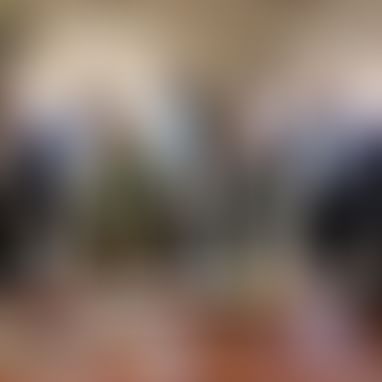 The story of how 45 entrepreneurs pooled together Rs 2,000 Cr to launch a tech university and make India future-ready