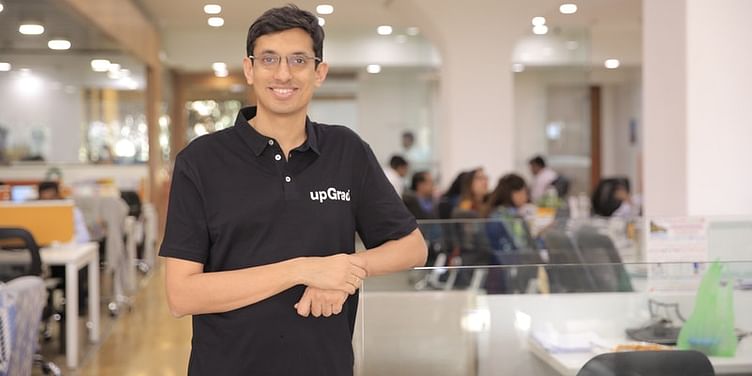 The leading online education platform aims to double its learners to 8,000, as people opt for online courses due to COVID-19 lockdown

The lockdown to curb coronavirus outbreak is keeping people busy, with many students opting to continue their education online, and many working professionals updating their skills. This trend has certainly helped online learning companies such as upGrad.

In Q4, ﻿upGrad﻿ recorded over 100 percent quarter-on-quarter jump, as it expanded its portfolio two-fold in the last quarter by adding new programmes under its Management and Data Science verticals.

With its outcome-based learning approach which comprises deep subject knowledge, finest university credentials, strong mentorship, and steadfast placement support, upGrad is in a position to command the highest ARPU of Rs 2.4 lakh in the Indian online education sector.

Given the global breakdown in the education sector, the e-learning sector has received a new impetus. The company’s recent statistics show that the inflection point was the second last week of February 2020 (Feb 17 – Feb 24).

In the last week of February, leads increased by around 34 percent, compared to the week before.

The company witnessed an uptick of 50 percent with 3,800 enquiries a day, which otherwise stood at 2,500 enquiries, until two to three weeks back.

"Online learning for reskilling, including sign-ups for global online degrees, is going to be on a rise in the future. Learning will continue even during this crisis," says Mayank Kumar, Co-founder of upGrad.

The ongoing economic slowdown has also made working professionals extremely sceptical of the job environment in 2020, thereby creating an urgent need to upgrade themselves and stay relevant to be included in the top 50 percent of the workplace.

upGrad’s newly-launched Global MBA programme saw a massive surge, with the company’s app growing over 8X in March as compared to January. In March, when upGrad conducted webinars, bootcamps, job fairs, and career guidance sessions, the company saw over 1.5 lakh serious interests from the large workforce of over 40 million.

Swathi Karanth, an upGrad learner from Bengaluru says, “I registered for the upGrad and MICA's Digital Marketing programme on the 19th March. On March 24, when the lockdown was announced, my first worry was ‘will I have a job in the next 3 months, and if so, should I do this programme or postpone it?’ I spoke to many people inside my company and the counsellors at upGrad too. At the end of it, I decided to start my programme on March 27 as I was clear if I do not do this, I may or may not have career growth by the end of the year as I am being told most companies would really tighten their  belts over the next six months, and only the better performers will survive."

upGrad hopes to accelerate the growth trajectory and double its March learner base. They plan to do this by increasing programme portfolios, conducting more live sessions, as well as holding industry mentorship talks from veterans like Sanjiv Mehta, Chairman & MD, HUL, and Nandan Nilekani, entrepreneur, bureaucrat, and politician.