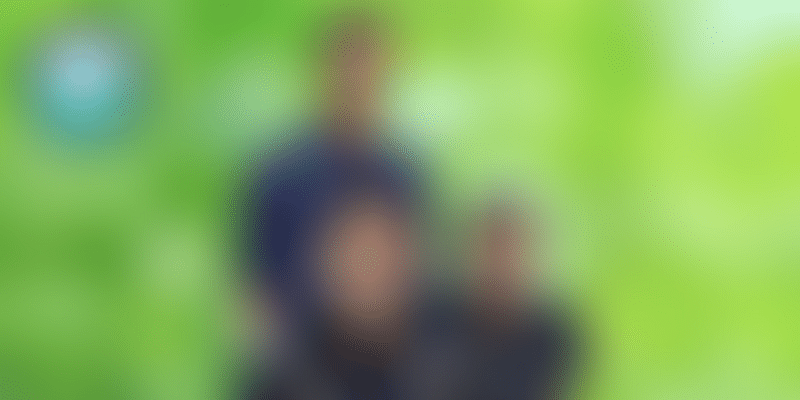 A product roadmap clarifies the why, what, and how behind what a tech startup is building. This week, we take a closer look at online brokerage Zerodha, one of the first platforms to make online trading simple, nimble, and easy.

Online brokerage platform Zerodha came to life in 2010 when Nithin Kamath, who had been trading in stock markets since he was 17 years old, felt the need for such a platform.

Nithin and his brother, Nikhil Kamath, started operations by focusing on day traders. Today, this has evolved to include long-term investors and millennials. Since then, the duo has taken the bootstrapped company to a massive scale with zero external funding.

Technology played a starring role in the Zerodha journey.

The Co-founder and CEO explains that by 2012-13 the team realised that the initial audience pool was “small and shallow” . India didn’t have more than 400,000 people who speculated, which translated into lack of scale in the business.

Nithin soon realised that the need for tech was imperative. But he couldn’t do it all himself. “The only tech I had done was Excel sheets,” he says.

In 2012, Kailash Nadh joined the company as CTO. And then began the journey of building a strong tech product that would change the Indian stock-broking industry by pioneering the discount-broking model.

The focus was clear: building investment and trading applications for end users to make investing easier, and creating a robust internal stack to allow stock broking to operate at scale.

“I’ve always been a developer, and I only know to solve problems with tech. I had no idea of markets and trading. But, when Nithin spoke of the space, I realised there was no tech or innovation. That was exciting - the idea of building new things that others hadn’t built yet,” Kailash says.

Today, Zerodha is not only one of the largest brokerage firms in India, but is thriving despite the coronavirus pandemic.

In a recent social media post, Nithin explained the growth: "Seeing this happen for the first time in my 15 years of broking. Account openings going through the roof after a crash in the markets, new customers being smart, not panicking, and telling that it is a good time to start buying for the long term. It is unreal!”

The platform has seen a 100 percent growth in concurrent users - people logging in at the same time. It is witnessing more than a million users every day, with a 50 to 60 percent growth.

But the tech has had no particular changes.

“The extreme market volatility caused by COVID-19 has brought an unprecedented number of investors and traders online. This has allowed us to witness the tech we've built over years scale and perform smoothly,” Kailash says.

The team initially focused on building ERPNext and FOSS ERP. The focus of that product was to build and manage complex financial, business, and regulatory processes rapidly. The same ERPNEXT and FOSS ERP system is widely in use by the team even today, as it opened the system and tech for innovations.

Kite is now Zerodha’s flagship trading and investment platform. It is a minimalistic application that serves the needs of passive investors, beginners, and seasoned professionals.

The suite of apps is available for mobile (iOS and Android) as well as a web-based application. The team built the web-based app in 2015. It built a centralised system that could handle traffic, behind the user interface.

The general look and feel-and-design principles of Kite have largely stayed the same over the last five years. The internals, however, have been rebuilt from scratch several times, leading to significant improvements.

The need for these shifts was felt with user interaction and feedback, when the team realised that trading and investing platforms tended to be clunky, bloated, difficult to navigate, and heavy on resource consumption.

“We started building Kite as a two-person team in early 2015. Six of us who work on it full time today. We have built all our tech using publicly available Free and Open Source (FOSS) components. The number of developers in the team has grown very slowly; we stand at 30 today. We've always hired hobbyist developers and hackers,” Kailash says.

The core of the Zerodha platform is built on replicable processes - it clones automatically if more users come online.

“The components handle orders, some handle live market data, large volumes of chart data, especially years’ worth of charts. These serve different purposes. It is a collection of a small number of components with specific roles,” Kailash says.

In the first major overhaul in 2017, the product was built to isolate and split into independent parts. Usage patterns for Kite reversed, from web-based to mobile, with 70 percent of trades and investments on mobiles, leading the team back to the drawing board.

The next major overhaul happened in 2019 (Kite 3.0). Until then, the general consensus was that serious traders need large-screen real estate to constantly monitor complex charts and indicators to trade professionally. Turned out, the small smartphones screens were adequate.

“There are updates and improvements to our platform constantly, but the major upgrades were when we re-wrote the internals for scale, and, at the same time, launched bundles of popular feature requests,” Kailash adds.

He explains that Zerodha’s product roadmap is developer and user-centric, and “incremental and continuous”.

“We run a number of open forums where we interact with a large number of customers directly and gather first-hand feedback, which then makes its way into our products. This has been the process from day one and it continues to this day,” Kailash says.

Solving for a problem

According to media reports and National Stock Exchange, 97.5 percent of its total 2.78 crore participants are individual investors.

Other startups operating in the market include AdvisoryMandi, Stockal, and a few others. However, Zerodha, one of the first and the oldest platform, boasts of a large user base.

The platform today has 2.2 million customers and over 12 lakh active clients, as per NSE data till February. With 800,000 daily active users, the platform also contributes to 15 percent of overall retail trading volumes in India.

The biggest challenge, however, was the legacy dependencies in the capital markets ecosystem - from the physical leased lines that they acquire to connect to exchanges (where each line takes weeks or months to commission) to the third-party Order Management System (OMS) the team relies on to communicate with exchanges.

The Zerodha team, however, has been able to navigate these problems and reduce dependencies.

“What helps is that our core focus is not on features, but on problems. What can be done technology-wise to solve a problem? This thinking helps us build for scale,” Kailash says.