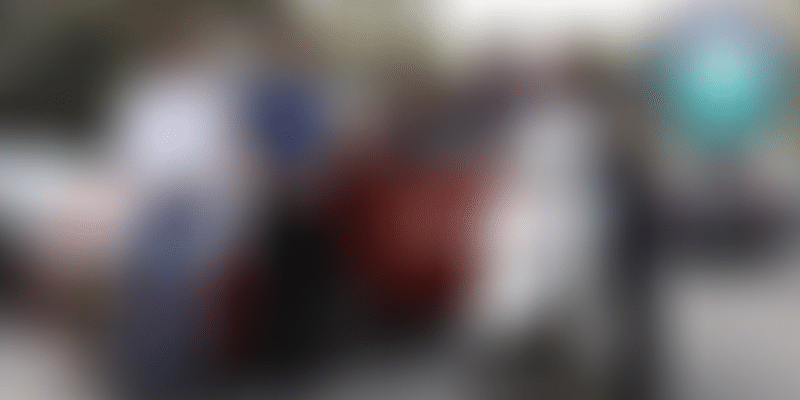 A product roadmap clarifies the why, what, and how behind what a tech startup is building. This week, we take a closer look at peer-to-peer vehicle sharing platform Drivezy, its journey till now, and what lies ahead in a coronavirus-hit world.

Across the world, mobility has taken a huge hit due to the coronavirus pandemic. A mobility report by Google revealed that India has shown a 77 percent drop in trips to public places amid the nationwide lockdown, and with the central and state governments urging citizens to stay home and maintain social distancing.

But that hasn’t stopped Bengaluru-based mobility startup Drivezy. Started in 2015 to help people rent self-drive cars, the peer-to-peer vehicle sharing platform has since then has expanded into two-wheelers and notched up a B2B consumer base as well.

The vehicle-sharing platform lets individuals rent cars, scooters, and motorcycles from people around them. It follows an asset-light business model, and has partnered with over 2,000 individual vehicle owners, fleet operators, and vehicle dealerships to enlist assets on its platform.

“Our rental plans absolve the need of high investments for owning an automobile as customers can rent a vehicle by the hour, day, week or month,” says Ashwarya Singh, Co-founder and CEO, Drivezy.

The mobility startup began with leasing around 250 cars. Today, it has expanded its services to include 4,000 cars and 16,000 two-wheelers. It also began operations in the US.

The change with coronavirus

The COVID-19 pandemic has altered the dynamics of shared mobility.

Ashwarya explains that while the lockdown has brought the leisure travel segment to a standstill, there has been a significant rise in demand for monthly leasing. The prime use cases are people who need to commute to their place of work. Apart from this, many have leased vehicles for two to three months as they may require transport to buy essential commodities or in the event of any medical emergency.

The startup says its bikes have been pressed into service to move thousands of executives who work for essential services like food, medicine, and grocery delivery companies in Karnataka and Telangana. Every vehicle is sanitised before being handed over to the customer.

“We are in talks with these companies for direct B2B leasing of bikes and cars in bulk. Being a B2C company, this will be a completely new vertical for us. We anticipate that the demand for leasing services will pick up as the lockdown eases over time as people will avoid cabs and public transport due to the risk of contracting the disease,” Ashwarya says.

The team, however, believes that mobility will continue to play a strong role in India. “Our country has one of the lowest per capita penetration of motor vehicles in the world. Moreover, the absence of robust public transportation infrastructure in most Indian cities creates a bottleneck for daily urban commuters,” Ashwarya says.

It all started with an accident

The idea of Drivezy came to Ashwarya when his new Ford Figo met with an accident.

“I barely used my car for more than an hour a day, and I spent a good part of my salary to maintain the vehicle. The accident made me realise that a lot of people my age might be facing the same conundrum,” Ashwarya says.

This was the lightbulb moment for Ashwarya, who was joined by his college friends, Hemant Kumar Sah, Vasant Verma, and Amit Sahu, to come up with a new concept: JustRide. The platform allowed people to rent cars for self-drive. Today, it has been rebranded to Drivezy and is present across India.

The platform competes with ZoomCar, Revv, and now even Ola’s self-drive division, but Ashwarya believes they have been able to stand their ground.

In April 2015, the team had started as a micro-leasing service, allowing customers to rent cars by the hour and day. For the first few months, they had a simple website that allowed customers to access the service.

“We could afford to hire only two engineers, and it took us three months to build the site from scratch,” Ashwarya says.

A seed round in August 2016 allowed Drivezy to expand the tech team and roll out apps on Android and iOS as the demand for services grew.

“We kept adding additional features to the application as our customer base grew and created a paperless operations process that utilised an in-house android app for fleet management, maintenance scheduling, and managing bookings,” Ashwarya says.

Putting two-wheelers on the road

In 2017, the co-founders decided to enter the two-wheeler segment, the preferred mode of commute in India. They started by rolling out weekly and monthly leasing plans for bikes and scooters.

“The lease plans became very popular in cities like Bengaluru and Hyderabad, and helped us expand our customer base even further.”

The entire technology stack, including all customer-facing applications and IoT infrastructure, were fabricated in-house.

The launch of two-wheelers, which was based on customer feedback, turned out to be a game changer. The startup witnessed organic demand from executives, who were keen to work for delivery services and upcoming bike taxi companies but did not own a two-wheeler.

“Today, we are the largest two-wheeler sharing service in India, with more than 17,000 bikes operational on our platform. These vehicles are used by executives who work with companies like Zomato, Swiggy, Dunzo, Rapido, Ola, and ecommerce companies,” Ashwarya says.

Working on a feedback loop

Being a two-sided platform, the team realised that it needed to take into account the requirements of customers and asset partners.

Drivezy implemented a regular feedback and rating system that allowed customers to offer suggestions and rate their rental experience. It also has comprehensive social media listening protocols that help the team keep a check on customer feedback and suggestions on platforms like Facebook and Twitter. Data accumulated from every platform is segregated by the customer care team and forwarded to the relevant team for action.

Ashwarya says the product has gone through “countless iterations, in terms of technology and business models”.

Moving away from an aggregator model

“When we first started, we had deployed an aggregator model and worked with licensed operators to enlist assets on our platform. However, with India being a supply constrained market, we soon realised that there were very few licensed operators in this business. We dropped this model and acquired our own licence,” Ashwarya says.

Under Google’s mentorship, the startup launched a peer-to-peer platform to enlist assets from individual owners, but this was also fraught with bottlenecks. “Few people in India owned a vehicle; even fewer were willing to rent it to strangers.”

In the next iteration, the team collaborated with a consortium of 25 banks and NBFCs to ensure financing for new cars. Ashwarya says they then reached out to people who wished to purchase a car but could not afford the EMIs.

“By monetising their vehicles through our platform, they were able to pay off the recurring monthly instalments without any financial burden,” he says.

Eventually, Drivezy replicated the same model for two-wheelers. But the growing scale of operations began to weigh the startup down. The team then decided to franchise the brand and decentralise all operations.

“As of today, we have 20 franchise units in five cities. The franchise model allows us to rapidly scale operations without any significant investment on our part,” Ashwarya says.

One of the major tech solutions the team has built over the years is the comprehensive IoT infrastructure that helps track vehicles round the clock. The system allows remote disabling in the event of theft or unauthorised use.

“The entire software system that runs the IoT devices on our vehicles was built by our team from scratch,” Ashwarya says. The team is now working on a smart lock system to be implemented in electric bikes “from next year”.

The COVID-19 pandemic may have changed dynamics, but Drivezy believes that the mobility sector will continue to grow in India. “We plan to scale electric two-wheelers to 21 cities in the coming years,” Ashwarya says.