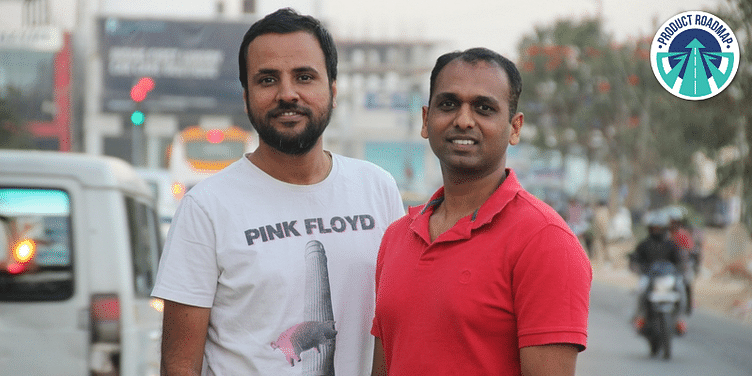 A product roadmap clarifies the why, what, and how behind what a tech startup is building. This week, we take a closer look at Bengaluru-based intra-city logistics startup Blowhorn, a tech-enabled platform that connects mini-truck owners and businesses.

Bengaluru-headquartered ﻿Blowhorn﻿ was built to solve the toughest logistic problems in an asset-light fashion. Claiming to be India’s first and only full-stack logistics company, Blowhorn has capabilities in all three elements of the logistics value chain: warehouses, transportation, and tech-enabled systems.

The intra-city logistics startup envisions moving logistics – be it 1 gm or 1 tonne - by building a same-day delivery network across India. By doing this at scale, it wants to democratise logistics services and help enterprises and SMEs.

How Blowhorn impressed the man who funded Skype, Tesla and SpaceX to make his first India invest

“If an individual wants to shift something from one place to another or if an enterprise wants to manage the entire port to intra-city logistics or deliver to end consumers in the last mile, we have the capability to execute it. Whether it is a fashion brand, which sells via multiple internet channels, or an agritech company distributing fresh farm goods, we facilitate it all using the same platform.”

The founders decided to stay bootstrapped until the startup started generating revenues. Blowhorn registered a 3x growth in revenue and maintained its capital efficiency in the first two-and-half years, Mithun says.

Today, the logistics startup is backed by billionaire venture capitalist Tim Draper, who has also funded Skype, Tesla and SpaceX.

Blowhorn’s first app focused on building “UI for the illiterate”. The idea was to build something really simple for the supply side of the business to use.

The team initially built a web application to accept bookings on blowhorn.com, which would take from addresses and to addresses, and select a time slot for the vehicle. Bills were paid via a payment gateway.

Mithun said, “It was easy. We allowed guest bookings without a login, added waypoints if there were multiple stops, and captured some information about the trip. This was in June 2014; it took us less than a month with one person working on it.”

The CEO says logistics is a low-barrier-to-entry but a high-barrier-to-scale business, and technology plays a major role in providing the competitive edge.

By August 2014, the team realised that it was difficult to make people use the technology seamlessly without mobile apps. The next step was to build an android version of the web booking application. There was also a need to reduce the clutter between operations and customers, with only five employees at the time.

The team went on to build a native driver partner app so that users could track the vehicle, call the driver, and have a hassle-free experience. The first products were focused on the supply side rather than the demand side.

“We quickly extended app coverage to both sides of the marketplace. We also continuously collected feedback from customers, and monitored app ratings and manual feedback. We kept iterating,” Mithun says.

By February 2015, six months after starting the company, Blowhorn had an iOS version of the customer app, along with geofencing, a custom-built pricing engine that allowed it to “invoice customers based on a number of value-added service parameters”.

Blowhorn had started off with a managed platform from Google App Engine (GAE), which was easy to build on with a custom angular and custom-based backend.

But it stumbled upon the classic challenge of managing systems complexity, as more and more enterprises started to use the platform.

“We quickly realised data had grown exponentially, and that the marketplace and enterprise businesses needed independent roadmaps. In May 2017, we planned a complete re-architecture of the platform. The objectives were to build a robust, order of magnitudes (10x) scalable stack and a uniform domain model for future,” Mithun says.

During scaling, tech costs skyrocketed. There was a loss of flexibility, but enough time to re-architect. Blowhorn had to let go of its legacy systems, which had several manual steps, and revamped to a mobile-first strategy.

Mithun says Blowhorn had a balanced mix of contextual intelligence in logistics and an understanding of what technology could accomplish.

The technology team initially deployed on Google cloud, and moved to Amazon Web Services. Today, the stack can be taken to any cloud-hosted platform.

The Blowhorn team took six months and completely transitioned to a docker-based Python and Django stack with multiple data stores like RDBMS, Mongo, and Redis, which supported open-source stack with no vendor lock-in.

“It is easy to kickstart a microservices architecture with the latest technologies, GOLANG in our case, and fail during implementation due to over-engineering or premature optimisation. Being pragmatic helped us build a simple yet robust system that could adapt to the 12-factor app-like principles, (the modern methodology to build SaaS apps), which augment the existing stack,” Mithun says.

When it comes to product development and its subsequent technological integration, iterating the product based on user-feedback loops is always a key pattern.

“When we were working on the fulfilment stack, we needed deep integrations to customer order and inventory systems for end-to-end tracking, and realised this would entail a lot of time coordinating across two tech teams. We built out a simple API interface, and asked our sales and marketing teams to pitch it to customers; now, we can integrate with ecommerce sites within one hour,” he says.

Mithun adds that standardising processes with templates and simple API integrations allowed this to happen. The constant feedback means very few parts of Blowhorn's code-based services don’t get updated monthly. The team kept refining and refactoring to reduce any technical debt built over multiple features on the same model.

One such instance is the marketplace model where the team originally required four steps before making a booking. It looked at real-time firebase updates, driver ETAs and estimates, and rewrote the entire flow in just two steps while still capturing all necessary data.

“Today, we work with a complex inventory - from omnichannel retailers, a multi-pickup/drop-off, enterprises that distribute multiple brands, or a nursery with agritech features. We have one driver partner app, which takes the shape of a typical transportation module (pickup/drop-off), warehousing module (scan barcode, deliver, MPOS, cash) or a last-mile module (returns, rejects, and so on),” Mithun says.