How this startup is fuelling Swiggy, Bigbasket, and Flipkart during coronavirus lockdown 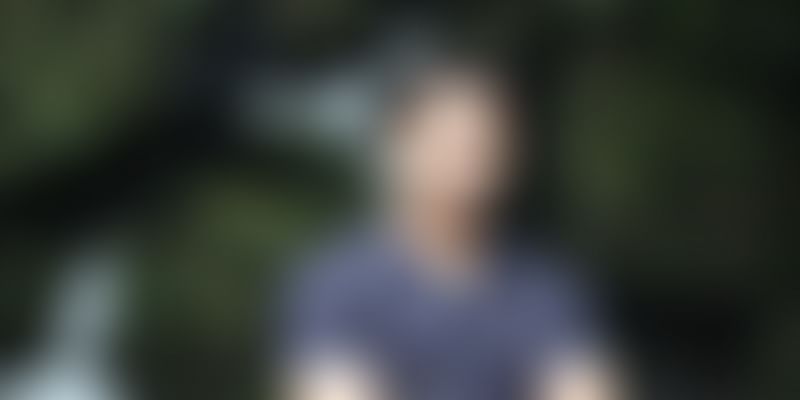 On-demand fuel delivery startup MyPetrolPump, which supplies fuel to OYO, Treebo, and delivery startups, is ensuring the fleet stays on the ground during coronavirus lockdown.

The lockdown due to the coronavirus pandemic has stalled all forms of commute across the country, except for essential services.

While startups such as ﻿Swiggy﻿, ﻿Zomato﻿, ﻿Bigbasket﻿, ﻿Flipkart﻿, ﻿Amazon﻿, ﻿Dunzo﻿, and ﻿Grofers﻿ have stepped up their game by delivering goods to citizens at their doorstep, and ensuring they stay safe at home during the crisis, Bengaluru-based ﻿MyPetrolPump﻿ is ensuring it leaves no stone unturned to deliver fuel to these companies.

MyPetrolPump provides on-demand fuel delivery service to businesses for backup generators, fleet vehicles, and industrial machinery use. In the current scenario, it is helping hospitals and apartments with their generators, and is also supplying fuel to Bigbasket, Flipkart, Amazon, and BigBazaar for smooth operations.

Ashish Gupta, co-founder MyPetrolPump, says: “In the midst of Covid-19, where the whole country is suffering from delivery of essentials products and services due to complete lockdown, the MyPetrolPump team has been working day and night to deliver required fuel. Our contributions, specially delivery team’s contributions, are not visible as we don’t serve consumers directly, but we serve companies who ultimately serve consumers. We are part of the effort chain in current crisis.”

How is it helping?

Due to the lockdown, the demand for delivery services has increased significantly, and due to this, MyPetrolPump has launched 24/7 delivery operations. The team has been focussed on sending re-fuellers to different delivery company warehouses to ensure the delivery vehicles are refuelled before they set out on their daily rounds.

Ashish says, they have also ensured their employee safety by procuring all safety gear such as masks and sanitisers.

“The most important thing we did was giving advance salaries to all our operation staff, including drivers, so that they can send that money to their home to take care of all essentials during the lockdown. We have also provided temporary housing for all our delivery staff so that they don’t have to commute from their home to work and stay safe. We have also got COVID-19 health insurance for all the staff,” he says.

Explaining more about the startup, Ashish says, “We have a mini-mobile fuel station that goes to consumers place and delivers fuel - be it vehicle or generators, just like it’s done at the fuel stations. MyPetrolPump is currently providing mobile refuelling service at the doorstep of customers.”

However, Ashish says, developing mobile refuellers comes with several challenges. One, it should be safe to be driven on Indian roads, then the height and width should be such that it can have access to all possible roads, parking spaces, and it should carry enough fuel to serve at-least 20-100 customers.

“MyPetrolPump spent about a year to develop such refuellers. We adopted many design features from aircraft refuellers that are seen at small airports, and customised it to deliver fuel in smaller quantities to vehicles and generators. We bootstrapped the initial R&D work from our lifetime savings, and we also got government funding to further develop and bring product into the market. In parallel, we built mobile apps for customers to place orders, monitor the delivery, make payments and analyse, and to manage their requirements,” explains Ashish.

The biggest challenge for the startup was the adoption of the service. Ashish says when their sales and marketing teams approached the customers in the early days, most would assume that the fuel would be delivered in barrels or jerrycans.

“We had to develop a mobile refuelling system that is faster, economic, and time-saving for consumers. Our re-fueller delivers 60 litres per minute (that is, at a rate of 1 litre per second) while fuel stations deliver at 10 litres per minute,” says Ashish.

The team adds that the mobile refuelling solves the problems of time wasted at fuel stations, reduces the chances of fuel pilferage, dead mileage, or fuel and miles wasted in transit to fuel stations.

Ashish says, the startup also reduces productivity loss as the vehicle does not have to stop and wait in a queue for filling up.

“While we offer refuelling, we also have developed online dashboard for our customers though which they have real time visibility of how much fuel each and every vehicle has been filled with and how the consumption of fuel has happened over time. Any spike or deviation in consumption is flagged automatically for possible fuel theft. This real time monitoring of fuel usage and procurement is not available when businesses use fuel stations,” says Ashish.

The payment is also done directly on the platform, and businesses don’t have to rely or trust their drivers for carrying cash or manage payment at fuel stations using bank cards.

“Our head-office is based in Bengaluru, and we are also operational in Hyderabad and Pune, and we will soon be launching in all 20 metro cities in India,” says Ashish.

Starting an on-demand startup for fuel

“I lived on a small island with only one fuel station in service. Every weekend, people would drive down 25 kilometres, cross a jetty, and queue up several hours to get their vehicles refuelled. I would envision a day when fuel stations could just come home and allow people “to be lazy on a weekend”. I went on to quit Shell in April 2016 and returned to India and spent the next six months researching gas stations, fuel delivery, and the entire oil and gas logistics ecosystem here,” says Ashish.

He discovered that India was running short of 100,000 fuel stations to fulfill the demand of fuel consumption conveniently.

“The only practical and economically efficient way to solve such a dire scenario is to stop building fixed fuel stations and adopt a totally new approach switch to tech enabled mobile refuelling service that would be easy to monitor, convenient, analyse and plan the needs,” says Ashish.

Additionally, India has a unique problem of electricity blackouts. The current average is less than 18 hours of a day of electricity in Indian cities, which causes more than 20 million residential and commercial buildings run on backup generators which require diesel.

“The problem of managing fuel requirements is even more acute in large volume business consumers segments such as fleet operators who burn huge amount of dead mileage and incur loss of productivity while sending all their fleet buses, trucks, and cars to fuel stations just to fill up. These fleet operators can’t set up their own storage for fuelling their vehicle in their premises due to the requirement of huge upfront investment, working capital, and super complex regulatory permissions,” explains Ashish.

Ashish, also with his co-founder and tech head - Nabin Roy, who was earlier at Infosys, pooled in Rs 1 crore each to set the ball rolling. After one year of R&D, testing, pilots, and some government grants, they launched commercial operations in September 2017.

MyPetrolPump won Rs 20 lakh in cash prize at Elevate 100, organised by the Government of Karnataka, in 2018. Earlier this year, it was awarded $10,000 for winning the Wharton India Startup Challenge. Last year it raised $1.62 million as a part of its seed funding round led by Venture Highway Capital, with participation from US-based seed accelerator Y Combinator.

Apart from MyPetrolPump, Delhi-based startup Humsafaar also provides doorstep delivery of fuel. As of January 2019, MyPetrolPump claims to have processed over 30,000 orders, and generated revenue of Rs 15 crore in the last financial year.

Speaking of their future plans, Ashish says, “We are working to start our service to help farmers in rural areas who also face the challenge of fuel delivery for their farming equipments such as tractors, tube wells, etc. We also plan to serve millions of fishermen across a the coastline in India as there are no fuel stations for boats along the coast. We also want to serve container ships and barges when river and sea water route opens in India for transportation of goods.”