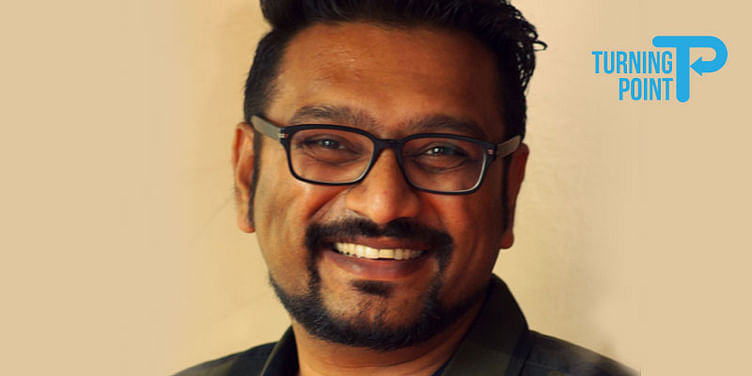 The Turning Point is a series of short articles that focusses on the moment when an entrepreneur hit upon their winning idea. Today, we look at Bengaluru-based peer-to-peer Indian language content platform Vokal.

Focussing on the next billion has been the theme for startups since the end of 2018. But Aprameya Radhakrishna, Founder of TaxiForSure, and Mayank Bidwatka, who was a part of the core team at redBus and went on to found several startups, had a different take on local language content.

Post TaxiForSure’s acquisition by Ola in 2015, Aprameya was entrenched in the startup ecosystem as an active angel investor and advisor but hadn’t launched another venture.

Until 2017 when he announced his next startup - Vokal, a peer-to-peer Indian language content app – in a long social media post.

The Bengaluru-based startup is a user-generated content platform that allows one to learn from others.  According to Aprameya, there is a lack of high-quality content in Indian languages that can cater to the masses.

He believes that the economic disparity in India is primarily because of a ‘knowledge disparity’. And this happens because most of the information we have today is in English. And India isn’t primarily an English-speaking country.

“It isn’t difficult for you and me to find answers for any query or doubt that we have. We just have to pick up our phones and look for the answers online. But, if you sit back and think, you realise that only a small sliver of the Indian population who is fluent with English can do that. What about those who aren’t fluent with English language but are fluent in a native Indian language? Vokal has been built keeping that audience in mind.”

After discussing this idea for over a year with Mayank, the duo started with the premise that while people knew that they wanted to say and express, few could actually create content.

People – Aprameya and Mayank realised – needed to be nudged towards creating content, and in that sense, a question-answer format worked as the best context setter.

Indian language content platforms are fast-growing, like ShareChat, DailyHunt, and TikTok to name a few. Vokal, however, is more focussed on peer-to-peer content creation. According to a RedSeer report, digital advertising spends in regional media are set to grow from $300 million in 2018 to $3 billion by 2023.

Vokal today has raised $6.5 million in total funding, and claims it has 20 million MAU (monthly active users). The platform is also seeing unprecedented growth due to the coronavirus pandemic as more people are seeking information around the pandemic.

The founders claim that the startup is now seeing a 300 percent week-on-week growth.