From PG Wodehouse to Sue Townsend, get your dose of screen-free humour with Storytel 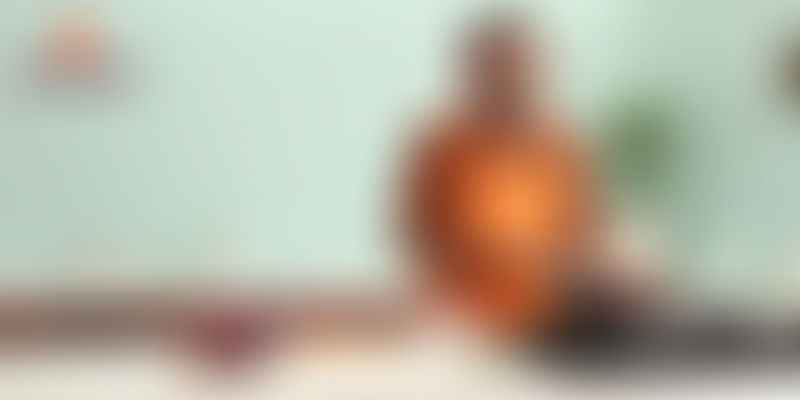 They say laughter is the best medicine. So tune in to these rib-tickling audiobooks to brighten up your day

The perils of an extended lockdown, the rising number of COVID-19 cases and fears about the uncertain future have unfortunately become a mainstay in our lives. Amid keeping children and yourselves occupied, managing chores and work, and the compulsive cleaning brought about by the virus scare, is exhausting.

While the future may look bleak in the current scenario, there is no better time than today to practice the age-old adage — ‘Laughter is the best medicine.’

In fact, some studies even suggest that laughing 100 times a day has the same cardio benefits as a 20-minute aerobic workout! While this doesn't mean you should swap your workout time for a Simpsons marathon, turning to humour in times of stress and uncertainty can do wonders for you.

Even as social distancing norms become tighter and millions work from home, the total TV viewership across India grew 5 percent to 906.2 billion, from 865.9 billion in a matter of just one week. While on-screen entertainment is taking up a large chunk of time, some off-screen entertainment has become necessary . You need not look far for that. Just tune into Storytel - the audiobook streaming app – and listen to the audiobook versions of classic humour books that make you smile, laugh and guffaw with clever lines, eccentric characters and a great style of narration.

Let’s channel Bob Hope as he says - “I have seen what a laugh can do. It can transform almost unbearable tears into something bearable, even hopeful.”, and tune in to these audiobooks for your off-screen humour fix.

If Cats Disappeared From the World by Genki Kawamura

This international sensation from Japan gained widespread acclaim after its movie adaptation was released in 2016. However, the book has a loyal fandom too, and not without reason. This heartwarming, funny and profound story follows an unnamed protagonist, diagnosed with a brain tumour, who makes a deal with a Hawaiian-shirt-clad-Devil to sacrifice one thing in the world in exchange for an extra day of life. While he gives up phones and films, his pet cat, Cabbage, is too dear to him to give up. In dealing with the Devil, the protagonist takes himself – and his beloved cat – to the brink. Midway through the book, the ostentatious cat becomes the narrator to some strange, often hilarious results. Narrator Brian Nishii, who is no stranger to the world of audiobooks, brings his multicultural sensibilities to this project and makes for an engaging, thoughtful listen, with just the right sprinkling of humour.

My Sister, the Serial Killer by Oyinkan Braithwaite

Sharp, explosive and hilarious is the best way to describe this phenomenal debut book by the young Nigerian writer, Oyinkan Braithwaite. Shortlisted for the 2019 Booker Prize, this audiobook is laced with dark comedy, scintillating characters and oodles of wit. “Hers is the body of a music video vixen,” narrates Weruche Opia as Korede - the bitter protagonist of the book, whose younger sister Ayoola has a rather bizarre habit of killing her boyfriends. While Ayoola makes for an intriguing character, it is Korede who steals the show as someone who knows the best solutions for cleaning blood and has a car whose trunk is big enough to fit a body. As funny as it is terrifying, Opia’s deadpan narration blends in perfectly with the theme of the story. It’s a delicious listen if black comedy and dry wit is your thing.

The satirical ramblings of a frustrated thirties-something Bridget, who navigates everyday struggles of life in London, is perfectly captured by the spunky Imogene Church as she narrates this audiobook with aplomb. The audiobook is told in the form of a diary over the course of one year, chronicling Bridget's "Singleton" anxiety about never finding ‘Mr. Right’, and the resentment that she feels about searching for one. Each diary entry precedes a tally of her success or failure at limiting alcohol, smoking and calories, peppered with some classic British humour. Sample this - “Cigarettes: 40. But have stopped inhaling in order to smoke more.” Imgoene’s cadence adds to the humour as you get engulfed in Bridget’s whirlwind of a life. This one will definitely put a smile on your face.

Three Men in a Boat by Jerome K. Jerome

On the off chance that Jerome’s self-deprecating English humour in Three Men in a Boat doesn’t make you smile, Frederic Davidson’s narration sure will. The prolific narrator of over 700 audiobooks, Frederick he was one of the first inductees into the "Golden Voice" hall of fame started by the trade publication AudioFile. This book, though meant to be a travelogue of sorts, turned into one of the funniest stories of all time, more than 100 years since it was published. It follows the adventures of three friends, who all suffer from peculiar ailments, on a boat trip on the river Thames, along with their dog, Montmorency. The journey is undertaken with the hope of curing themselves of the ailments, but soon turns to adventure as they meet some memorable characters and end up in sticky situations. Frederic captures Jerome’s digressions and random anecdotes -- often reminiscent of PG Wodehouse -- with his trademark breathy style. While you may not be able to travel for a while amid the lockdown, find solace in this journey down the Thames with the quirky trio.

The Dilbert Principle by Scott Adams

Scott Adams, the creator of the charming Dilbert comic strip, known for its satirical office humor, takes a look at corporate America. It encompasses several Dilbert comics as well as Scott’s own thoughts on everything from managers, sharing cubicles with colleagues to downsizing. The book starts off with a fun introduction to cover some of the horrible business ideas out there, and how businesses have an unfortunate tendency to resemble Dilbert comics (a horrible result!) Broken down into chapters like ‘Great Lies of Management’, ‘Humiliation’ and ‘Pretending to Work”, the book presents a funny take on the thought process of managers and companies towards its employees. If you are missing your office banter while from home, this audiobook is your perfect fix. Narrated by the author himself, it makes for a fun, breezy listen.

The Secret Diary of Adrian Mole, Aged 13 ¾ by Sue Townsend

A bookshelf staple of teenagers across the world, this charming and witty novel in a diary style turns even more entertaining in the audio form. Narrated from the point of view of a teenage boy, it contains a unique brand of hilarity making it appealing to both adults and children. Designed to entertain, the author also uses it as a vehicle for social commentary and highlights flaws in society. At school, Adrian deals with a bully while at home he’s a naive observer of the breakdown of his parents’ marriage, all the while describing his teenage anxiety with cathartic purging. The genius behind Adrian's diaries are the clues about other characters’ shenanigans, which elude him until it's too late. Narrated in a highly engaging manner by Nicholas Barnes, listen to this one with your rambunctious kids.

This collection of short stories is one of Wodehouse’s early works. It is an intriguing collection, where most of the stories concern relationships, sports and household pets, and interestingly does not feature any of Wodehouse's regular characters, except ‘Extricating Young Gussie’ which introduces the beloved character Jeeves for the first time. Almost all stories in this collection have that trademark Wodehouse style and wit - a master of clever language. The title story is heart-warming for anybody who spends "too much time" reading books and a great listen to those who enjoy a well-written sentence, again thanks to the late Frederic Davidson. With stories about the romance between a girl and a would-be playwright, the rivalry between the ugly policeman and Alf the Romeo milkman and more, this is one enjoyable audiobook.

Lucy Sullivan is Getting Married by Marian Keyes

If any book can equal the charm of Bridget Jones’s diary, this is it. Marian Keyes creates an unforgettable character with Lucy and places her in a hilarious, heartbreaking, and ultimately touching story about one young woman’s search for love. Lucy is the kind of woman who thinks that any man who's decent to her must be Mr. Wrong. But when she visits a fortune-teller with a trio of mismatched friends, a marriage is predicted for the near future. What follows is a rollercoaster of sticky situations, run-ins and mystery men. The narration by the talented British actress Amy McAllister is descriptive and engaging and makes you root for the not-so-bright Lucy.

Diary of an Expat in Singapore by Jennifer Gargulio

Based on the author’s popular blog of the same name, this audiobook is a laugh riot with anecdotes, lists and quick-witted observations of life in Singapore. From enlisting her son’s help in figuring out conversations at the salon to misunderstandings and run-ins with amusing characters, this audiobook is a must-listen. The narrator delivers the witty one-liners and the protagonists attempts at adjusting to life in a new country with flair and a distinct style, making everyday situations seem funnier. The language is urban, tongue-in-cheek and makes for a great listen on days you feel like watching – for the want of a better word – ‘chick-flicks’.

This satirical sci-fi work is a unique blend of dry humour, science and theology all rolled into one. It follows the journey of one man’s attempt to learn about Felix Hoenikker - the fictional creator of the atomic bomb. The result is a work of literature exploring death, destruction, religion and the threat of humanity. But under this seemingly sombre theme, Kurt’s dark humour shines through, complemented wonderfully by the narrator of the audiobook Tony Roberts. This apocalyptic tale may seem daunting at first, but keep listening to unfold a hilarious, utopian peek into the future.