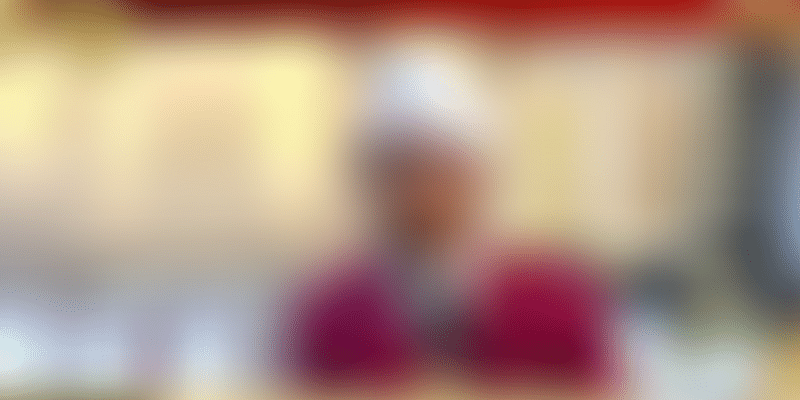 Children are considered to be the nation’s future, and Onkar Singh Batra from Jammu has proved this statement correct. Studying in Standard 10 at BSF Senior Secondary School, the child prodigy from Jammu has built the COVID Care Jammu website to help solve the coronavirus crisis.

Onkar has developed the website in partnership with the volunteer of doctors from the Government Medical College (GMC) to provide medical facilities to the users. Residents of Jammu can use this website to chat with doctors regarding COVID-19-related issues.

People can also use the portal to self-test through its COVID Self Risk Assessment (SRA) which is sourced by the Apollo Hospital. It also offers an initiative named ‘Talaash COVID-19’, using which people can report their COVID-19 symptoms. Once a user reports their symptoms, a medical team will then contact the user.

Humans can be #lockeddown but #Entrepreneurs unlock many opportunities despite all challenges!#Jammu lad #OnkarSingh, 10th student from BSF Sr Sec School, Jammu, has created a website https://t.co/mV1GP71coF for the Jammu to combat with Corona virus in an online way. pic.twitter.com/hIGWvn0Td2

“Anyone from Jammu can chat with doctors online for their coronavirus-related queries. One doctor can connect with around 50 people at a time, “ Onkar told YourStory. Onkar also explained that while the self-assessment feature is accessible by people across the country, reporting of cases and calling of an ambulance is currently available only in Jammu.

Peek inside the mind of the prodigy

A triple world record holder, Onkar said that he developed the website within 17 hours. “Had the 4G network been made available in our state, I could have built it in five to six hours,” said Onkar.

Onkar first made it to the Guinness Book of World Records at a young age of seven, for being the ‘World’s Youngest Webmaster (male)’ after building his first website. Further, he also holds a world record for being the Youngest EMF Researcher in the world recently, and he also became the World’s Youngest Theoretical author at the age of 12 after publishing his book 'When The Time Stops.'

In January 2020, Onkar received the ‘Bal Shakti Puraskar’ (National Child Award) from the President of India Ram Nath Kovind. He has also founded two companies — Batra Technologies in 2018 and United India Publishing in 2019.

While Onkar has been winning both national and international awards from a younger age, the Jammu boy says that managing both his studies and research has been chaotic. Onkar, who will be appearing for board examinations next year, wishes to go abroad for his higher education and complete his academic research.

Onkar has been seeking help from the central government for developing digital infrastructure in the Jammu region. Speaking about his classes amid lockdown, Onkar said, “The lack of 4G availability in the region has resulted in slower Zoom classes with network disturbances.”

Onkar’s interest in computers came from his father who works in the IT space. “My father used to work in the IT space at a time when computers were just upcoming in the region. This sparked my interest in computers, and with the help of my parents, I began learning about technologies. Within two years, I tried to learn almost everything about coding starting from HTML to JAVA,” Onkar added.