We plan to focus on driving the next billion market, says Ritu Verma, Co-founder, Ankur Capital 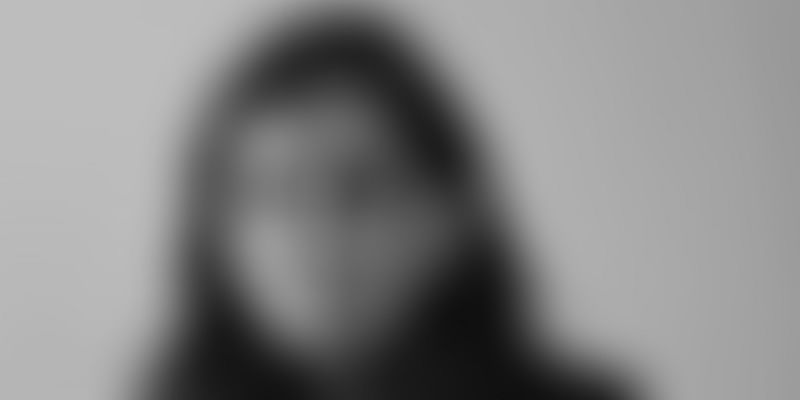 In this week’s 100x Entrepreneur Podcast, Ritu Verma, Co-founder and Managing Partner of Ankur Capital, discusses why her VC fund is betting big on agritech and healthtech sectors in India.

Ritu Verma co-founded Ankur Capital along with Rema Subramanian in 2013. Focusing and investing in agritech and healthcare sectors, Ankur Capital has successful startups including Niramai, Karma Healthcare, CropIn, Jiny, BigHaat, and Health Sutra in its portfolio.

In the latest episode of the 100X Entrepreneur podcast by Prime Venture Partners, a series featuring founders, venture capitalists, and angel investors, Ritu spoke to Siddharth Ahluwalia on why Ankur Capital is betting big on agritech and healthcare in India.

From physics to VC

A PhD in Physics from the University of Pennsylvania, Ritu started her career as a Senior Product Manager at Unilever, and later worked in Marketing Strategy at Philips. She then did her MBA from INSEAD, before taking the VC route.

“For me, being in the business industry is like being a physicist,” says Ritu.

However, during her time at Unilever, she had the experience of developing innovative products and taking them to the market, in a commercial perspective. This included navigating to find the right product-market-fit, and learning from the market and failures along the way. “This theme continues to be in what I do as a VC today,” Ritu explains.

Despite entering the startup ecosystem, Ritu did not choose to take the entrepreneurial path. She believes that she did not have the “one burning idea that I was super passionate about”. Instead, as a VC, she gets to sit at the ringside of many innovations and observe how they scale and mature.

Getting the bets right

Among the first few investments led by Ankur Capital included CropIn and Niramai, which have now grown to be successful startups.

Ritu says, while working for Unilever, she got the opportunity to interact with the mass market, which is usually addressed as the next billion internet users now. Closely studying the users living beyond the urban centres made Ritu and her co-founder Rema excited about the opportunities in these markets. This led the duo to invest in CropIn -- a technology company in the agricultural sector.

Similarly, talking about Niramai, Ritu says that some traditional methods were still being used to screen breast cancer. However, in India, it was difficult to execute these methods, not just due to the cost of the machinery, but due to the lack of adequate skills. Niramai removes those challenges. Its artificial intelligence-based software doesn’t need experienced radiologists, thus helping unlock a market which was not possible until recently.

“It is entrepreneurs like these who are kind of solving for some of these larger markets that led us to invest in their companies,” Ritu says.

Ritu says that Ankur Capital has been focussed on the agritech and healthtech sectors, and it continues to be bullish about these two sectors for the next five years as well. She adds that agriculture is a legacy industry that technology has touched, and there are four areas in the agricultural sector that will make it big in the next five years.

One is agri inputs. It is an up to Rs 70,000 crore size industry, but comes with challenges in the supply chain. This same problem exists in the output side -- transferring the output from farms to the end customers.

“Fraught with a lot of issues of inefficiency is the lack of information and information asymmetries that lead to pockets of price gouging, and technology is capable of solving all of this,” Ritu explains.

Additionally, the digitisation of these two parts means unlocking information about the processes, financials, and governments. Once this issue is solved, it will give rise to financial opportunities in the agricultural sector. “I don’t just mean loans to farmers. It’s creating products and insurance schemes,” she clarifies.

Finally, agriculture is a global play, and with India having good tech talent and having developed world-class products and data that are applicable for a large part of the flow, there will be a globalisation of Indian technology in agriculture as well.

“All of these are worth billion-dollar opportunities, and I think that is investable, and offers a lot of opportunities,” Ritu says.

Ankur Capital recently announced its fund of Rs 350 crore, and Ritu says that their deployment strategy continues to remain similar to what it was earlier, except they have a larger cheque size this time and expect to go deeper. Ankur Capital will focus on driving the next billion market. Besides continuing its focus on agritech and healthtech, it plans to bet on the fintech sector and technologies vernacular technologies, among others.

Earlier, Ankur Capital would invest a million dollar, but now it plans to increase its cheque size to $5 million. “We will still start early and look to support a company through its pre-Series A to Series A journey,” Ritu says.

Additionally, she reveals that Ankur Capital plans to fund around 16 to 18 startups with its latest fund.