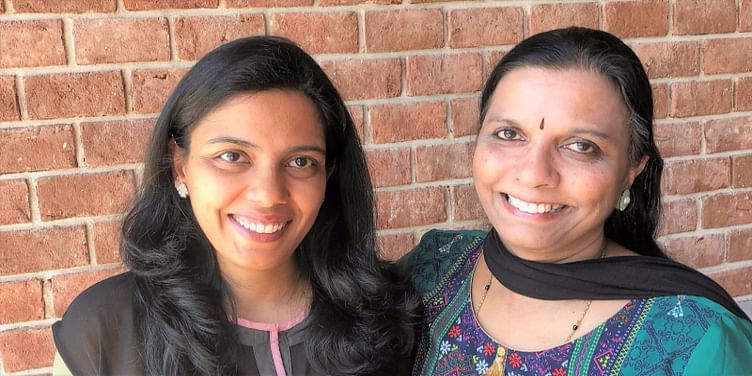 Healthtech startup Niramai uses artificial intelligence to detect cancer in the early stages with non-invasive, radiation-free and painless methods. With over 30 installations at hospitals and diagnostic centres across 10 Indian cities, the team wants to eradicate breast cancer deaths.

One woman is diagnosed with breast cancer every four minutes.

One in 22 women develops breast cancer.

An alarming 17.3 lakh new cancer cases are likely to be reported by 2020, according to a Cancer India Statistics report.

These statistics are staggering and drive home the point that breast cancer is afflicting a lot more women, including those in a significantly younger age bracket these days. Unfortunately, the ways of detecting the problem have remained the same for several decades now.

When YourStory spoke to Niramai in 2017, the team had raised seed funding of $1 million from Pi Ventures, and had just started clinical trials. Today, the team owns nine US patents and one Canadian patent. The startup is the only Indian company listed in the 2019 cohort of AI 100 Startups in the World by global business data intelligence platform CB Insights.

The team, which is continuing with clinical trials, has regulatory clearances from the Ministry of Health and Family Welfare, India, Drug Control General of India (DCGI), and Central Drugs Standard Control Organisation (CDSCO).

A researcher for over 25 years, Geetha got the idea of Niramai after she lost two of her family members to cancer.

“I was working with my teams at previous multinational companies on how we could use AI for different sectors like healthcare, transport, and others. We worked closely with several US-based healthcare institutes. At this time one of my close cousins was detected with breast cancer. Within a few months, my husband’s cousin too was detected with breast cancer,” Geetha recalls.

Both the women who were detected with cancer were under 45 years of age, and this came as a shock to Geetha. And as she was already working on research in healthcare, she decided to look at breast cancer more closely. While talking to different researchers in the US, they mentioned thermography to her. However, many, healthcare institutions didn’t use thermography due to the prevailing accuracy issues.

Out of pure curiosity and with no goal, Geetha began looking at the process and began studying the global breast cancer scene.

“I realised that most cases were detected in the later stages. We realised that the accuracy issues of thermography could be easily tackled using AI with the work we had done on imaging and AI,” Geetha says.

Nidhi, who then was working with Geetha, decided to join hands with her. The duo started Niramai in 2016.

Why look at a new way of screening?

Geetha explains that there are limited methods of detecting breast cancer. The most common is mammography, which tries to find malignant lumps in the breast using density differences. Geetha says it uses X-ray to do so, where the lumps are seen as white.

“Since it uses X-ray, you cannot go for a test more than once every two years as it could cause radiation problems. Also, women under the age of 40 have denser breasts; this means the whole breast appears white in a mammography for a woman under 40. This doesn’t help, and it doesn’t work,” Geetha says.

This eliminates over 50 percent of the women from getting a regular breast cancer test. Also, a mammography can be extremely painful and uncomfortable.

Younger women need to use ultrasound, which is a cost to hospitals as they need highly skilled radiologists to spend close to 25 minutes on the complex process. Each test costs Rs 3,500, and the mammography tests aren’t available in every city.

“Many people for reasons mentioned above don’t come for the test. Also, all hospitals cannot afford a machine that costs Rs 1.2 crore, making it a broken effort,” Geetha says.

Many women end up taking a test only when they accidentally detect a lump. “This is what we wanted to change,” Geetha says.

How does the product work?

The company’s product, Thermalytix, is a portable, non-invasive, radiation-free, and non-contact solution for early stage detection of breast cancer. It measures the temperature of the chest region.

“A thermal imager is placed three feet away from the person. The sensor captures images and temperatures of the chest. There is no contact, and there is a screen between the person and the technician. It’s like a changing room experience,” Geetha says.

The whole process takes 10-15 minutes, after which a report is generated. The test costs Rs 1,500 in a hospital, one-third of what is currently charged. Niramai gets a percentage as commission.

While the team didn’t mention the exact commissions, Geetha explains that these were basis different models that the team is following. She says if a hospital is looking for a rental model, then Niramai gets a percentage of the usage and if the hospital chooses to buy the product, then the costs differ.

“Niramai Thermalytix has the potential to save many lives, not just from breast cancer but eventually other diseases as well,” Geetha says.

Just last month, Niramai announced that it will leverage its Thermalytix technology to detect the presence of live adult worms of Onchocerciasis, which causes River Blindness and significant disability. As a non-invasive method, it is expected to help assess the efficacy of new drugs being developed to control River Blindness by killing the adult worms. This in turn should help accelerate the elimination of the disease, which has affected nearly 17 million people in Africa today. The project will run with support from the Bill & Melinda Gates Foundation.

Since both Nidhi and Geetha come from software and tech backgrounds, they conceptualised the design and experience of Thermalytix. They then built the prototype.

It took them three to six months to build the software and AI algorithms behind the testing product. The product was first launched at BMS Hospital, Bengaluru, in August 2017. The team decided to buy CEA and FDA-approved commercial thermal cameras and then connect them with a laptop that runs the Thermalytix software.

“We believe that Niramai’s team and technology will create a significant difference in early detection of breast cancer, and are happy to continue backing them in their journey. AI diagnostic tools are helping doctors scour through data to better diagnose a variety of abnormal conditions and is the only way to bridge the huge demand and supply gap when it comes to quality healthcare.”

The device now has the capacity to detect over 4 lakh temperature points per person. “This even helps us detect where the blood vessel is,” Geetha says. The platform can detect over 100 thermal patterns and combinations, which then gives a breast health score. If the score is high, the person needs a follow up test.

Niramai is at present also working with corporates for screen tests in offices; they charge Rs 600 per test.

Eto Munehiko, Managing Director, Dream Incubator Advisory and Investment India, adds, “The disruptive AI-based technology is key to early detection of disease and saving lives, especially where there is a shortage of skilled medical professionals and dense breast ratio is high.”

Bringing in the awareness

Healthtech is the next frontier, and there are a million problems waiting to be solved using technology in India. According to a recent KPMG report, “Even though multiple advantages are provided by healthcare startups, they have not yet received a steady stream of funding to support their venture.”

Many Indian startups are now looking at different ways to detect cancer. Sascan’s multispectral camera is a non-invasive and real-time solution to screen and detect cancer cells in the mouth. Then there is Exocan, which uses exosomes to detect cancer. It can be used for molecular diagnosis of cancer without biopsy or scanning.

Theranosis is working on a type of liquid biopsy that detects live cancer cells in blood circulation. Onward Health uses a histopathology tool that helps labs process twice the number of samples with the same resources.

Niramai is also working to create awareness among women. Geetha says many women are hesitant to walk into hospitals to get a cancer test done. “We have opened a centre at a mall in Hyderabad; that makes it simple for women to walk in and get the test done,” she says. There have been over 20-25 tests every month, in the past few months.

“We feel that late detection of breast cancer is a global problem. We want to reach every woman on earth. In the short term – this and next year - we want to reach pan-India. We aim to expand to other Asian countries next year, and Europe and the US after that. The technology is also helpful for other type of diseases, and we can look at detecting other abnormalities in the long term,” Geetha says.