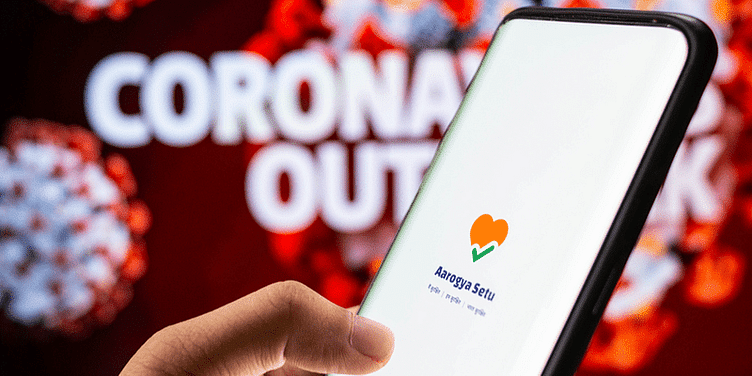 Aarogya Setu app has been launched for one model of JioPhone for around five million users and will be launched for other models in the next few days.

A version of COVID-19 contact-tracing application, Aarogya Setu, is now available on a model of JioPhone for about five million users, and will be rolled out for other models in the next few days, a top NeGD official said on Thursday.

Aarogya Setu was so far available on both iOS and Android, and nearly 10.19 crore users have downloaded the app. It has now been made mandatory for government and private sector employees as part of nationwide efforts to combat the spread of coronavirus.

"The endeavour of the government is to ensure that everyone is safe and everyone who has a phone on which the app can be installed should be able to get it," Abhishek Singh, President and Chief Executive Officer of National e-Governance Division (NeGD) told PTI.

He added that the app has been launched for one model of JioPhone on Thursday for around five million users and will be launched for other models as well in the next few days.

"JioPhones run on KaiOS operating system, which is different from Andriod and iOS...So we have developed version of Aarogya Setu for KaiOS, and it has been released today," he said. NeGD has helped develop the KaiOS version of the app.

An e-mail sent to Reliance Jio did not elicit a response.

"Every model tends to have some peculiarity and for that the application requires a little bit of tweaking which is being done," Singh said.

The mobile application, Aarogya Setu, is used by the government for contact tracing and disseminating medical advisories to users in order to contain the spread of COVID-19. The Union Home Ministry has also said the mobile app will be a must for people living in COVID-19 containment zones.

IT minister Ravi Shankar Prasad had said Aarogya Setu is "secure" and there was no privacy breach in it, rejecting charges that it was a "sophisticated surveillance system" that was leveraged to track citizens without their consent.

The 'Aarogy Setu Interactive Voice Response System' too has now been implemented to include citizens with feature phones and landline connections under the ambit of the 'Aarogya Setu' mobile application.

In India, economic and business activities are now slowly restarting outside containment zones, and partial movement has resumed within States, in the third phase of lockdown.

Earlier while announcing the extension of the nationwide lockdown till May 17, government had issued guidelines permitting different sets of relaxations in green, red, and orange zones — thus paving the way for a staggered exit while reopening the economy.

As on early Thursday, the death toll due to coronavirus pandemic stood at 2,549 while the cases have risen to 78,003 in the country.