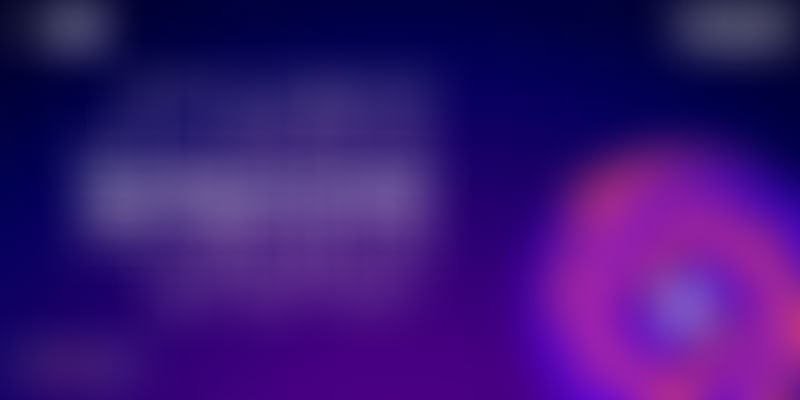 Design is now a key part of all of our lives, as this upcoming DesignUp panel explains. People rise to the occasion during a crisis, and the current pandemic, while posing severe challenges, is also unleashing creative responses.

The team behind the DesignUp conferences has put together another outstanding online panel, May The 4th Be With You, to be held this coming Monday evening, May 4, from 5-6 pm. YourStory is the media partner for the event (click here for free registration).

The panel will consist of a rapid round of eight lightning-sharp presentations (inspired by the lightsabre fights of the Star Wars movie series). Eight experts from fields including design will offer a peek into the “near future and futures far far away”.

In this two-part preview article, the designers on the panel share insights on how pandemics through the ages have led to the redesign of infrastructure and behaviours, new responses sparked by the COVID-19 pandemic, and what we can do to learn about new possibilities. See our three-part coverage of their earlier panel ‘DesignUp Circuit: The pandemic’s impact on design as a business.’

“Pandemics in the past have led to redesigned cities, infrastructure, architecture, and interiors – all in the name of minimising the risk of infectious disease,” explains Shaheena Attarwala, UX Director at ZoomCar, in a chat with YourStory.

Pandemics in the past have forced the human race to push the boundaries of problem-solving and design scalable solutions. “The cholera outbreak in London in the 1850s eventually led to a sanitary reform movement, and created infrastructure for drinking water and sewage. That would definitely be one of the defining moments for design,” Shaheena adds.

That worldwide movement led to straighter, smoother, and wider streets that were necessary to install underground pipe systems and that could be washed down. As another example, Shaheena points to Le Corbusier, an architect, who was notorious for his obsession with cleanliness in his designs. “One of the houses he created features a handwashing sink right near its entrance,” she explains.

Design responses to coronavirus: jugaad and beyond

To tackle COVID-19, design practices have spontaneously emerged in homes, stores, and neighbourhoods. They range from upcycled masks to chalk boxes for marking queue positions. Some are make-shift improvisations, others are frugal but scalable.

“I have been delighted to see the western world get a big shot of jugaad, learning to make do with what we have,” observes Alysha Naples, Coach, Strategist, Chief Experience Officer, Tindrum (London).

As examples, she points to a scheme where pieces of green and red paper were distributed to be put in the front window. “Green meant all was well, red meant that the resident could use some help,” Alysha explains.

“People have found clever ways to make masks without a sewing machine. There’s a lot of ingenuity happening at an individual level, which is really inspiring,” she enthuses.

“Restaurants who were ordered to close began packing up the food they’d planned to cook and selling it as grocery boxes to people who are stuck inside,” Alysha adds. She also points to the phenomenon of people 3D-printing face shields at home.

“It's great that people are helping. But on the other hand, we wouldn't be as reliant on those home folks if adequate precautions against a pandemic had been taken in the first place,” she cautions.

As another example of design responses to the COVID-19 outbreak, Shaheena points to the Rapid Deployment Recovery space. “This is the world’s first stand-alone micro-grid capable ICU, and comes at 1/30th of the cost of a new hospital room. It is insanely innovative and also solved for the need of an isolation chamber,” she explains.

“Safety has taken the top priority in the current health crisis and brands are trying to stay relevant by taking precautionary measures,” observes Dharmesh Ba, Head of Research, Setu/D91 Labs.

Such measures include no-contact delivery and real-time update of the rider's temperature. “A designer's empathy hat takes the main driving seat in most of these initiatives. It communicates the precautions in the most effective ways to the customer,” he explains.

These speakers also shared titles of books they are reading for personal and professional enhancement during these hard times. Three books on Dharmesh’s reading list are In Service of the Republic: The Art and Science of Economic Policy (by Vijay Kelkar and Ajay Shah), Homo Deus (Yuval Noah Harari), and Zen and the Art of Motorcycle Maintenance (Robert Pirsig).

Shaheena’s picks includes Nineteen Eighty-Four (by George Orwell), Whither Indian Judiciary (Markandey Katju), and Manto and Chughtaii (Mohammad Umar Memon). Alysha has a really long reading list in categories like self-help, such as Collapsing Consciously: Transformative Truths for Turbulent Times (by Carolyn Baker), How to Be a Person in the World (Heather Havrilesky), and In an Unspoken Voice (Peter Levine).

Webinars and beyond: DesignUp Circuit

The work-from-home (WFH) imperative has spawned a seemingly endless series of webinars, online panels, and meetings. This has spurred a number of creative responses to redesign online events and make them memorable as well as useful.

See our coverage of the annual DesignUp conference editions from 2019, 2018 and 2017, as well as our d-Zen (‘Design Zen’) section for more design resources. DesignUp has also published the report, Deconstruct: Understanding the State of Design-In-Tech.

“The DesignUp team moved to webinars and organised three online events as a part of what we called the 2020 Circuit,” explains Jay Dutta, SVP UX Design at MakeMyTrip, and Founder-Curator, DesignUp Festival.

This Circuit consists of a series of varied online events, as opposed to one big conference. “All volunteers at DesignUp have been discussing webinar fatigue, and many felt strongly about it. We had a few meetings and we all agreed we must explore new formats,” Jay recalls.

He adds: “We wanted to do something different – with thoughtful content and an engaging format. Not another webinar!” The Star Wars movie series offered an attractive structure for the event narrative.

“I am a big Star Wars fan. I watched the first movie with my dad in Ahmedabad and the last with my son in Singapore. The date May 4 is special for fans – and that's where it all came together,” Jay enthuses.

His original framework of advice to designers – plan what you will do in the next five weeks, five months and five years – was tweaked to a format of ‘fours’ (four weeks, four months, four years, to be presented on the fourth of May).

“This is a bit of a force-fit perhaps - may the force-fit be with you,” Jay jokes. Another coincidence was that the upcoming event on May 4 is the fourth online webinar for the DesignUp team.

“The coincidence could not have been better. Episode 4 of Star Wars, the first film in this series, is called A New Hope. That's what I would like to believe,” Jay signs off.