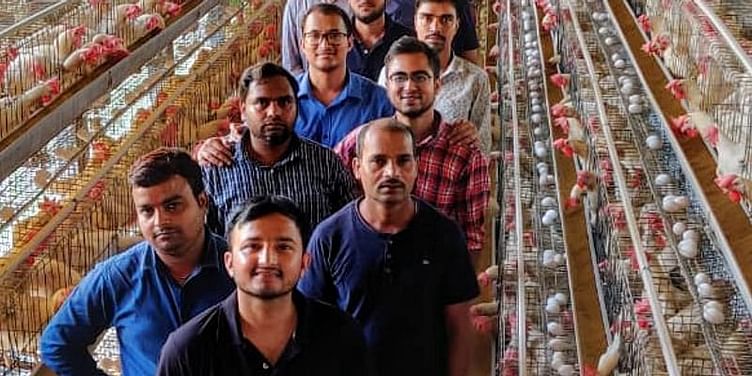 The Bihar-based startup had earlier secured Rs 1.2 crore from a clutch of angel investors. It will use the latest funding to fuel its growth and expansion plans.

Egg producer and agritech startup ﻿Eggoz﻿ has raised Rs 2.5 crore as part of its seed funding to fuel its growth and expansion plans. The Bihar-based startup had earlier secured Rs 1.2 crore from a clutch of angel investors.

“Eggoz poultry farming is one of the most profitable and stable business to generate allied income for many marginal farmers as well as to fulfill protein enriched food requirement of the growing population.”

Founded in December 2017, Eggoz said it works with farmers under deep integration at several locations in North India, using cutting-edge nutritional engineering and technology to produce eggs. With Eggoz technology and integration platform, farmers can rear flock sizes starting from 500 birds at affordable initial investment and less land requirement, it added. With these novel efforts, the startup claims that it is working in line with the government's intention to double farmers’ income in order to make villages self-reliant for nutrition and livelihood.

“India egg supply chain is largely unorganised. There is an opportunity for a player to implement best practices in production and create a trustworthy consumer brand. We were quite impressed by the founding team's passion to solve this market.”

Founded by Abhishek Negi, Uttam Kumar, Aditya Singh and Pankaj Pandey, Eggoz has so far sold over two crore eggs, and has more than 1,00,000 birds under management.

Earlier this month, Bengaluru-based greenhouse agritech startup Clover received Rs 7 crore in venture debt from Alteria Capital. The current funding was on top of the Rs 39 crore ($5.5 million) raised in the Series A round from Accel, Omnivore, and Mayfield announced in February 2020.