What Gotham City’s Joker can teach us about entrepreneurship 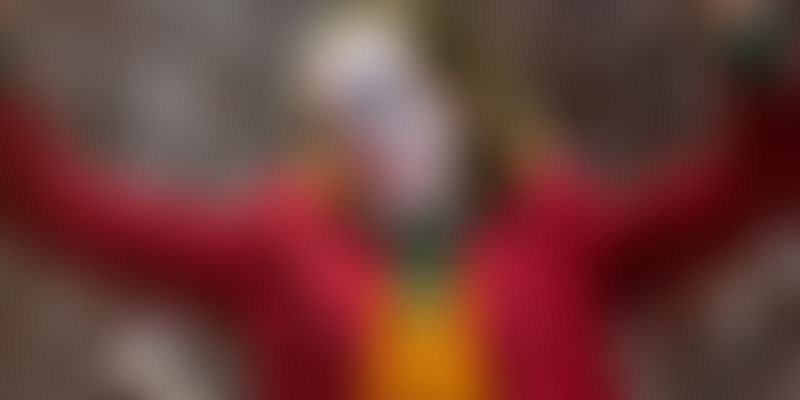 Being an entrepreneur may look glamourous from the outside – just like acting – but it can get bad sometimes. Here are some things the infamous Joker of Gotham City can teach us about this darkness.

How can a failed stand-up comedian whose descent into insanity inspire a violent revolution in a decaying city? Maybe in the dark times, the darker ones influence more than the one trying to play by the rules.

If you haven’t realised yet, this post is centred around the blockbuster movie Joker (2019). And if you haven’t seen it yet, you might want to stop here. Spoilers ahead - you have been warned!

We have all been in a situation where it looks like things cannot get better from here as we go deeper down in the darkest alley of our life.

But, this may be the real face of entrepreneurship, because acting as an entrepreneur may look glamorous and exciting from outside, but being entrepreneurial every day isn’t rose-coloured and can sometimes get very dark.

Entrepreneurs have many such dark days and darker nights when they are alone fighting the few inky realities. Below are some of the lessons that party clown and aspiring stand-up comedian Arthur Fleck can teach us all with his darkness.

"Is it just me or is it getting crazier out there?”

The Gotham City we see in Joker (2019) is a city about to go up in flames. These conditions likely play a huge role in Arthur's descent into madness. As the film begins, we see Arthur talking to his social worker, who tries to tell him to look at the bright side. But he struggles because he knows how terrible things have gotten for him in his head.

Lesson 1: You are the by-product of your thoughts and surroundings.

You will never meet an entrepreneur, who hasn’t been in self-doubt in the rocky wobbly path while building the enterprise. The truth is that entrepreneurs are insecure souls; they often experience a burst of anxiety, the art is to mask it up in front of the world to put up a brave face.

But these insecurities can be the shadow that can avoid you from being reckless. The darker things get outside the crazier it gets for us in the head. But, we all have the light we need to get us through these times within us; we just need to follow it.

Sometimes you just need to see the situation through rose-tinted glasses to make the path ahead look rosy, even if it isn't, and keep going on.

Your thoughts and surroundings can impact you but it is important that you separate yourself from them and focus on the task ahead to get out of the situation. You need to be the light that leads, not burns you out.

"Forgive my laughter. I have a condition”

One of the most important elements of the character of Joker is his laugh. Arthur seems pained and humiliated when he laughs, and it further alienated him from people. The card he carries around with him that explains his condition is a sad look at the tortured man.

Lesson 2: We are driven by the horror of our humiliation.

We all are driven by the fear of humiliation and as entrepreneurs, we may face it more often. Some may be hidden like those last-minute cancelled meetings when you have already reached the client's office or investors avoiding your follow-up calls to being laughed at your vision or lambasted by the client for non-performance in front of those who matter.

But humiliating experiences can be the fuel to drive you ahead. There are enough or more real-life stories where the protagonist has used the humiliation to propel and turn it around to success.

"I didn’t know if I even really existed. But I do and people are starting to notice.”

After the subway murders, something awakens in Arthur and he seems to have discovered some twisted purpose. More disturbingly, he seems to inspire other desperate people in the city through his actions.

Lesson 3: Keep doing your thing, you might be inspiring many silently.

You tend to doubt things around you when things are not going the way you planned. That’s when you realise this thing ain’t as easy as you thought it would be in your head when you set out to achieve it.

Doing your own thing will set you free. But you realise that it is an expensive price paid for freedom, you ultimately pay for it with uncertainty.

Eventually, the biggest disappointment might be not living up to your own potential. But all your acts and efforts are watched silently by many and unknowingly you are inspiring many in your journey, make sure you live up as a good example.

Also, at the time of failure it's not your followers, but the critics that will help you keep moving ahead, keep your followers close but also your critics closer. In the end when it's over and you look into the mirror smiling you should be proud of yourself and people you have inspired in the journey.

“You wouldn't get it”

The doctor asks if Arthur would like to share the joke. He simply responds that he wouldn't get the joke.

Lesson 4: All wouldn’t get what you are building.

It is not important that all get what you are building. In fact, there might be many who would laugh at what you are trying to build. In our startup BeckFriends.com, we are trying to change how people travel and send things by monetising unused luggage space of travellers and giving inexpensive shipping solutions to shippers.

Many find this bizarre, but it hasn’t stopped us to grow our business. It seems easy to start a startup, but a different story when you are actually building a business.

In the race to build fast startups one often forget it is important to build a business that can last.

"Can you introduce me as Joker?"

As Arthur is getting ready for his big debut on Murray Franklin's show, he asks to be introduced as Joker, finally adopting the title.

Lesson 5: Know when to announce to the world when you have arrived.

You will be called by various names by the world until you make a name for yourself. But it’s not only the path you take but also the one you leave decides where you reach. Ultimately, you never know when you are about to disrupt things, till later when you have already done it so.

Life is all about beating your best and getting better with it every time you do it. So, sometimes you need to cut the noise from outside to hear the voice from within.

Sometimes it is best to put up a poker face and not to react to be able to beat the odds around. There are very few who know what they want to do, but even fewer know how they will do it and usually, that’s the bunch who actually will do it.

And the fact remains – success isn’t just about achieving your goals, but getting there on your own terms. With so much happening around it works to cut yourself from the distraction and focus on yourself and the task ahead. Be silent unless you don't have anything big to say.

Being off the radar works, ignoring the unwanted noise around you can become the key to your success. But once you have arrived make sure the world knows that and knows your story.

There is a difference between being an entrepreneur and being entrepreneurial. On the surface, it may sound the same things, but it wouldn’t be so always.

Because everyone likes to hear a good story, especially with a happy ending. But behind the story, the dark episodes about being entrepreneurial is not always spoken about. It involves not so gleeful things, the hustling, the sleepless nights, the list goes on. These tough dark tales ultimately make us the real entrepreneur and in the end…“You get what you deserve!”