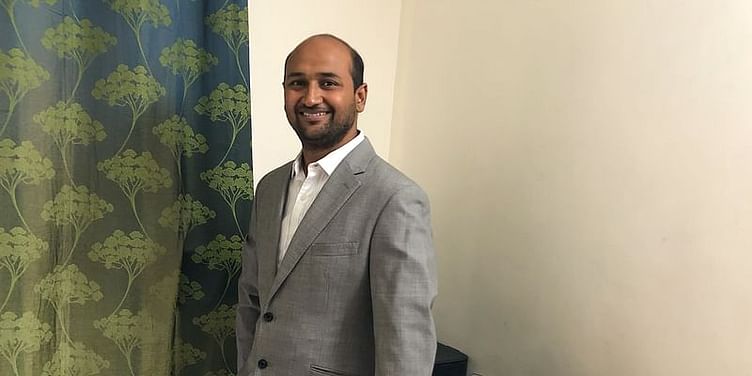 Chimes Radio services include RJ-led sessions, stories, and podcasts focussing on mannerism, jokes, world trivia, and yoga for children. It also has podcasts for parents.

Gaurav Gupta, a former employee of Cognizant in the UK, shifted back to India with his family in 2018. While travelling with his wife and two young daughters, Gaurav was disappointed to hear the kind of music and conversations on Indian FM radio channels.

“School runs and long drives meant a constant struggle of flipping the tuner to safeguard kids from such content,” he tells YourStory. He was all the more upset when he found his elder daughter dancing to a song, whose lyrics can be considered ‘inappropriate’.

Determined to solve this problem, Gaurav, with his 15-plus years of experience in the media industry, started working on a radio station, meant exclusively for children. Gaurav registered his company Blueball Media and Entertainment Limited in October 2019. After putting a team in place, he built and developed ﻿Chimes Radio﻿. With its studio in Gurugram, Chimes Radio ran its first trial on January 14, 2020, and went live with the round-the-clock station on February 11 this year.

“I launched Chimes Radio with the clear aim to provide parents an option to choose from an alternative yet safe source of entertainment for their children. It provides children a global exposure to expand their knowledge, creativity, and imagination,” says 37-year-old Gaurav.

Chimes is derived from the word ‘windchimes’, which indicates the platform is audio-only. It offers two services - round the clock digital radio services, and on-demand podcasts. Its target audience is children between ages zero to 11-years old.

“All our programmes are designed keeping in mind the various time slots and activities which different kids engage in – be it infants, toddlers, pre-schoolers or primary school kids,” Gaurav explains.

For instance, Chimes Tales, a programme for infants and toddlers, are broadcasted in the afternoon, during naptime. Similarly, the dance numbers for primary school children are broadcasted between 4 pm and 5 pm, when they are usually back from school.

With its team of five full-time employees, and a small team of freelancers and voice-over artists, Chimes Radio creates content, records, and edits them in-house. Additionally, it has formulated a number of partnerships with companies including Ahway Islands and Book Dash for content. It has also got into a non-commercial deal with a band and plans to collaborate with more artists.

Under its digital radio services, Chimes Radio offers a mix of national and internationally sourced music, interspersed with jokes, trivia, and games. Its RJ sessions include discussing world development, and focusses on inculcating moral values in children.

Chimes Radio publishes one podcast every day. “We have tens of hours of content available on demand listening,” Gaurav says.  The startup also has podcasts on guilt-free parenting and anger management for parents.

Radio in the time of digital tech: the surprising ways in which radio sneaks into our daily life

According to Allied Market Research, the children entertainment market size was valued at $8.15 billion in 2018, projected to reach $15.37 billion by 2026, growing at a CAGR of 8.4 percent.

Gaurav says, at present, two trends are prevalent in the children’s entertainment industry. One, it is heavily poised towards the digital screen. That is, it is limited to television, mobile phones, and gaming consoles. In fact, with coronavirus pandemic, even education has now been shifted to mobile apps and screens.

“While screen time should be restricted to less than one hour per day for children under five-years of age, as per a WHO (World Health Organisation), due to various reasons, parents are often left with no option but to give in to the demands, which eventually impact kid’s attention span as well as lead to increased aggression,” Gaurav says.

Secondly, mainstream music today is unsuitable for children. “While it is individual parents who make the call, I feel that with no alternate options available, kids by default get exposed to such music, leading to general decline in moral and social values,” he says.

He further adds that while there are no direct competitors to Chimes Radio, there are several Indian children’s stories and educational apps, but all of them are digital. Startups like Mumbai-based Emotix have developed a puppy-sized companion robot for children, which uses AI and voice-recognition technology. Additionally, edtech unicorn BYJU’s partnered with Disney last year to offer personalised learning programmes while entertaining children with Disney stories and characters. Recently, Spotify also started offering exclusive playlists for children.

However, Chimes Radio covers all the services provided by its competitors with its RJ-led sessions, stories, and podcasts focussing on mannerism jokes, world trivia, and yoga for children.

Chimes Radio is still in its nascent stages and is yet to monetise its platform. The app, available for both Android and iOS users, is currently available for free. Additionally, users can listen to its live radio and podcasts on Alexa and Google Home. Chimes Radio is also available on major radio directories including Streema, Radio Garden, MyTunerRadio, Streamitter, Radio Tower, and Marshall.

“We are also in discussion with several other large platforms which are interested in listing our content,” Gaurav says. Going ahead, Gaurav plans to generate revenue through advertisements, sponsorships, and RJ-mentions.

On its very first day of launch, Chimes Radio recorded 1,100 listeners, and this number has been ever-increasing. Currently it has 1.5 lakh listeners, and its app has been downloaded 15,000 times. “Our focus right now is to build a loyal audience base,” he says.