Open your ears and your mind with these audiobooks 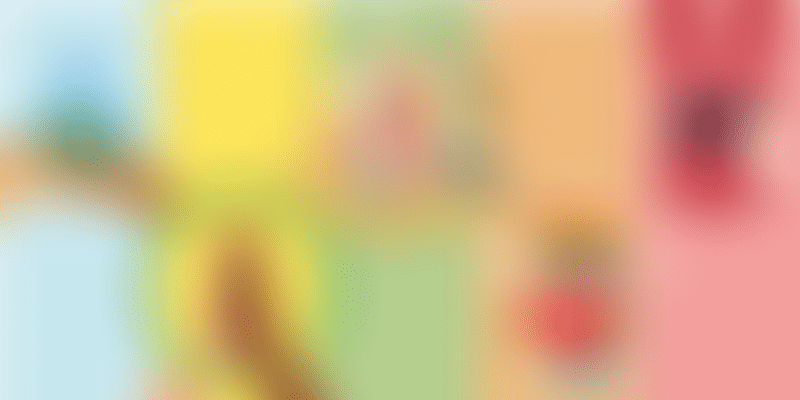 From climate change and queer issues to racism and human trafficking, here’s a list of audiobooks on Storytel to widen your world-view

Do you listen or do you hear? To many, these two words might mean the same thing, when in reality, they’re vastly different. While hearing is about perceiving sound, listening is an act of connection.

However, when it comes to choosing what to listen to, we gravitate towards subjects and topics we can relate to, and feel comfortable with.

We should be asking ourselves— In seeking comfort and familiarity, are we shutting out ourselves from the harsh realities of life? It’s time to open your ears and the various facets of reality with Storytel. The audiobook streaming app has a plethora of titles across genres like race and identity, climate change, homosexuality and much more.

Luckily, you don’t have to comb through scientific papers or fat books to educate yourself about these realities when you have an abundance of audiobooks on Storytel, written and narrated by some of the most prolific writers and subject matter experts.

It’s never too late to explore the world around you with an unbiased lens. To help you get started, here’s a list of audiobooks on Storytel you can tune in to to open your ears, and your mind!

This Changes Everything: Capitalism vs. The Climate by Naomi Klein

Disaster capitalism and climate change are two interrelated problems plaguing the world, and Naomi Klein’s answer to this problem is to not fix the world, but to fix ourselves as she joins the dots between climate change, poverty, and development. Narrated expertly by popular voice artists Liza Ross, the book leaves readers with some hope that climate justice movements and social mobilisation can offer an alternative future. Listen to this audiobook if you want to deep-dive into the maze of politics, capitalism and its effects on life as we know it.

The History of Bees by Maja Lunde

At the core of this ‘climate fiction’ book lies a pertinent question — what’s more important, self-interest or sacrifice? Maja Lunde blends ecology, humanity and her imagination in this stellar novel that spans three timelines, three continents and three families whose livelihoods depend on bees. Narrated by three different voice artists,‘The History of Bees’ is a thought-provoking story of the perils of industrial agriculture and the use of toxic pesticides. This one stings.

Storms of My Grandchildren by James Hansen

Written by celebrated climate change scientist James Hansen, this audiobook talks about how the planet, thanks to global warming, is hurtling to a point of no return. Along with narrator John Allen Nelson’s commanding voice, James paints a devastating picture of the future of our children and grandchildren if we continue on our course of disregarding climate change and how politicians’ proposals for action are all just big talk. Anyone concerned about the future of the coming generations must tune in to this brilliantly narrated, well written book.

This stunning and provocative book is a sequel to ‘What Belongs To You’ by the same author. Split into nine chapters, the listeners follow the protagonist into many intimate spaces, and hear him try to wrestle with and articulate his own desires, sense of alienation and anguished memories of growing up gay with a Republican father in Kentucky, US. Narrated by the author himself, the words are achinglingy beautiful, moody and melancholic, making ‘Cleanness’ a must listen.

The Perks of Being a Wallflower by Stephen Chbosky

‘Modern Classic’ is probably the best way to describe this stunning piece of literature. This critically acclaimed debut novel follows the life of “wallflower” Charlie through adolescence and adulthood, that is interspersed with family trauma, drugs, first dates, mental health and sex. The book takes listeners through Charlie's journey of coming to terms with his past. Narrator Noah Gavins does a wonderful job conveying the angst, dreams and memories buried deep within his mind.

How to Be Both by Ali Smith

Truly unique and quirky, ‘How to Be Both’ was shortlisted for the Man Booker Prize in 2014. Divided into two parts, the overall narrative interconnects two stories: in one, we encounter a sixteen-year-old girl named George whose mother has recently died; in the other, we meet Francescho, a 15th-century Italian renaissance artist. A world where two tales of love and injustice get intertwined, and the line between fact and fiction gets blurry, John Banks, one of the UK's most prolific audiobook narrators, adds charm to this mysterious work.

So You Want to Talk about Race by Ijeoma Oluo

This hard-hitting book about race, privilege and discrimniation in American society is a must read. At the core of this audiobook is the nuances of racism that often go unnoticed and gives people of colour ideas and ways to respond calmly, rationally, and intelligently to racism. Each chapter is framed as a question and Ijeoma, along with narrator Bahni Turpin, peel the layers of systemic racism that have been built over centuries.

The Hate U Give by Angie Thomas

This gripping young adult novel takes inspiration from the Black Lives Matter movement. It follows the life of 16-year-old Starr, who is the sole witness to her unarmed friend Khalil’s fatal shooting by a police officer. Starr finds herself torn between the pressure of testifying before a grand jury and speaking out for Khalil. Narrated by actor and voice artist Bahni Turpin, ‘The Hate U Give’ gives listeners an astute and engrossing perspective of the life of a black teenage girl whose two worlds collide.

California, and much of the Western US region, is suffering through the fourth year of drought. And while debates and blame games continue to dominate conversations about the region, this book, written in 1986, gives listeners a snapshot of the US Bureau of Reclamation’s efforts of bringing cheap, abundant water to the mostly arid region, which is now taken for granted by its residents.

The Big Thirst by Charles Fishman

Everything you know about water will change after listening to this masterpiece. Charles sets his premise early on — abundant, cheap, clean water will no longer be available, even in developed nations. He then goes on to boggle your mind with facts such as the water from your kitchen tap is four billion years old and might well have been sipped by a Tyrannosaurus rex. From the wet moons of Saturn to the water-starved rice fields and smart water technologies, Charles explores human beings’ strange and complex relationship to water. Read to you by actor Stephen Hoye (an Audie Award winner for the Best Voice in Biography and History), this is one audiobook you just can’t ignore.

The book that inspired Dark Waters, starring Mark Ruffalo as Robert Bilott, is an astounding true story of a corporate lawyer’s legal battle against one of the world’s largest chemical companies, DuPont. He obtains access to 110,000 pages of DuPont papers, showing the adverse effects of PFOA, a chemical dumped into rivers by the company. What starts off as one farmer’s case snowballs into a class action lawsuit and the startling discovery that virtually every citizen on the planet was exposed to PFOA. This gripping audiobook will walk you through a maze of corporate greed, justice and the politics of water.

A Walk Across the Sun by Corban Addison

Set in the aftermath of the Tsunami that ravaged Southern India in 2004, this heartbreaking audiobook takes listeners into the seedy underbelly of Mumbai after two sisters, Ahalya and Sita, are kidnapped from their village, sold to a brothel owner and pushed into the sex trade. We then meet American attorney Thomas Clarke who takes up a job at an Indian NGO that prosecutes the subcontinent's human traffickers. Thomas makes it his mission to rescue the girls and bring the ruthless trafficking ring to justice. Thought-provoking and poignant, the pain in award-winning audiobook narrator Soneela Nankani’s voice as she is striking.

Not For Sale by David Batstone

Award-winning journalist David Batstone gives listeners a glimpse into the $31 billion slave trade business and how modern slavery looks like around the world. Our journey starts in SouthEast Asia, where we meet a Thai painter who has built an aid agency rescuing and rehabilitating street children - often an easy target for traffickers. We then move to India and the story of a woman pushed into bonded labour due to extreme poverty. The chapter on Uganda exposes the chilling tale of child soldiers while Eastern Europe revelas sex trafficking horror stories. It ends with an expose of a trafficking network of Ethiopian children into the US. Narrator Michael McIlhonnie adds a humane touch to all these stories with his pleasant voice.

Bought and Sold by Megan Stephens

‘Bougth and Sold’ is the harrowing true story of how Megan, a vulnerable teenage girl on holiday in Greece with her mother was trafficked into the sex industry before a daring escape. All of 14, Meghan was raped and sold to traffickers after a man she met in Greece promised her a job. The book explores the horrors of flesh trade and how she remained trapped in it for six years for the fear of reaching out for help.

Tune into many more such insightful titles on the storytel app. Sign up to avail a 30-day free trial using this link http://storytel.com/yourstory