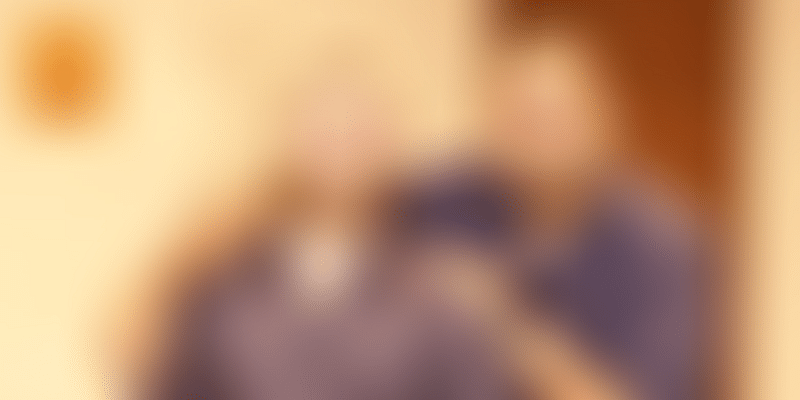 Las Vegas-based Aiisma uses USSD feature for COVID-19 contact tracing in rural India, where users may not have access to phones with 3G, 4G, or 5G networks.

Technology has helped us in ways we never expected. However, as smartphone users, we do not have any control or power as to where our data goes, hence becoming the victims of non-consensual data collection and data monetisation.

Further, users have unlimited access to online platforms and services, providing giant tech companies with the opportunity to collect user data. This is where Aiisma steps in.

“Most of us are ‘mined’ under the pretext of freemium business models implemented by our current giant tech companies,” says Ankit Chaudhari, CEO and Co-founder of Aiisma.

The Las Vegas-headquartered marketing research startup connects individuals and businesses in an anonymous, consensual, and rewarding way to transform consumer data into ‘tradable data', which works on a ‘my data - my asset’ approach.

In the present scenario, Aiisma is using its Unstructured Supplementary Service Data (USSD) feature for COVID-19 contact tracing in rural India, where users may not have access to phones with a 3G or higher data speed. Thus, these phones operate majorly on USSD application. The interaction takes place through the mobile network where no app is involved.

“Since contact tracing emerged as one of the indispensable means to prevent the country from slipping into the community transmission stage, we built this technology to track contact tracing in rural India,” adds Ankit.

The backend infrastructure behind the smartphone app or a basic handset remains largely the same. However, the only differentiator is the connection to the marketplace. While smartphones rely on the installation of an app, a basic handset gets connected through the telecom service provider, as location information is shared via their cell towers. Hence, with the user’s consent to enable the USSD feature, Aiisma maintains user anonymity and privacy.

Currently, the contact tracing and COVID-19 symptom mapping count is slightly over 2,000 users in India. The founders are in talks with the Indian government to share information related to positive carries. The symptom mapping feature is already operational, and 34 percent of the app users regularly update the symptom map.

Aiisma was founded in July 2018 by Indian citizen Ankit and a Swiss National Nicholas Boehnlein. Headquartered in Las Vegas, Nevada, Aiisma has its operational headquarters in Gurugram, India, and regional subsidiaries in the UAE and Switzerland.

“The reason for choosing Las Vegas was its taxation structure, proximity to Silicon Valley, and to create a corporate structure that aids the vision of taking Aiisma public through an IPO at the right time,” Ankit says.

Ankit, 35, has been an entrepreneur for over a decade. An Electrical Engineer, Ankit started his career as a Resolution Expert in Dell, later moving to entrepreneurship. He has previously co-founded many companies, including ecommerce and e-business education platform eCdemy, a global corporate Technicion Inc, IT/ITES service provider Sapean, and tech company TechHeal. Currently, he oversees product development and execution of the vision of Aiisma.

The duo was introduced by a common friend in 2016. At the time, they were discussing to start a technology company. While that venture did not materialise, the common interest in consumer benefits got the duo interacting more, leading to the conceptualisation of Aiisma.

Initially bootstrapped, Aiisma raised its first angel round of $260,000 in April 2019 from UAE-based Laxmi Narayanan Sridharan. According to Ankit, the startup is currently closing another undisclosed bridge round from an Indian-origin angel investor Avinash Kumar. At present, the startup has 18 employees.

Using the Aiisma app, users and businesses can connect to the Aiisma Data Marketplace. On the consumer side, upon installing the app, users can create an account, where they will receive rewards for participating anonymously and consensually in the data project, or by watching tailored in-app advertisements.

These data projects can either be survey-like projects specifically set up by companies, or in the form of data streams, which include generic data points such as geo-location, device health, user-health behaviour, or browser usage insights, that tailors custom content as per the user’s interest.

“By the end of May 2020, users will be able to share data from other social and OTT platforms, as well,” Ankit adds.

Users can also confirm their ‘Know-Your-Customer’ (KYC) at the time of creating the account, or at the time of encashing their reward ‘Aii’ – an internal reward token – which can be exchanged for gift coupons from Amazon and Big Bazaar. Aiisma is working with financial players to introduce direct transfers of rewards in the form of Indian rupees.

“Aiisma’s privacy-first approach ensures user data is encrypted as soon as it leaves their device, and no user-identifying data is ever exposed to third parties or businesses,” Ankit says.

On the business side, Aiisma’s SMB solution focusses on the fact that different businesses need access to different data sets – relevant data to either market or enhance current products, or to develop new items.

By supplying relevant behavioural consumer data points, SMBs get the chance to launch highly-targeted marketing approaches in various economic conditions, without spamming or directly engaging consumers, or wasting money on those that are not relevant to their products.

“Businesses add credit to the account to fund these marketing or research activities based on their budget. Our compliance team reviews the content or information they seek, and once everything is approved, these are rolled out to the selected set of users,” Ankit explains.

It deducts transactional fees from the amount credited by businesses, and passes the rest to the consumers. While businesses have to manually register with Aiisma, the startup is working on an SMB outreach and automated registration process, which will go live by June this year.

The top research companies include Nielsen, Kantar, Ipsos, and IRI. Indian startups including Mapplinks, MideaLabs, and BrandLoom, have also been trying to make a mark in the sector.

According to Ankit, what sets Aiisma apart from the rest is its “360-data monetisation feature, along with anonymity and privacy features.”

Currently, the consumer research offerings are available only to Aiisma’s beta partners. However, its SMB partners in the Delhi-NCR region and Pune can also use the platform for advertisements. Aiisma’s current initial clients include Silver Spirits by Beliram Jewellers.

“They have a retail outlet in Gurugram, and are also working with us to increase online orders, as well as increase in-mall footfall, once they open up again after the lockdown,” Ankit explains.

Pricing for consumer research is being structured on a monthly license basis. For advertisements, the price is variable based on the competition for audience attention and reach in the particular segment.

While still in its pre-revenue stage, Aiisma is currently focussing on on-boarding users across India. The app has been installed on over 2,000 Android devices, so far. “We are now stabilising before the next build is released, and an iOS app along with it,” Ankit clarifies.