[Startup Bharat] What does Lockdown 4.0 mean for small-town startups 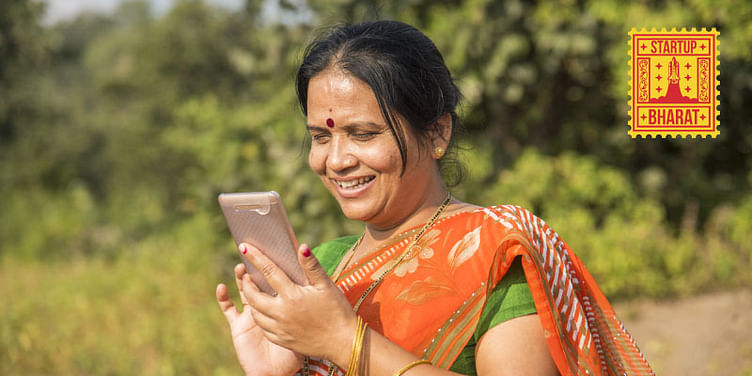 With Prime Minister stressing on becoming “vocal for local”, small-town startups say that while the challenges are considerable, they have got used to dealing with them for some time now.

The fourth phase of the nationwide lockdown began on Monday, May 18. But, as Prime Minister Narendra Modi had said in his address to the nation, ‘Lockdown 4.0’ is going to be different from the previous three phases.

The revised guidelines have allowed for the resumption of app-based cab services, permitted shops, markets and commercial establishments to function (except those in malls), and eased curbs on private offices that were previously allowed to function with 33 percent staff strength.

Bharat.live This Indian Startup made a Zoom Alternative

With the Prime Minister stressing on becoming “vocal for local” to make India self-reliant, YourStory spoke to some startups in small towns to know how they Lockdown 4.0 affects them.

A blessing in disguise

While the challenges are considerable, the non-metro startups stand tall as they have got used to dealing with ‘challenges’ for some time now.

“When you are in a startup, you often do not get the time to check what’s working and what’s not; we simply accept the challenges and turn them into an opportunity. The non-metro cities very well prove this because the four major challenges i.e. lack of exposure, awareness, angel investment, and professional resources, are now turned into an opportunity as there is more awareness because of exposure through the digital medium,” says Jodhpur-based Sushil Sharma, Founder of ﻿Marwari Catalysts﻿, a serial entrepreneur and an investor to early-stage startups in Jodhpur.

Sushil adds that the lockdown in India is a blessing in disguise for startups in non-metro cities. He has various reasons to say so. He says that because of the lockdown and the increasing use of the digital medium, people were having more time to think about and explore newer opportunities from a startup’s point of view –which was a missing component in non-metro cities.

He also highlights that the country is witnessing a major shift of professionals joining the startup ecosystem in non-metro cities, rather than metros, to build deep tech ventures in artificial intelligence, internet of things, etc, across various verticals at the grass-root level. This proves to be a great opportunity for Tier-II and Tier-III cities.

“So, the silver lining is: despite the turmoil, we entrepreneurs feel that every challenge is an opportunity, and that there is some blessing in disguise,” says Sushil Sharma.

While many others echo similar views, some stress they are bleeding out.

A pivot in Aligarh

Aligarh-based E&E which was making its mark with specialised design, manufacture, operation, and maintenance of air, hydrological, meteorological, and particulate monitoring systems, had to stop all its projects. But the team decided to use the resources and skills to solve issues which are the need of the hour.

Raheel Ahmad, the founding member of E&E, tells that ongoing projects worth crores were in a quandary. All the production activities at their factory in Aligarh came to a standstill and the ongoing projects were stalled due to the coronavirus pandemic. The company had to think quickly about how to adapt to the changing scenario.

E&E’s Co-Founder Mohammad Hamza tells that that company quickly took a call and started sourcing 3-ply and N95 masks in bulk. “We supplied items to hospitals and medical stores, not only in Aligarh but across India. Luckily, we got the official vehicle passes for essential supplies and that helped in managing their logistics,” he tells. Gradually, the team started sourcing hand sanitisers, IR thermometers and other related items from the market for supplying to far-off places. This helped them to manage their overheads and salaries.

But clearly, it was not enough. The R&D team then worked to develop a new product line which was related to their core business of sensor-based devices and would be in great demand due to COVID-19 crisis. “Thus, an automatic touchless sensor-based hand sanitiser machine was launched and it became an instant hit,” tells Hamza.

Co-Founder Sabir Ahmad Shamoo feels that startup businesses like theirs have to be nimble-footed, flexible and smart, just to survive. However, they believe it will take a long time for small businesses, especially startups in non-metro cities, to get back on their feet, unless they adapt quickly and bring up innovative solutions. “There is a huge window of opportunities that opens up for innovative ideas to get through the difficult times,” he adds.

Uttarakhand-based First Bud Organics, which sells organic foods such as jams and pickles online, had to pause operations and bear heavy losses as its business relied on ecommerce orders on prominent marketplaces.

With the lockdown extension, First Bud Organics is now resuming the operations, however, it is not the same. Mitresh Sharma, Founder, First Bud Organics, tells that some of its procurement of packing materials and other raw materials is done from metros but now the startup has started looking to source some of the raw materials from local vendors to ease logistics issues and increase the availability of sufficient inventory of materials.

Even though Mitresh is hopeful to recover losses made since March 25, he tells the operation costs are going to be much higher for the company. He says there are a lot of labour and logistics issues, and even the raw material available is priced much higher.

“As some of the relaxations have been given, the very first thing we are doing is to procure enough raw material which we do from north-east or southern states so that we have enough backup in case the same conditions arises or repeats,” Mitresh adds.

He also says that the company has initiated the process of getting enrolled in fulfilment centres of big ecommerce players so that it can keep enough products in the warehouses and reduce the need to dispatch them by shipping through third party providers.

The workload for Mitresh and his team has increased considerably. To follow basic hygiene guidelines, Mitresh is working with 50 percent less workforce and doing a lot of work on his own.

He also says that he hopes to cater to the new demand in the market – healthcare products. “We will add more immunity-related products in our product line at First Buds Organics,” he adds.

No components to scale

Hosur-based startup Genisup India, which has developed Covicide Cabinet – a UV-C Germicidal Lamp-based sterilisation cabinet which helps in disinfecting belongings at home or in the office, is facing logistics issues. The founders say being located in a non-metro just makes things worse. Vinay Seth, Co-founder and Director, Genisup India, says that even though many restrictions have been lifted, interstate travels have not resumed yet.

“For us, Lockdown 4.0 will not be much different. Our company is located in Hosur in Tamil Nadu. We source most of our electronic components from Bengaluru, Karnataka. This makes it difficult to source many components for our product. Even though we are making COVICIDE, a device to control community spread of COVID-19, it has become hard for us to source parts,” he shares.

Vinay says that even if the startup has special permissions to run the factory, it does not matter if the supply chain is disrupted. “The funniest part is, we have to get the components couriered from Bengaluru to Hosur (40 km distance) and the packages reach us via Chennai (300 km distance). So, what would have been a two-three hours transit in normal times, takes up to five days to reach us,” Vinay adds.

The startups received many orders, but since the components are tough to source, Genisup is running out of stock. “I sincerely hope that government comes up with some solutions for such transit problems,” says Vinay.

He also feels that someone from the Centre should look into startups in small towns, as many startups have solutions to fight the coronavirus, “We are a small startup with a product that is as useful as a hand sanitiser. Still, it was very difficult for us to reach out to authorities for approvals. So many startups in small towns are coming up with ideas to fight COVID-19, but there is no point of contact to communicate with the government.”

Dehradun-based Rajat Jain, who has developed a matchbox-sized medical-grade ECG machine, says that as a small-town startup, it operates with a small team and has a frugal approach to cut down the expenses as much as possible. “With this approach, we are focused to take the company towards self-sustainability so we don’t have unwanted and extra expenses. And this happened to be the real immunity required to fight the coronavirus crisis,” says Rajat, Co-Founder of ﻿Sunfox﻿ Technologies – the parent company of Spandan ECG.

But he says that the business is suffering a lot. “Major business operations like manufacturing, sales are completely shut down. Deals which were in the pipeline were churned, payments got blocked, shipments got stuck in transit, we paid penalties and are bearing the expenses from our pocket,” he tells. But owing to the entrepreneurial spirit, Rajat and his team brought themselves together and started manufacturing Personal Protection Equipment (PPE) to meet expenses.

With Lockdown 4.0, Rajat tells that since the offline operations are going to be challenging and risky, the startup has decided to rely on digital tools and will keep exploring newer possibilities.