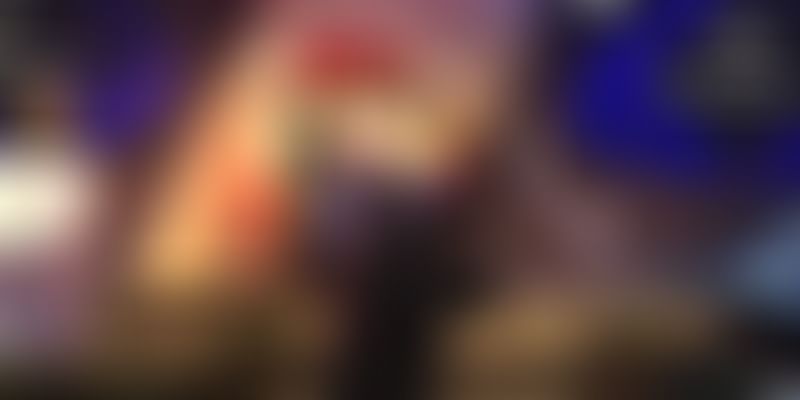 When Jagat Iyer was introduced to the Star Trek TV series by his father in his early teens, he was completely fascinated with the video conferencing used in the Starship Enterprise. While life took him through different paths where he worked in the world of infrastructure, corporate advisory, and digital solutions, he founded EveryCrave with a focus on video chatting.

The company has two products Livewire, with a B2C focus and Vidphon with a B2B focus,

“After executing some exciting projects for marquee global customers around digital transformation between 2012-2016, we had an epiphany - the best businesses are not about the best product or service, but the best customer experience. A quick look into customer relationships through history taught us that all business communication follows consumer trends,” says Jagat.

He realised that email, telephone search, and social media were all fast-growing consumer phenomenon, and businesses quickly followed suit. He was able to validate this trend, first with the high-organic traction their consumer video chat app Livewire could get.

“Within a couple of months, Google launched Duo and six months later, WhatsApp launched video chat, ensuring its mass usage and adoption. It became clear to us that video chat and conferencing will be the communication medium of choice for businesses going forward, since it is the next best thing to in-person meetings and is a high-trust medium,” says Jagat.

What does the platform offer?

The team had over 100,000 downloads on PlayStore by the end of May 2016. Back then, however, the mobile networks were on 3G and the core browser-based video communications technology was still nascent.

“We currently offer fast, high-quality and affordable video conferencing, webinars and integrations, suited to specific business workflows enabling competitive differentiation for our customers. The advent of 5G will further allow improvements in efficiencies around video communications. Seeing the growth of consumer video chat driven by larger companies, we decided to expand our offerings in the B2B video conferencing, launching Vidphon in private beta a year ago in 2019,” says Jagat.

Based out of Bengaluru, it is a NASSCOM incubated company.

Apart from Jagat, Akil Udayakumar, CTO, and Chandni Raheja, UI/UX, Operations, make up the core team. Both Akil and Chandni were a part of Livewire. Akil has a master’s degree in computer science from Rochester Institute of Technology and Chandni is a designer from JD institute of Fashion Technology.

Speaking of why video communications work, Jagat believes that it is an asset light, scalable and high-margin business when the costs are reduced by technology innovation like peer to peer architecture, advanced compression algorithms and ability to generate direct revenue for customers.

“Today, we offer a full suite and affordable platform providing video conferencing, webinars, and SDKs under one roof. However, this alone will not usher in the ‘New Work Order’. To enable new, differentiated, and sustainable business models for our customers, Vidphon will seamlessly integrate into their existing sales, support, marketing, and collaboration processes,” says Jagat.

One of the biggest problems with video conferencing is that users need to download an application, enter random meeting IDs, etc., which makes it very vulnerable to security breaches.

Vidphon users get a unique and authenticated Vidphon address by which anyone, anywhere can communicate with users any time. This works like other established communication mediums like email and phone, where users have permanent email addresses and phone numbers using which people can communicate from any network. Vidphon establishes an authentic video identity.

“This, coupled with full-fledged features like video conferencing, webinars, SDKs, and integrations helps providing our customers with a state-of-the-art, secure, and business-friendly framework to improve sales, support, marketing, and collaboration,” adds Jagat.

Statistics show live video growing at over 233 percent year on year (YoY) as of 2018, far surpassing all existing communication methods (source -Tokbox). As of now the number is touching 500 percent YoY.

With the nationwide lockdown imposed in view of the coronavirus pandemic, meetings and social interactions have shifted to the online space, resulting in the demand for video calling platforms such as Zoom, Google Hangouts, Microsoft Team, WhatsApp, FaceTime, Google Meet, and JioMeet.

Vidphon is competing with other startups like Dehradun-based Bharat.live. However, Jagat believes the market is yet to be fully penetrated.

Jagat says, unlike other software applications, where there may be multiple features and the product may work if some parts have bugs in a Minimum Viable Product (MVP) - video communications is a zero-sum game.

From a product development standpoint, the primary requirement is high quality, secure, and easy to use video communication. Jagat says, deterioration of mobile networks recently, coupled with exponentially increased demand, explains why only large public companies dominate this market.

“Other efforts have been largely non-existent and non-performant so far. While actual costs largely depend on product development and technology talent along with infrastructure charges, it is safe to say that a working accepted solution costs about $5 million, going by average seed/series A rounds in the space globally. However, the video communications industry is yet to go mainstream as it is in a nascent stage, globally, for all companies in the space,” says Jagat.

Currently, the team is focussing on offering a viable and long-term solution to the problem of security, coupled with high performance and affordability in the enterprise video communications space. Jagat adds that they are looking at democratising the cost of video communication to the same level as voice calls and reducing this cost to the customer over time, to enable them to deliver increased value to their customers. They are looking at Rs 300 per call.

In mid-2019, the team raised a seed round from active angel investors, including successful entrepreneurs, technologists, and corporate CXOs from leading global organisations. However, the team refused to share numbers as they are in early revenues.

Their private beta over the past year consists of early customers and POCs spanning marquee large enterprises, government bodies, and a number of startups across professional services, healthcare, education, BFSI, auto, retail, and other sectors.

“Going forward, we believe that the future is all about AI - Artificial Imagination, which will power the new work order, globally. This is our mantra for this new decade,” says Jagat.

The team is also working on another stealth mode project internally, aimed at the next generation of interconnected devices based on peer to peer architecture, called Hypernet.