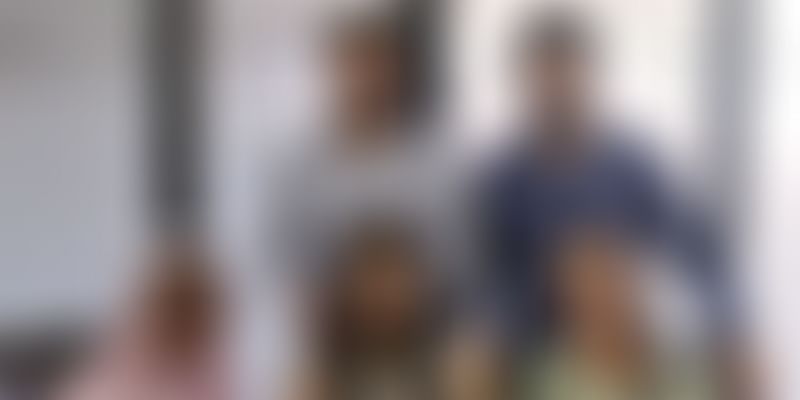 Manmeet Singh Akali says that he had his own experiences and the ones he had seen around him, to work on and launch his edtech startup Klarity — an online one-on-one platform that connects students with professionals in the area of their interest — in 2017.

In 2016, while working for an education company, Manmeet had the opportunity to mentor a student Niharika a month before her CAT Exam.

Despite being a bright student, Niharika didn’t seem to be keen on her CAT preparations. After talking to her, Manmeet realised Niharika was interested in culinary arts. While she did give her CAT and scored a 90 percentile, taking Manmeet’s advice, she decided to apply to Le Cordon Bleu — one of the best culinary schools in the world — and went on to pursue her culinary education.

“It made me realise the power of mentorship and one-on-one conversations,” Manmeet Singh Akali, Founder of Klarity, says. He adds, “What further validated this thought was the wearable tech startup GOQii, which had introduced one-on-one online coaching to get people healthier.”

This got him thinking why most career guidance sessions are focussed on schools, while millennials in colleges were trying to figure out their careers with limited information, and support? Why there is no structured approach towards helping students understand where they fit into the world? Why can't a college help them connect with someone successful in their area of interest, who can guide them one on one?

Thus, Manmeet started Klarity in 2017 in Mumbai. In three years, since its inception, the startup has grown to a team of five full-time employees, 11 interns, and over 200 coaches.

Later, Manmeet roped in his friend Abhilasha Jha, ex-VP Human Resources at Accenture. An MBA graduate from XLRI, she helped develop the prototypes and pilot programmes for the first nine months of the startup.

“Post that, Abhilasha moved out of Klarity to focus on executive coaching. I was determined to continue to build Klarity, and decided to go solo from here,” says Manmeet. The first set of employees have been Manmeet’s close friends.

“Our biggest strength has been our mentor network of 200+ industry folks. The biggest motivation for them to spare a few hours on weekends is to see the impact their knowledge and experiences can have on someone’s career,” explains Manmeet.

The online one-on-one mentorship runs across a span of two years, and primarily works with post-graduate students. While most MBA students are asked to decide on their specialisation in their second year, many are confused about the choices and the job roles that will be in the offering.

“We have developed an analytics-driven assessment in partnership with experts from IIM-Lucknow/IIT-Roorkee. The same algorithm is used by top companies to understand their employees better. A total of 246 questions are asked, on the basis of which a detailed 20-page report is generated which outlines the candidate's strengths and weaknesses, suggestions for specialisations, and job role fitment,” Manmeet explains.

Thereafter, the startup conducts specialisation-wise market realities workshops that cover different job roles. Post this process, the first one-on-one mentoring by a mapped industry professional happens. The mentors use the Klarity platform to connect with students via a video call.

“These mentoring sessions are conducted by premium mentors working for some of the world’s best companies such as JP Morgan, Amazon, the Big 4 consulting firms, Uber, Jio, among others, and have graduated from colleges like IIMs, Georgia Tech, Carnegie Melon, and such,” says Manmeet.

Mentors help students interpret their career reports, clear their career-related dilemmas, and choose their specialisations with a clear idea of what they are getting into. These 45 mins to an hour discussion happen over the weekend.

The next phase of mentorship happens around the second semester, where workshops on resume building, LinkedIn profile building, and summer internships are conducted. During this mentorship, students get live projects, case study competitions, books from Malcolm Gladwell and others, certifications, and access to clubs and committees like Toastmasters. The mentors provide detailed recommendations to students across these segments.

Consequently, this helps students in having a resume that is well structured, analysed, and on its way to being filled up with meaningful and relevant experiences.

The edtech startup then works on placement cracker, where they fine-tune the resumes, work on interview FAQs, case studies, revise basic concepts, and current news.

“These mentors have themselves interviewed candidates for their companies and can, therefore, share the expectations clearly with students,” Manmeet says. Each mentor has 45 mins to an hour to review the ‘stories’ that students have framed for 20-25 interview FAQs.

For each student, a detailed report card is generated. At the same time, the college gets a detailed performance report of the batch so they can take corrective action at their level.

The startup charges the colleges for every student that avails of its services. It charges in the range between Rs 1,500 and Rs 4,000 per student, depending upon the number of mentoring sessions a college wants its students to get exposed to.

According to the Union HRD Ministry, more than 1.5 million students graduate from engineering schools every year, but not many of them get employed. Hence, startups like Great Learning, UpGrad, and others like Lambda School, Masai School, and Pesto, work on skill development.

What sets Klarity apart is the one-on-one mentorship that it provides, along with a focus on skill development.

Speaking of the startup’s future plans, Manmeet says, “For the upcoming year, we have an order book of Rs 110 lakh, that is, roughly 5,200 students across 24 colleges. We are currently in talks with 16 more colleges.”

Moreover, the startup is working on making its business model more scalable. It is also developing a platform that will have a proprietary algorithm and will connect the students to the right mentor, schedule sessions, act as an information resource centre, and enable chat-based mentoring.

It also plans to launch certificate-based online workshops which will be delivered by its mentors in areas such as analytics, digital marketing, risk management, and product management.