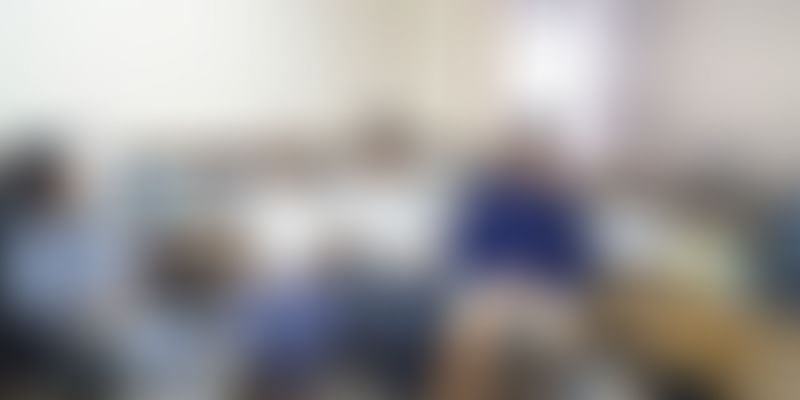 Kreator 3D is a Chennai-based manufacturing startup that has built 3D printers which help startups, universities, and companies develop products.

As a student, Anurag Atulya loved tinkering with machines. Once, while working on his college project, he made a 2D plotter. This laid the foundation for his startup Kreator 3D which was started in Chennai in 2019.

However, the startup’s genesis was in 2016. After looking at his 2D plotter, a person working at a chocolate factory, asked Anurag if he could make a CNC engraver to engrave chocolates.

While Anurag, 22, tried different methods, he felt the engraver was not coming through. He soon saw potential in making 3D printers and started working on developing them.

An electrical engineer from SRM University, Anurag learnt many things about mechanical designing. He tried to make a printer and assembled it, but with little success. There was no power supply in the printer and it was not tuned in.

Anurag again tried making the parts of an engraver but failed. This went on for a couple of weeks until he stopped making the CNC engraver and started building a printer from scratch. Soon he started selling a few 3D printed keychains and action figures to his classmates.

Several project teams reached out to Anurag. It was then that he thought of making a market-ready piece. One of his classmates, Shubham Dawkhar, who was working on control systems and had a lead position in one of the tech research teams in the college, joined him. This led to the birth of Kreator 3D.

“Belonging to the tech age, we needed everything that worked perfectly. We wanted to meet the demand for a printer which could be operated from anywhere. These things were never considered in the 3D manufacturing industry and machines were kept away from people’s workplaces,” says Shubham.

He explains that in the manufacturing space, machines with high precision, industry standards, easy to use, and functional with a fully-connected interface, are not easy to find.

“This creates a gap between the innovator and the product. We have bridged that gap. We, as innovators, have built a product which helps in reducing the time to market. We are in the last leg of going to market,” explains Shubham.

Make in India: Chizel is enabling product companies to build at smaller scale

In the wake of the current coronavirus pandemic, the team built a ventilator and face shields with their 3D printing facility, and have supplied it to the SRM Hospital. They have scaled up the production by investing into injection moulding and are now selling the products in the market.

The printer essentially works by extruding molten plastic through a tiny nozzle that moves around precisely through computer control. It prints one layer, waits for it to dry, and then prints the next layer on top, which results in a 3D model. Currently bootstrapped, the team is pre-revenue and is looking to raise funds.

“We have sold 11 printers to SRM and close to Rs 50,000 worth of printed parts to students for projects, and representational figures to several store owners for display. This helped us get an office, pay for more equipment, research for more printers, and buy a furnace for experimenting with a metal printing process. The process has halted due to the COVID-19 crisis. However, on reopening, we plan to sell 100-150 printers at about Rs 2 Lakh per piece which will help us make Rs 2 to Rs 2.5 crore in revenue”, says Shubham.

The team also plans to provide 3D printing as a service. They plan to target research institutes, startups, and educational institutes. According to a Statista report, IT-BPM (Information Technology and Business Process Management) contributed 7.7 percent to India’s overall GDP.

Several labs are also helping startups with prototyping, like the Maker’s Asylum based out of Mumbai and Delhi, Workbench Project, Collab House, JMoon Makerspace, and Maker’s Loft, to name a few. There is Telangana government’s T-Works as well. In the startup space, there is Pune-based Chizel that caters to several B2B clients.