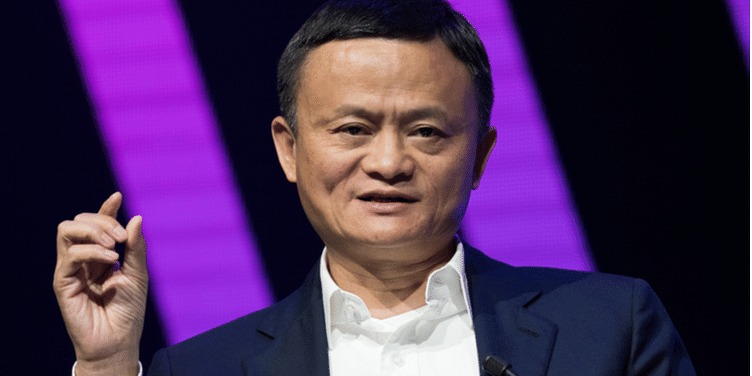 Alibaba Founder Jack Ma is no longer China's richest person. He has been surpassed by Tencent CEO Pony Ma, who's added over $10 billion to his wealth in 2020.

The pecking order of China's richest has changed.

Long-time leader of the pack, Alibaba Founder Jack Ma, has been dethroned by Tencent CEO Pony Ma, with the gaming giant's valuation surging $40 billion this week. The latter had been China's second-richest person since 2013.

Pony Ma, who owns seven percent stake in Tencent, has seen his wealth surge $10.8 billion in 2020 alone. His fortune now stands at $49.4 billion, ahead of Jack Ma's $47.7 billion, according to the Bloomberg Billionaires Index.

The Chinese techpreneurs are ranked 19th and 20th, respectively, on the list. Earlier in the year, Pony Ma had also divested some 14.6 million shares for $757 million. Meanwhile, Jack Ma's net wealth addition this year is $1.09 billion.

Tencent stock has witnessed one of the biggest rallies in 2020, climbing by 31 percent, mostly led by the boom in online gaming during the COVID-19 lockdowns.

The company reported its biggest jump in gaming sales since 2017, and clocked a 26 percent revenue growth in Q1 2020. Tencent's top gaming titles include PUBG Mobile, Clash of Clans, and Honour of Kings.

Besides gaming, Tencent's valuation spike was also led by the meteoric rise of its ecommerce business, Pinduoduo. It has grown to be China's third-largest ecommerce platform this year, trailing only Alibaba and JD.com, according to eMarketer.

Pinduoduo, which propagates group buying (also known as social shopping), saw its revenues grow by a whopping 91 percent in December 2019, with over 585 million active buyers on the platform.

The ecommerce platform is now valued at $58.2 billion, with its shares climbing 121 percent on NASDAQ. Pinduoduo's quick rise has been attributed to its availability on Tencent's messaging service WeChat, which counts over a billion monthly users.

Alibaba, on the other hand, saw its net profits drop by 88 percent in the January-to-March quarter owing to disruptions caused by the coronavirus outbreak in China.

"Although the pandemic negatively impacted most of our domestic core commerce businesses starting in late January, we have seen a steady recovery since March," Alibaba's Chief Financial Officer Maggie Wu, had said in the last earnings call.

Overall, Chinese billionaires gained from the rapid digitisation of workplaces and other everyday operations. Four of its five richest businesspeople in 2020 are techpreneurs.