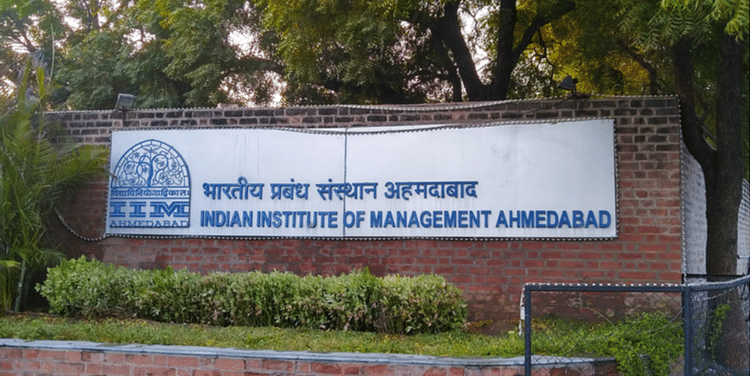 The fund, which was launched by industrialist and IIM-A Board of Governors Chairperson Kumar Mangalam Birla, aims to raise Rs 1,000 crore over a period of five years.

The fund, which was launched by industrialist and IIM-A Board of Governors Chairperson Kumar Mangalam Birla, aims to raise Rs 1,000 crore over a period of five years.

It will enable IIM-A to "make a larger impact in the field of education, entrepreneurial leadership, management practice and public policy", a statement said.

Under the guidance of the IIM-A Board of Governors, the endowment fund will be managed by an independent Endowment Committee consisting of initial alumni contributors and the Director and Dean (Alumni and External Relations AER) of IIM-A, in their ex-officio capacity. IIM-A is the first management school in India to come up with such a fund.

"Endowment funds help ensure financial health of any institute, thereby encouraging growth and self-sufficiency. We truly appreciate the founder alumni for their generous contributions to kick-start the IIM Ahmedabad Endowment Fund. These funds will play a significant role in realising the long-term goals of the institute and retain its autonomy," Birla said.

Since its inception in 1961, IIM-A has produced over 33,000 alumni working across India Inc, contributing significantly across corporates, fields of entrepreneurship, academia, public policy and service.

With one in seven CEOs with a management degree from IIM-A, the institute has the highest number of alumni in CEO/CXO-level roles in India's top 500 companies, the statement said.

"The initial major contributors who are founders of this endowment and have committed to contribute more than Rs 10 crore each have come from across the batches of IIM, starting from Sandeep Singhal and Kavita Iyer, Co-founders of WestBridge Capital and formerly Co-founder of Sequoia Capital India, and trustees of SIFF respectively (1999); Sanjeev Bikhchandani, Founder and Executive Vice Chairman, InfoEdge (1989); Deep Kalra, Founder and Group CEO, MakeMyTrip (1992)...," it said.

Bikhchandani said endowments form the backbone of all great universities around the world.

"Endowment is the glue that binds the university with its alumni. Greater the university, larger is the endowment. With this initiative, the management and the alumni have sowed a seed for what will one day be a large endowment proportionate to the stature of IIM Ahmedabad," he added.