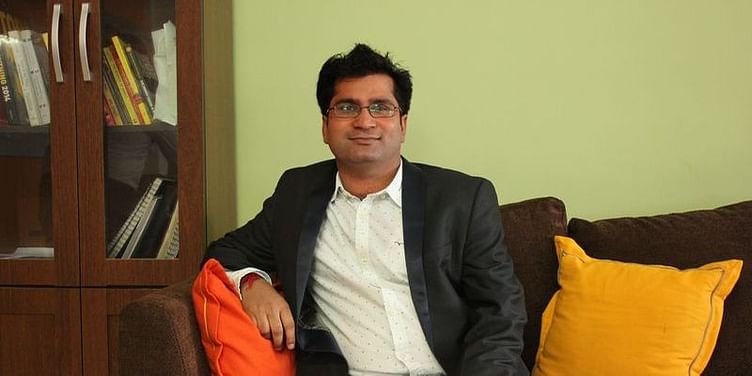 Layak Singh founded Cogxio, a hyperlocal networking and discovery platform, in 2014. The IIT Kharagpur graduate-turned-serial entrepreneur had earlier launched a test prep and learning platform, a college dating platform for IITians, and a lifestyle publication.

But it was at Cogxio that he came face-to-face with consumers who transacted online after complex discovery and decision-making processes. The startup helped ecommerce and FMCG companies with app integrations and consumer segmentation. It was also where Layak met Puneet Tandon, who would become his co-founder years later.

Cogxio shut shop in 2016 after struggling to generate revenues. But Layak and Puneet went on to use their learnings from the failed venture to set up Artivatic in 2017.

But, in 2018, after it roped in its first insurance client, the focus turned to insurtech. “We were facing delays in payments in ecommerce clients, hence the decision to shift to insurtech,” Artivatic Co-founder and CEO Layak tells YourStory.

The Bengaluru-based startup now assists insurance companies to build personalised risk profiles of customers, track and understand their financial and behavioural journeys, and develop real-time intelligence based on those patterns. It has built proprietary and patent-pending credit underwriting technology for risk scoring and dynamic profiling of insurance customers.

The co-founder explains, “Until 2018, insurtech hadn’t taken off. Fintech was focused on lending and payments, and insurance companies were working on legacy platforms. They were generating data manually which wasn’t efficient, personalised, or real time. One of our earliest clients had an automation platform, but they had issues in understanding the behavioural patterns of consumers."

"So, these businesses were looking for innovations in risk scoring, credit underwriting, and various consumer intelligence," he adds.

Artivatic has developed a low-cost modular API infrastructure that can plug and play into businesses and allow insurance companies to go live with their digital operations in a matter of days.

There are over 100 APIs for a range of use cases, including customer onboarding, risk assessment, underwriting, fraud detection, KYC automation and compliance, insurance claims, disease prediction, device-based health profiling, sentiment analysis, and more.

Artivatic charges its clients a one-time API integration fee, and takes a cut of every policy transaction on top of that.

In the aftermath of COVID-19, the startup has launched Mio, a video-based virtual platform that allows insurance agents to interact with customers, generate leads, and process claims, renewals, and payments.

Layak says, “Insurance is a sector that is largely driven by foot, with banks, brokers, and agents meeting customers on ground. That wasn’t possible due to COVID-19, and a video-based solution was needed. Mio is like a smart digital branch where insurance companies can run their entire front-end operations in a no-touch manner.”

Artivatic spent the first two years doing pilots. It finally started generating revenues in 2019, and closed the year with a contract size of Rs 2 crore.

In 2020, the startup expects to grow its order book by 6x, riding on the soaring demand for insurance products after the pandemic.

“We’ve booked revenues of Rs 4 crore, and will close two to three new contracts to end the financial year at Rs 12 crore. COVID-19 has resulted in a lot of incremental policy buying. SME insurance, for instance, was a very small segment. Startups did not take protection before. Now, they are pouncing on it. Even health and life insurance have gone up.”

Artivatic counts India’s largest insurance companies, including ICICI Prudential, ICICI Lombard, and HDFC Ergo among its clients. The platform hosts data of 1.2 million policyholders, and has processed $6 billion in sum assured and $190 million worth of premiums till date.

The startup claims to have a customer reach in almost 45,000 pin codes across India. “We’ve underwritten policies ranging from Rs 50 lakh to Rs 5 crore. Last Diwali, we hit a single-day peak of nearly 33,000 policy issuances. Q3 is typically the quarter when people invest for tax purposes or generally buy new products,” reveals the co-founder.

Rajesh Relan, Lead Investor, IAN, said at the time of funding, “Artivatic is a new-age insurtech company that aims to simplify processes and improve operational efficiency. We are confident that the team will continue building on its strength and will soon emerge as one of the leading players in India’s insurtech domain.”

Artivatic is also gearing up to raise a Series A round of over $3 million in the next four to six months. It will utilise the funds to acquire new talent and grow its 35-member team, enhance its products, improve customer engagement, and expand across Southeast Asia.

“There is a lot of demand coming in from Singapore, Indonesia, Philippines, and Vietnam. The market opportunity there would be about $1-2 billion. We’ve already been a part of Plug and Play Singapore [a fintech and insurtech expo], and want to build on that.”

In India, of course, the market opportunity is much bigger.

Insurtech startups attracted investments worth $183 million in 2019, the highest ever in a calendar year. Additionally, 150 million policies were sold and $60 billion in insurance premium was collected in the country. “We’re hoping to capture about 10 percent of this market,” Layak reveals.

Artivatic’s peers in the insurtech segment include Arya.ai, Fedo.ai, Vymo, MetaMorphoSys, and others. But, the founder insists that most of them aren’t “full-stack” platforms, and that is what will differentiate Artivatic.

With the demand for insurance products soaring post COVID-19 and the urgent need for paperless platforms, insurtech is just about getting started. Or as some investors like to put it, “It is coming of age.”