From virtual pets to India’s first bitcoin startup: How Unocoin changed the crypto game in India 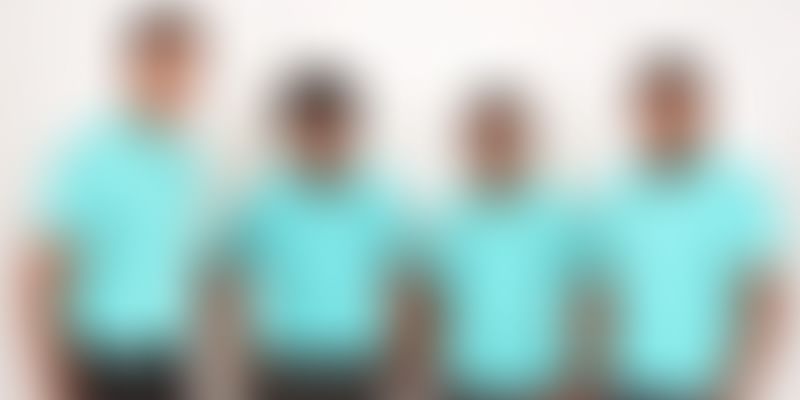 Sathvik Vishwanath set up Unocoin in 2013 when crypto assets were just starting to create a buzz. The idea for his startup stemmed from Second Life, his online game involving virtual pets and farm animals.

It was September 2008. Lehman Brothers had just crashed and, with it, global stock markets. Bear Stearns, which six months earlier had had to sell itself to JP Morgan to avoid bankruptcy, and the Lehman downfall, blew the whistle on a looming recession. With their worst fears confirmed, companies went into a cash-saving mode and instituted a blanket hiring freeze.

That did not bother Sathvik Vishwanath, a student at Melbourne Business School at the time. A coder and a creator who hailed from South India, he knew he would survive the recession.

Sathvik was bitten by the entrepreneurial bug early. In 2001, when cyber cafés were becoming popular in India, he used to help visitors create websites and custom email IDs.

In 2008, the tech maverick decided to create an online virtual gaming platform, Second Life, after he realised there was a market for internet-based games. Sathvik moved back to India the next year and soon incorporated VentureNext, an online platform that helped people create their virtual avatars.

“What I would do is create an automation script that an individual could use to do a particular activity. These are similar to flash animation scripts, which are done behind visible objects behind the screen,” Sathvik explains.

From virtual animals to currency

Four years after that, Sathvik decided to broaden the platform, and in partnership with Fennux, a company in Ohio, created and sold virtual pets. Using special instruments such as genetic engines, the game helped pair animals and give birth to offspring in around a week.

“This became a popular concept in Second Life. It also gave birth to different businesses based on our project. For example, if they wanted a unique food for their animal or wanted to sell for a certain price, there were virtual auction houses, for animals, land, and farms,” Sathvik says.

To monetise the game, Sathvik used a closed-loop currency called Linden Dollars provided by Second Life, which could be bought and sold by players. Two hundred and fifty Linden dollars were worth $1, and they could be used like a real currency.

The transactions took place on PayPal, which unfortunately charged them hefty conversion and handling fees.

“We knew that we had to build a separate platform as I would lose close to 7 to 8 percent with every transaction,” Sathvik recollects.

This was in 2013, when blockchain and bitcoin were just starting to pick up. The timing could not have been more perfect for Sathvik, who had started attending several cryptocurrency meetups to learn more about using digital currencies and converting them at cheaper rates.

He realised that crypto was an effective and easy way of converting his Linden dollars, too.

“I was fascinated with the idea of digital currency being popular across developed nations, and that they could be used for easily moving funds, globally. So I decided to launch Unocoin in 2013,” Sathvik says.

Unocoin was one of India’s first bitcoin-trading platforms, which focused on storage, buying, selling, merchant gateway, and PoS apps.

“I was glad that there were close to zero transaction fees for cryptocurrencies, but there was no exchange or a place of sorts to buy and sell bitcoins. So I saw that as an opportunity. At one of these crypto meetups, I met my founding team,” Sathvik says.

One of the advantages of being the first movers in this space was that Sathvik could define what such a platform needed. There were several rules and policies that the Unocoin team instituted and started following on their own accord.

“We focused on strong KYC protocols, and safety systems so that people could transact easily,” Sathvik says.

By 2017, four years since its genesis, the platform had started seeing nearly 2,000 transactions daily, with equal numbers of bitcoins sold and bought every day. It had over 3.7 lakh unique customer logins.

The next few iterations of the product saw it offering customers a systematic buying plan to let users hedge their risks, and invest gradually over a stipulated period of time.

By the end of 2017, bitcoin and other cryptocurrencies had started hitting daily record highs. In December, bitcoin touched $19,783, its highest price ever, so far.

For Unocoin though, things started going downhill from October 2018. The company had set up a bitcoin ATM in India, the country’s first such machine, but it had to be removed since it was against the law. India had taken a hard-line stance against the unregulated crypto space, and tried to squash all trading operations.

Sathvik, himself, was picked up by the police and sent to judicial custody.

By then, the startup had already inked deals with close to 45 banks and had started allowing users to recharge their BookMyShow wallets, phones, or DTH boxes using cryptocurrencies.

While Sathvik says he cannot talk about the case, he acknowledges that compared to 2017, people now are becoming a lot more open to cryptocurrencies.

“We still have a long way to go. India still needs a lot of changes, in terms of its crypto policies. There can be a more open dialogue,” he says. Bitcoin has always been under regulatory grey areas, as the RBI has deemed them unregulated.

However, many bitcoin startup founders believe that this mode of payment can bring in better transparency. After being engaged in a legal battle for 22 months with the RBI, the IAMAI was finally able to win a case in March this year, which allowed Unocoin to start providing bank deposit and withdrawal services to its customers.

“Unocoin has worked with a single agenda in mind — enabling Indians to have access to bitcoin and crypto-assets. We hope we get support from the crypto industry, financial regulators and enforcers,” says Sathvik.

The platform has over 13 lakh users, out of which at least three lakh are KYC-verified customers. The company said its turnover runs in hundreds of crores, year on year, and it has been praised for bringing blockchain to its critical mass by following self-regulated standards. Some of the other startups in the space include Koinex and few others.

Unocoin has also been lauded for its industry-leading innovations such as the bitcoin systematic buying plan (SBP), bitcoin Point of Sale (POS) App, and bitcoin Over-the-Counter trading (OTC).