MSME Week: Why consolidation is the key for businesses to survive 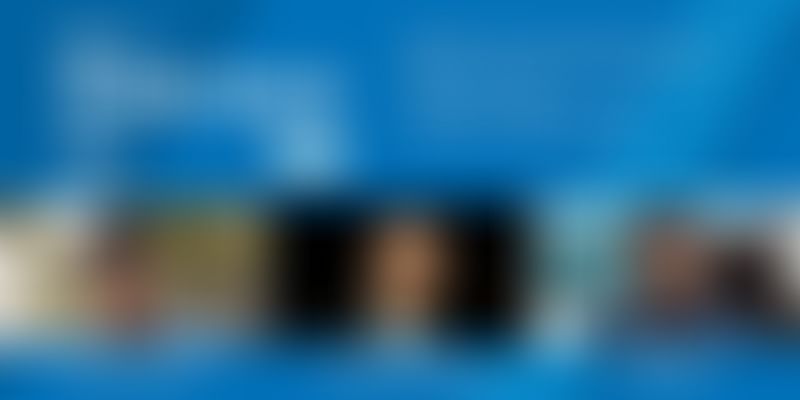 As part of the MSME week, SMBStory organised a panel discussion, powered by TransUnion CIBIL, on June 25 to know how MSMEs can revive their cash flows in these difficult times.

The MSME sector, which contributes to 30 percent of the nation’s GDP, was severely affected by the COVID-19 pandemic as revenue streams dried up, and credit disbursal came to a halt with the imposition of the lockdown, leading to disrupted cash flows.

To understand the various ways in which MSMEs can revive their cash flows and move towards business revival, SMBStory organised a panel discussion, as part of the MSME week, powered by TransUnion CIBIL, India's first credit information company, ‘MSME Credit: Solving cash flow for MSMEs should be top priority for Indian economy.’ on June 25.

Prakash of Invoicemart says that since the last week of March MSMEs have been facing a mix of issues ranging from paying salaries and utilities to more systemic ones such as securing timely credit when appetite is low, among others.

“On the other hand, there are signs of recovery. In June, the number of invoices being financed digitally have reached 50 percent of last year’s average. We are hoping that the way the lockdown is being administered is under some kind of control, which balances health and business in a meaningful way,” he says

MSME Week: How long will SMBs take to recover from the COVID-19 crisis?

Hiranandani Group’s Darshan says, “All supply chains are disrupted and it is causing a lot of pain across the board,” adding that since the credit supply to large corporates are being impacted, and MSMEs often work in conjunction as suppliers to them, MSMEs are also facing tough times.

“If there is a bad credit appetite seen by the large corporates, then it is probably worse for MSMEs,” he says, adding that liquidity problem has affected the entire system and the government must announce a restructuring package for corporates, NBFCs, and the real estate sector to bring about the much-needed liquidity.

Shachindra Nath of U GRO Capital says more than 70 percent of the MSMEs they work with are not operational today.

“Close to 33 percent said they cannot survive beyond three months. More than 50 percent feel they would not be able to restart after the end of the pandemic,” adding that this is because MSMEs do not create a war chest like corporates to tide through tough times. “Most of them operate with a 10-15 percent margin and in a three-month shutdown, their years' earnings can get washed out,” he says.

Shachindra says that MSMEs can adopt a three-pronged approach to help revive their cash flows. The first would be to judge the inherent strength of the business to survive. The second is to judge the effectiveness of a path taken towards cash flow revival. And the third is their ability to reduce costs below current revenue flows.

Easing policies would also help the sector, Darshan said, “We have a sophisticated GST system. If MSMEs can generate an invoice on it, why can’t they obtain credit from it, as it would speed things up,” he says.

MSME Week: How India can leverage its export of steel to boost economy

He also said it was crucial to improve ease of obtaining cash flow in the current scenario and given the current uncertainty, contract-based arrangements may not be viable. “Revenue sharing partnerships should be arranged to get through these times.”

Prakash says that some MSMEs were exploring new avenues of business and attracting new buyers wherever possible to revive their cash flows. He added this is the right opportunity for MSMEs to reach out to their respective chambers to chalk out strong solutions to their most pressing issues.

Speaking about building transparency, and ensuring prompt execution of MSME financing solutions, Shachindra says for MSMEs, the biggest problem is how large lending institutions appraise them. “To that end, we want to take out the judgemental criteria out of the underwriting process and make it more data driven,” he says.

Darshan says credit markets will only get strengthened when there is still a further push from the RBI to get banks to lend. He added that the United States and Europe are expected to carry out a massive money printing exercise, and that some of that liquidity can find its way to India.

“It is all about hand-holding and sustaining these enterprises for two years, because asset values are expected to shoot up with the kind of printing happening in the market,” he says, adding that consolidation is key in these times, which involves cutting down on fixed costs and overheads for everyone, be it small business or large corporates.

View the complete coverage of this insightful on the discussion below: