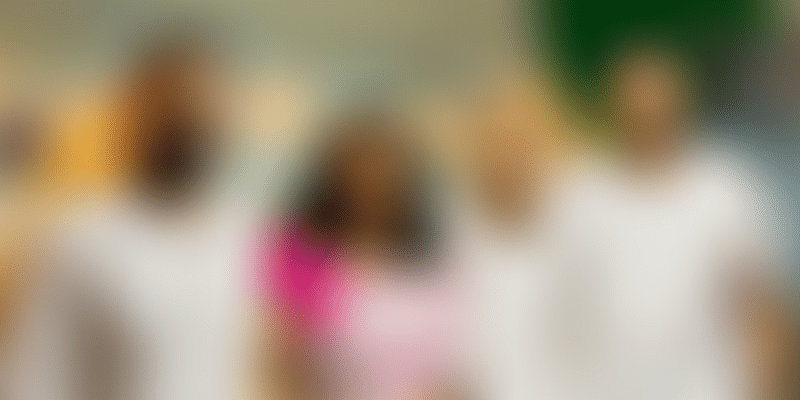 Chalo, a Mumbai-based public transport management startup, has tied up with state governments to ensure commuters use safe and efficient bus transport systems. Chalo claims to do facilitate over 45 million rides each month.

One of the largest modes of public transport today is the bus. According to the Indian state road transport undertakings, over 68 million people travelled by bus – both city and intercity – in 2018. And while a city like Mumbai has a completely connected train system, and Delhi has a large metro system, most cities rely on buses for public transport, for the masses.

However, public transport systems are often chaotic, and few understand the right timings for the different buses. It let Vinayak Bhavnani, Mohit Dubey, Priya Singh Dubey, and Dhruv Chopra to start Chalo, a public transport management startup, in Mumbai in 2014.

The startup has so far raised $23 million in funding from Xiaomi, Waterbridge, Venture Highway, and the angel investors, Amit Singhal, and Neeraj Arora. The Chalo app is currently active in 23 cities. Chalo also operates buses in 12 cities, with over 45 million rides each month.

The platform provides three key services: the app, through which a customer can track any bus on a real-time basis, and see its live arrival time; Chalo Card – an NFC touch-to-pay card which can store a wallet; and multi-trip tickets (eg monthly pass).

In the times of COVID-19, contactless payments are on the rise with the focus on increasing safety and reducing health risks. Users can buy their bus passes/tickets on the Chalo app and simply scan their QR code to travel. This means no more trips to the ticket office for the lakhs of students and commuters who use bus passes.

The team had realised that the use of private vehicles can be controlled only if public transport is made easy and convenient for all passengers. While intracity train systems are limited to metropolitan cities, bus transport is the predominant mode of travel around India.

However, a large number of passengers moved from buses to other means such as shared autos because the bus systems were unreliable. The team believes reliability, punctuality, and cleanliness were some of the issues that made a passenger shift to other transportation means as soon as their income could support it.

“The intent of starting Chalo was to make bus systems in India reliable and pleasant and a preferred choice for everyday travel,” Mohit tells YourStory.

Three out of the four co-founders – Priya, Dhruv, and Mohit – had previously worked together to build CarWale and BikeWale. During their previous stints, they had worked closely with all the car and bike manufacturers and dealers and had seen first-hand the impact of adding more cars and bikes to city roads.

“We often discussed these problems among ourselves. We had several discussions centred around finding a better way to get around the city, than constantly being stuck in traffic jams. The idea behind Chalo arose from those discussions,” he adds.

It was then, in 2014, that Mohit met Vinayak (a software developer from IIT Delhi). The two discussed ideas, found common ground, and the company was born. Vinayak led the company from 2014, even as Priya, Dhruv, and Mohit continued to work at CarWale and BikeWale, and then eventually joined Chalo in due course.

Once the consumer downloads the app, they can track any bus on their network and receive updates like the arrival time of their bus. The app tracks the live GPS position of their bus on the map, helps users locate the nearest bus stop, as well as plans their trip door-to-door using the multi-modal trip planner.

Once the consumer purchases the Chalo Card (which can be recharged or used as a monthly pass) from the conductor, they can just tap the card to pay or they can also purchase the tickets/pass on the Chalo app and simply scan their QR code to travel.

Chalo works in partnership with the bus operators to deploy an end-to-end solution from the hardware on the bus to the software on the cloud, and mobile application for the user. This helps Chalo make the travel experience seamless, and the team says the user saves an average 30 minutes in waiting time. The app is aimed to make transactions hassle-free, which, in turn, aims to bring more rides and revenues for the bus operators.

The team started by building an app that could streamline the information available on the public transport systems. The main purpose was to provide a multi-modal trip planner, with relevant schedules and information to reduce the waiting/planning time.

Earlier known as Zophop, the app would even give schedules on the Mumbai local trains. But the team found buses to be more challenging. So they decided to abandon the “schedule” or “time table” concept, and offer live tracking of buses instead, to make them more reliable.

The move to bus transport

By early 2015, they built a system to track some of Mumbai’s buses on a real-time basis as a pilot. Seeing that live tracking made a huge improvement to the bus experience, the team decided to focus on live bus tracking and started reaching out to bus operators across the country.

However, live information was just part of the problem. The team needed to work on bringing reliability across the network of business. They found that barring a few cities like Delhi, Mumbai, Bengaluru, and Chennai, where the entire city routes are managed by a single operator, in most other cities, the bus routes are auctioned to private bus operators.

A typical bus operator manages between one and 20 buses, and owns rights over certain bus routes defined by the government. The service levels across the city are therefore not uniform, leaving customers dissatisfied. Their research showed that a passenger tends to shift very quickly to other means of transport, like a shared auto, if buses do not run on time, or even purchase their private two-wheeler.

“Our first break came in 2016 in Indore, when Indore’s largest bus operator agreed to install Chalo’s GPS devices on their buses, thus enabling users of the app to live-track those buses. The operator, too, got valuable data from the vehicle tracking system on his own buses. Soon, a passenger could track the buses and plan their trips,” says Mohit.

Even though the live tracking service first started in Indore in 2016 on a partial set of the city’s buses, it was only in May 2018 when Chalo launched its first full city live bus tracking in Bhopal.

“In the two years since then, Chalo has grown its presence rapidly to 28 cities, of which live bus tracking is offered in 23 cities – that’s a pace of one new city each month. Chalo’s technology has been able to increase bus ridership by as much as 100 percent in some cities, and 25-30 percent on average. For example, close to 48 percent of Jaipur’s daily bus travellers use the Chalo app to track their buses,” says Mohit.

Apart from Ola, Uber, Shuttl, and others, several startups are working to solve the transportation problem in India. There is also the ride-sharing startup LiftO, while Riddlr, which is now acquired by Ola, focuses on connectivity and transport information.

The team at Chalo has built their entire technology stack for public transport – from installing GPS devices on buses, to the live tracking algorithms, to payments, to auditing, automated fare collection systems (AFCS), and even installing ticketing devices and validators in buses.

“We operate 2,000 buses daily in 12 of these cities under Chalo’s banner. In these cities we take ownership of the ground operations and deliver reliable bus services with the aid of Chalo’s technology stack,” says Mohit. Chalo works in partnership with operators and charges a revenue share when ridership increases. The team, however, refused to share revenue details.

“Our present focus due to the unexpected COVID-19 pandemic has been on increasing the safety in buses and reducing the transmission risk, which is very high. The public transport system faces two big challenges – very high transmission risk from handling cash (95 percent of India’s bus tickets are paid for in cash) which results in contact with bus crew, and anonymous ticketing (travellers are not traceable or contactable),” says Mohit.

The team is working with city governments to introduce 100 percent cashless buses and 100 percent registered travellers.

“As on May 22, 2020, Guwahati, Thiruvananthapuram, and Vijayawada have already launched Chalo’s contactless payment systems. We think this will go a long way in making buses much safer in India, and in building faith among the public, which will hasten the process of returning to normalcy,” says Mohit.