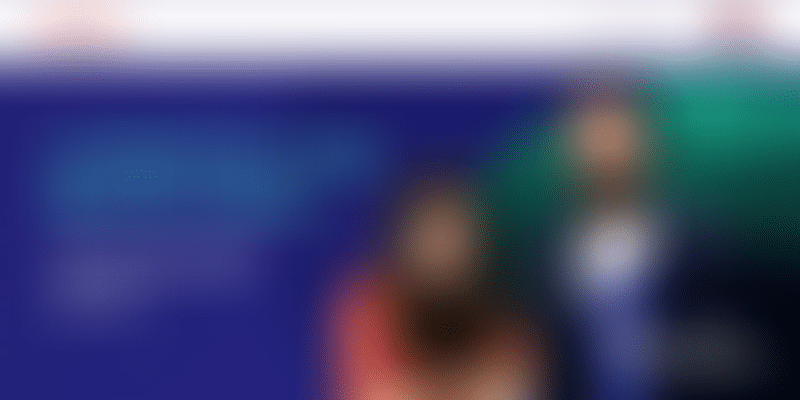 On Money Matters with Shradha Sharma, Square Yards Co-founder Tanuj Shori explained how several offline steps in the proptech market got digitised within a day amid the coronavirus lockdown, thereby boosting business for the startup.

The coronavirus pandemic outbreak essentially brought the entire world to a standstill. While several businesses suffered due to the lockdown imposed to control the outbreak, Square Yards Co-founder and CEO Tanuj Shori explained that the forced shift to digital actually helped the proptech startup clock outstanding results in April amid the pandemic.

On Money Matters with Shradha Sharma, Tanuj says that the greatest learning for the team was that businesses don't always need to put themselves in consumers' shoes.

Founded in 2014 by Tanuj Shori and Kanika Gupta Shori, Gurugram-based Square Yards is a proptech brokerage and mortgage marketplace. The startup is ranked among the top 50 in terms of revenue in India, as it clocks an average of $50 million, and has also achieved profitability.

At present, Square Yards operates in more than 25 cities across the globe and has over 3,000 employees across nine countries including Australia, Canada, and Gulf countries.

“The real learning was that don’t always put yourself in consumers’ shoes because when COVID-19 broke out and a week before lockdown, I myself believed that at a time when people are cutting down on costs, why would people invest in real estate? But one day, we told ourselves that India is a land of a billion consumers. So, let’s test the market. We were positively surprised and understood that there are several consumers with capital who are looking at the crisis at the opportunity to invest at a time when the [low] prices are made available only at the time of crisis,” Tanuj says.

He explains that in the proptech market, several steps — inventory selection, site visit, walkthroughs, and data analytics — were offline due to stakeholder choices. Square Yards has been rigorously working over the years to make the digital shift.

However, the coronavirus lockdown finally pushed the stakeholders to go digital — within three days — boosting the demand for its services.

COVID-19 and the real estate sector

According to Tanuj, coronavirus will affect the sector positively and negatively, and has boosted the process of consolidation in the real estate space. He explains that the top 20 players are actually gaining business under these circumstances. However, the medium and lower level players have taken a hit.

“We have been seeing a wave of consolidation in the Indian real estate market since the last couple of years precisely because of multiple regulatory aspects, demand, and the impact of the economy. What COVID-19 has done is that it significantly accelerated the consolidation process in the sector,” he adds.

Citing data, he explains that the top 20 real estate developers in India account for only five percent of the market share, similar to what it was in China in 2004. However, today, China has a market share of 70 percent, and India is walking down the same line where conglomerates will enter the market and build trustworthy value chains. He says that COVID-19 has accelerated this process.

Citing rough data, Tanuj says, “Our stance is that India recorded roughly 20 to 25 thousand new home purchase transactions before coronavirus and this number has fallen down to six to seven thousand in the last two months. But the share of transactions for Grade A developers has gone up from 2,000 per month to four to five thousand a month right now. It has practically shut down the Grade C or D players but organisations with deeper balance sheets have increased business.”

Tanuj explains that real estate in India is majorly looked at as an emotional class of asset rather than from an investment point of view. He says that the approximate rental yield in India is two to three percent in real estate while the average cost of a mortgage is almost 10 percent.

Technically, any such asset, which involves higher investment and lower earnings, would not sustain but real estate has worked for 10 to 12 years because it is considered as an emotional asset.

According to Tanuj, while real estate across the world is in demand for rental yield, in India, it is in demand because of capital appreciation.

When this capital appreciation decreased about five years ago, demand began to fall across cities. However, he adds that the investor asset class is coming back due to urbanisation and the upliftment of the middle class.

“Due to COVID, we have the prices and payment plans, where one can enter as an investor and make a sizable return, which may outlast equity returns for next three to five years,” Tanuj says.

The entrepreneur also believes that in the real estate market in India, there is no issue with demand but with supply, even with unsold inventories as most of the projects are not rightly priced or sized. Even then, he believes that government and regulators can and should influence the demand aspect.

Tanuj says that a reduction of GST on stamp duty can help with the increase in demand for real estate properties. For the uninitiated, stamp duty is a government tax of five to six percent levied on property transactions, which is paid by the buyer during registration. He adds that the government needs to overhaul the taxation system in the real estate market.

The co-founder explains that the secret recipe of growth for Square Yards has been the execution of business. He says that the startup took the industry head-on, not with any one mode such as technology, offline mode, or institutional relations. According to him, Square Yards has combined all the three aspects to execute its business.

“It is a simple case of aggregation done right where 10 people are building 10 different things in the right way and the ecosystem synergies fall into place,” Tanuj says.

Square Yards, which relies on the brokerage model for earnings, is aiming for a 20X growth in business by 2025. It is also looking to expand its operations in South East Asia.

Tanuj says that the business was entirely built by the people working on it who take ownership of their work. The entrepreneur adds that there are “22 co-founders” on-board driving the business growth for the company.