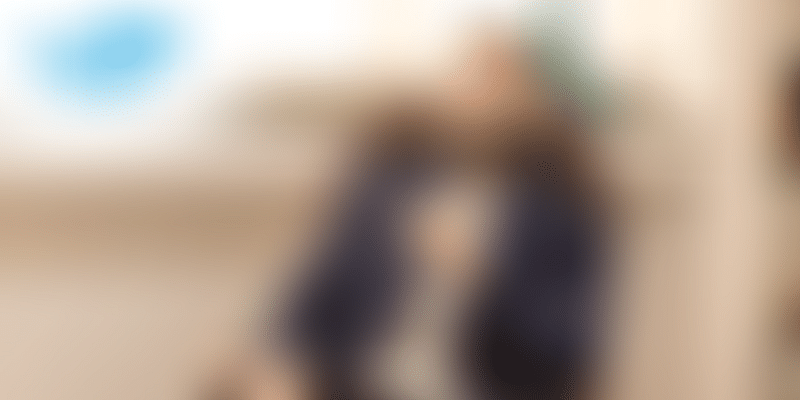 The Turning Point is a series of short articles that focusses on the moment when an entrepreneur hit upon their winning idea. Today, we look at Pune-based health and wellness startup, Fittr.

Jitendra Chouksey calls himself an accidental entrepreneur. A software engineer by profession, he was always passionate about fitness, which made him workout seriously after moving to Pune from Bengaluru in 2013.

Later, he completed the ISSA Sports Nutrition Certification and wrote a book on fitness called ‘Get Shredded’, which was a distillation of all his knowledge about nutrition and exercise.

While working as a technical consultant in Pune, people started consulting him about fitness. Thus, he started a WhatsApp group of five people to mentor them. As more and more people joined the group, he decided to create a Facebook group to reach more people.

“The way the group operated was simple – people asked doubts regarding fitness, and I answered them. The Facebook group was probably the first attempt in India to provide science-backed health and fitness advice for free,” says Jitendra.

Over time, the group became bigger. That is when Jitendra decided to turn his passion into something bigger.

In 2016, he launched Fittr, an online fitness startup, with Rs 90,000 investment. The platform started by providing online coaching to members of the group who needed help on their fitness journeys, and charged a minor fee.

Two years later, in 2018, the Fittr app was launched with a freemium model. The app provided free access to diet and training tools. Users could get personalised guidance, customised plans, and weekly check-ups through one of Fittr’s 200+ certified coaches by paying a small premium.

“Our fitness app was a natural progression of this journey that started in 2016. We wanted to democratise health and fitness, and the best way to do that was to put the best tools and solutions in the hands of the people. And that is exactly what we have achieved with Fittr,” Jitendra tells YourStory.

Last year, Bollywood actor Suniel Shetty became a stakeholder in the company, and in April 2020, the startup raised $2 million in Pre-Series A funding from Surge.

The need to be fit

Jitendra got the idea to start up in the space after seeing many people around him struggling to get fit. He wanted to help them improve their lives.

“I used to be a fat kid myself and used to be bullied. I know what it feels like when other people are trying to make you feel inadequate because of the way you look. Plus, I saw a lot of improvement in my health when I took my fitness goals seriously. I wanted people to experience the same,” says Jitendra.

According to him, “most people still rely on ‘fitness tips’ from so-called experts, which is why they fall prey to a plethora of misinformation, myths, and fad diets.”

“My vision for Fittr is to create a global community of people who want to achieve physical, mental, and emotional fitness,” Jitendra says.

Since inception, the platform’s accumulated gross revenue has grown to Rs 100 crore. However, its primary source revenue is the Fittr Coaches.

So far, over 1,50,000 clients have enrolled with the coaches. Each month, the startup claims to see over 3,500 new enrolments, and the team manages to maintain a consistent renewal rate of 40 percent in the enrolments.