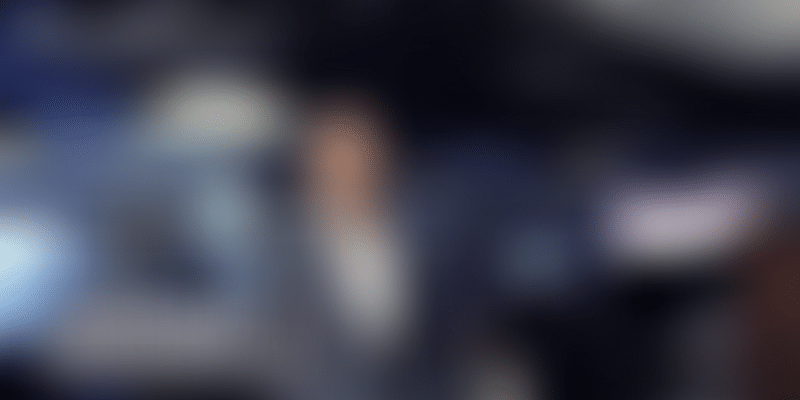 As Zerodha turns a decade old, the bootstrapped fintech startup is formally valuing itself at $1 billion, albeit conservatively, and carrying out an ESOP buyback plan to reward its team and put liquidity into their hands amidst the COVID-19 crisis.

Before Zerodha became a unicorn, it was a ‘proficorn’ – a profitable startup with no external funding. Now, as India’s largest brokerage turns a decade old, it is formally claiming unicorn status, ‘conservatively’ valuing itself at $1 billion as it announces an employee stock options buyback plan.

Zerodha’s Rs 65 crore employee stock ownership (ESOP) buyback plan, which is being facilitated at around 5X the book value, puts the bootstrapped fintech startup’s valuation at Rs 7,000 crore or around $1 billion.

But this number could have been ‘much higher’ if Zerodha had been valued as a tech firm, rather than as just a brokerage firm, Co-founder and CEO Nithin Kamath tells YourStory.

“4X-5X book value is what brokerage firms typically get. The thing is, we are not just a brokerage firm. We’re actually a tech firm that’s growing very fast. The actual valuation numbers could be way higher because people value tech businesses based on growth,” explains Nithin.

In the past ten years, ever since brothers Nithin and Nikhil Kamath launched Zerodha in 2010, the duo have eschewed the ‘growth-at-any-cost’ approach adopted by many Indian startups, choosing instead to focus on building a sustainable business model backed by a solid tech product.

And that strategy has paid off.

Zerodha – which recorded a net profit of Rs 350 crore on revenue of Rs 850 crore in FY19 – has witnessed its total client base increase nearly 40X to 2.8 million over the past five years. This feat was achieved by doggedly building credibility and trust through knowledge sharing and superior customer service, rather than through marketing or customer acquisition costs.

Even amidst the COVID-19 pandemic, the company has recorded rapid growth, doubling its average monthly user additions from pre-COVID-19 levels to around 200,000 users per month since March 2020, as first-time investors sought to take advantage of the sharp declines in stock markets owing to the crisis.

This means that about 30 percent, or around 800,000 users, of its total client base were added in just the past four months alone.

Growing at such a rapid pace means Zerodha’s valuation could’ve been set much higher.

“We could’ve taken Rs 400 crore of earnings and 40X multiple to arrive at a valuation of Rs 16,000 crore. And it wouldn’t have been a stretch at Rs 16,000 crore at all because 40X is what every tech business takes into consideration when valuing itself,” explains Nithin.

Zerodha’s current valuation estimate was calculated based on its closest competitor ICICI Direct’s price-to-book value ratio, rather than its price-to-earnings multiple, as the biggest publicly listed broker in the country is growing at the pace of a traditional broker, rather than that of a tech firm.

Nithin notes that the valuation of a private company is inconsequential unless it is planning to list in the market or has private investors.

And Zerodha intends to do neither of the two.

In fact, the company is foregoing its earlier plan of doing an initial public offering (IPO), given the market uncertainty caused by the COVID-19 pandemic and the shareholder responsibility a company must bear once it raises public money.

“Today, we are aggressive and nimble in the way we work because it is our own money. But as soon as we raise money, we are responsible for other people’s money. Also, in our business, predicting revenue is very tough as its dependent on the underlying market volatility. And the current situation has made predicting even tougher. So, until there’s clarity, we won’t do an IPO anytime soon,” says Nithin.

The company also runs an educational initiative called Varsity, which has seen heightened activity amidst the COVID-19 pandemic, with more than 80,000 people taking its certification course on stock market trading.

Behind its rise to the top

For Zerodha, which pioneered discount broking in India, rising to the top while competing with larger, more established rivals has come about because of its ability to take risks, be nimble, and stay product- and customer-focused.

But ask Nithin that question, and he credits Zerodha's success to his team of 1,100 employees, the majority of whom have stayed with the company in the past decade.

Indeed, just like its ESOP buyback plan is intended to benefit around 700 employees, the company’s announcement of its self-assessed unicorn status also appears to be another employee-friendly move, instead of one aimed at asserting its growth.

To be clear, the valuation number needn’t even have been $1 billion, says Nithin, who has often made it apparent in the past that turning a unicorn is not the goal Zerodha is chasing.

“But everyone working in the company thought $1 billion was a cool number to be at,” Nithin says matter-of-factly when quizzed about the move to claim unicorn status.

In another employee-friendly move, the company is also offering a cash bonus of a minimum two-months-worth of pay for all employees and up to ten-months pay for others based on their performance, Nithin adds.

“We’re completing 10 years as a business this year, and this is almost like a celebration that we wanted to have,” says Nithin about the cash bonus and ESOP buyback plan that will allow employees to sell between 5 percent and 50 percent of the shares that will be vested this year at Rs 700 per share.

Last year, Zerodha had created an ESOP pool worth Rs 200 crore for 850 employees.

Speaking about the rationale for the ESOP buyback plan, Nithin says the move is aimed at rewarding its long-term employees and allaying liquidity concerns of the team amidst the COVID-19 crisis. He adds,

"We’ve seen that people are generally worried during this crisis, so we wanted to give liquidity to those who’ve been with us for a while. Also, I think that businesses that are doing well should do whatever they can to put liquidity back into the economy. More money now in the hands of our employees means more money being spent somewhere in the economy. So, I think that is the right way to revive the economy."

Bearish on the economy

In the past three months, as the coronavirus pandemic roiled stock markets, Zerodha had a front-row seat to changing investor behaviour, as new account openings on its Kite trading platform skyrocketed as investors viewed the sharp declines in stock markets as an opportunity to buy large, blue-chip stocks at discounted valuation.

As of Friday, June 26 close, Indian markets have gained about 38 percent from the lows they hit in March. The Nifty and the Sensex saw its second consecutive week of weekly gains, with the Nifty ending the week at 10,383 on Friday, while the Sensex closed at 35,171.

Still, the usually optimistic Nithin believes the economy could be in for a prolonged period of uncertainty, and that the economic and market performance could soon play catch up. He says,

“Unless the government has a Brahmastra (a special weapon created by Lord Brahma) up its sleeve, I don’t know how we’ll revive the economy. I think the next one to two years are going to be tough, and we have to be well prepared for it. Right now, the writing is on the wall.”

But in India, unlike in the US, there is no excessive speculative trading, says Nithin.

And yet, if the markets continue to go up in the next few months, it could give rise to investors trying to make a quick buck by trading in penny stocks – companies with no credible promoters and market valuation of less than Rs 100 crore, says Nithin.

“The good thing we have seen in India though is that although account openings have picked up significantly, there is no leveraged trading,” says Nithin.

Many of the first-time investors Zerodha has added on its Kite platform are less than 35 years of age. These investors are choosing to buy blue-chip stocks, rather than engage in leveraged or speculative trading, Nithin says.

Instead of spending large sums, today’s millennials – who make up the bulk of Zerodha’s client base – are choosing to prudently invest in safe stocks, bringing down the average size of the trades.

“Most of our client base are millennials and the reason they come to us is because of our education initiative, better product, and the seamless process. And the good thing is that the millennials are not spending all their savings. Maybe the millennials of today are smarter traders than what people were before,” adds Nithin.

Still, stock market trading – or running a profitable, bootstrapped venture — isn’t as easy as it may seem, Nithin says.

What’s key, for investors and businesses, he says, is defining a ‘stop loss’ – or the maximum loss one can afford to take on any trade or move – sharing a lesson straight from his 25 years of trading the markets and 10 years of building Zerodha.