How 5G, a potential game-changer, could transform our lives like never before 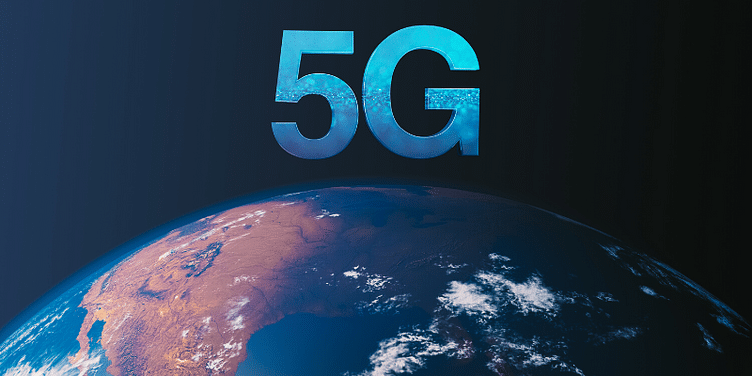 Here’s why 5G technology is indeed revolutionary in the way it can possibly transform and disrupt the world, our lives, and industries like never before.

Advanced civilisations and cities may have flying personal vehicles whooshing by at high speeds and avoiding collision by communicating with each other and by being aware of their surroundings. We all have seen such scenes in futuristic movies and have probably wished to see such advancements in our lifetimes.

Take, for example, connected cars. We have already seen some versions of them on the roads. We could even find commuter cars that offer plenty of connected features.

But, let’s take it a notch further. Imagine a world where all the vehicles on the road talk to sensors, devices, humans, and also each other, and are aware of each other’s directions, speed, and intentions.

Imagine vehicles with the capability to take accurate and super quick decisions on their own to avoid any accidents, thereby leading to a truly autonomous driving experience where human inputs are either not required or even, best avoided.

To achieve this level of sophistication, one of the key elements is ultra-high-speed data transfer in large volumes across wireless networks with ultra-low latency so that systems can process data and respond with extremely high responsiveness. This is exactly what 5G is meant to do. Coupled with the surge of IoT devices and sensors, 5G has the potential to change everyone’s lives.

In this piece, we will try to explore why 5G is indeed revolutionary and not just an addition of another G to the 4G, its possibilities, how it could transform and disrupt the world and our lives, and the security concerns it comes with.

What is 5G and what is with all the hype around it?

Put simply, 5G is an innovative mobile technology, which is expected to impact all aspects of our lives, including our homes, entertainment, work, and travel. This is because it enables download speeds 10 to 20 times faster than the 4G networks of today, is much more responsive than the current networks, and also allows many more devices to be connected to the internet. In short, it radically improves network bandwidth.

5G is expected to unleash an explosion in the number of connections, especially in the number of IoT (Internet of Things) devices connected to the internet and in the volume of data transmitted across networks.

With such speed and capacity, 5G is expected to transform everything around us. The most obvious use cases are autonomous robots in mines, warehouses and factories, smart cities, super responsive remote surgeries over the internet, more immersive entertainment options, and cloud gaming.

5G will not substitute 4G, at least initially. But instead, it will add a layer on top of it. Along with today’s mobile towers, there will be many smaller towers or base stations that are closer to the mobile and IoT devices. These towers transmit wireless signals at a much higher wavelength than today’s signals.

It is being said that all this will help reduce network latency from the current 50 milliseconds to one millisecond, effectively removing it. One media outlet wrote, “In this world, autonomous vehicles can respond near-instantly to unexpected events, busy robots can interact with perfect precision in a factory and we can download a 4K movie on to our mobile devices in seconds”.

Now, let’s divulge into a few areas likely to be transformed by 5G.

In places where 5G is already available, there have been some revolutionary changes in healthcare.

With a 5G enabled network, complicated or specialised surgeries and procedures would be possible at local hospitals through robotic surgeries either by remote specialist surgeons or local doctors with remote specialists on standby to step in, in case a need arises.

This makes such facilities accessible to a much larger population, and especially to those in remote regions. Perhaps, scenarios, where a surgeon does multiple surgeries in multiple rooms in a day without ever getting inside one, are not so far away. The large amount of data collected and transmitted by the robotic machines which do these surgeries further adds to the accuracy and learnings of such procedures.

In healthcare, location will continue to diminish in significance for not just surgeries, but assessments, monitoring, and treatments too. 5G will enable doctors to monitor and check on the patients at their homes with sensors and other internet-enabled devices.

How technology will transform healthcare after the coronavirus pandemic

With its hunger for large magnitudes of data, 5G will inevitably transform the AI landscape even further. Devices collecting and transmitting data for analytics will increase in numbers dramatically, and so is the data per device.

With the arrival of 4G, we already saw the changes with new and disruptive players like Uber taking the centre stage and shattering well-established markets.

With 5G being touted as a much bigger game-changer, it wouldn’t be a surprise to see such newer revolutionary players with new business models and destabilising traditional businesses. We can also expect the tech giants (Google, Apple, Facebook, Amazon) to venture into more business sectors and astound everyone with their superlative products.

5G is expected to be a catalyst for the ecommerce retail sector, which will very likely see numerous game-changing transformations in the coming years.

User interface/experience is the space that will see some of the most visible changes where the customer is expected to get a much more immersive experience of the product or service, possible because of a superior bandwidth offered by 5G.

Another space that can get a boost by 5G is the inventory accuracy across multiple distribution centres and stores. Recommender systems and forecasting models are also anticipated to be much more robust, more reliable, and personalised due to the much larger amounts of data collected across the board.

Expect the physical store experience also to be dramatically transformed as insights gathered will help retailers understand the demand, trends, and preferences based on even categories previously unheard of.

Most of these changes are already happening in most major retailers. But with 5G, retailers can be more surefooted of such radical changes with the insights from more accurate AI and machine learning (ML) models.

5G in manufacturing and supply chain

In manufacturing, expensive workflow shutdowns due to unexpected failure of equipment could soon be a thing of the past. Some factories are already revolutionising their shop floor with sensors that can quickly send massive amounts of data on machinery and other equipment and detect possible failures well in advance and take appropriate actions.

Warehouses could soon be taken over by an army of robots that are much more efficient, accurate, and faster than today’s, just because they can communicate much faster with tons more information and coordinate among themselves. Supply chain networks will operate with much better efficiency and coordination, thanks to an invasion of IoT sensors all across the supply chain pipeline.

Drones making last-mile delivery are already in pilot stages. There are also reports of Amazon envisaging giant flying automated warehouse motherships from where drones can make last-mile deliveries. Such innovations will get a shot in the arm with 5G and its ability to handle multiple devices with speed and responsiveness.

Impact of 5G on work

Work could also be transformed significantly by 5G. One of the focus could be on improvements in enabling people to work from wherever they want.

Many professions that have traditionally shied away from the work from home culture could very well embrace it, again transforming not just work, but our cities.

For many, living in a big city may not be a necessity anymore. Similarly, companies wouldn’t need to be focussed on location anymore. They could hire talent from anywhere in the world.

This could not just transform the prospects of the company, but also radically change our cities and lifestyles. But on the downside, the widespread automation driven by 5G could wipe out quite a few jobs. Unskilled jobs are the most at threat.

In the 5G world, finding suitable employment would be tough if you’re unskilled. Governments across the world would need to have a focus on the shift in job trends and have the intent, plan, and infrastructure for reskilling the workforce based on the ever-evolving needs of the industries.

Online training and courses are also expected to evolve and be more effective. Hence, the delivery of training could be radically different from what it is today.

The definition of “smart city” varies widely among different experts and a true consensus is rather hard to achieve.

But for the sake of context, let me define a smart city as one in which the multiple government or public departments, services, agencies, social service groups, local communities are interconnected and enabled by a multitude of sensors, cameras, and other devices. Here, information flows freely and quickly across all departments, and hence, prompt service and responses are achievable.

There is also a high level of automation, which helps the city clean, safe, and secure without needlessly risking any citizen’s life. Any trouble of any kind is predicted and handled before it happens. The threat to life and lifestyle is minimal and the standard of living is generally high. This again is where 5G is in its elements along with the advancements in IoT devices.

Surveillance enabled by 5G would be unlike anything that came before it. But along with the utopian side of 5G enabled surveillance, we should also consider the dystopian side of it.

This comprehensive surveillance means the state control over its population could also be near-absolute and the cost of such a surveillance state is our freedom and rights. Examples of surveillance states are already showing up around the world with dangerous threats to lives, livelihoods, and individual liberties.

How smart cities can ensure its citizens stay healthy

When the number of devices connected to the internet explodes, so will the cybersecurity risks and detection will be profoundly challenging given the sheer number. As they say: the chain is only as strong as the weakest link.

With the proliferation of different kinds of internet-connected devices with different levels of security rules, hackers will have more opportunities to get into secure networks by accessing the weakest devices in the network. Think cheap smart thermostats or light sensors connected to the main network.

Another hurdle is the relatively fewer number of players in the 5G technology landscape.

With my limited exposure and imagination, I have explored only a minuscule part of what is achievable by 5G. There are much bigger possibilities waiting to be discovered. But at the same time, there is plenty of hysteria around 5G and what it can achieve.

Some dream of extreme radical changes and others do not think much of it. The reality could be somewhere in between. Given that 5G is still in its experimental stage and large-scale deployment is yet to happen, many existing companies are cautiously watching its developments before making large investments.

But we’ve already seen how 4G and high-speed broadband has transformed our lives for better. Hence, here’s hoping to be blown away by some cool, revolutionary innovations soon.