India’s edtech market will touch $3.5B by 2022: RedSeer and Omidyar Network India report 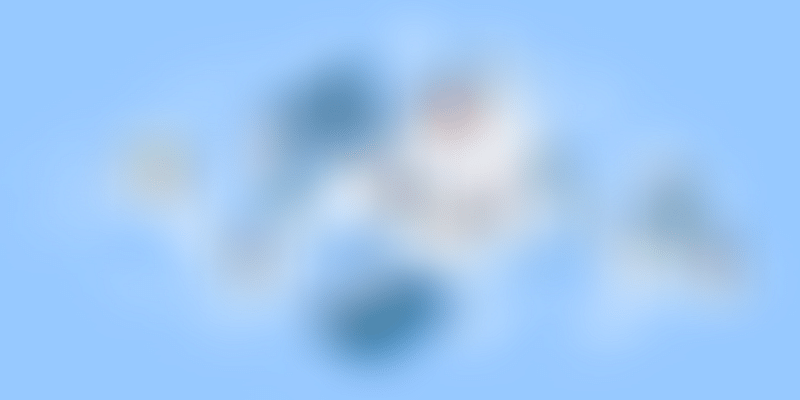 A report by RedSeer and Omidyar Network India says the coronavirus pandemic has proved to be one of the biggest game-changers for India’s edtech sector. Online education offerings for Classes 1 to 12 are projected to increase 6.3 times by 2022, creating a $1.7 billion market.

The coronavirus pandemic has been a watershed moment for India’s edtech sector. The lockdown and fear of COVID-19 spread has taken schools, colleges, and educational institutes online.

A report by ﻿RedSeer Consulting﻿ and ﻿Omidyar Network﻿ India has mapped the growth in usage from 2019 to 2020. It revealed that edtech users - both paid and free unique users - in K12 and post K-12 segment have seen an increase, with the user base doubling from 45 million to 90 million.

According to the report, online education offerings across Classes 1 to 12 are projected to increase 6.3 times by 2022, to create a $ 1.7 billion market. The post-K12 market is set to grow 3.7 times to touch $1.8 billion. This will create meaningful opportunities for incumbent players and space for multiple new startups.

Namita Dalmia, Director, Investments Omidyar Network India, said, “The lockdown has provided massive tailwinds to the growing edtech space. Edtech offerings have helped millions of students across the country to continue their learning from home. These solutions are better, more convenient, and affordable alternatives for students and parents.”

She added that the lockdown had also spurred growth in the B2B space where, unlike earlier, schools, colleges, and tuition centres were aggressively adopting tech-based solutions.

Need for upskilling is starkly visible

The report pointed out that issues of quality and relevance affected primary, secondary, and higher education. With several professional lives impacted, edtech players can play a vital role in ensuring job security by making higher and technical education more accessible (for people who could not pursue it in their formative years), and facilitating upskilling of working professionals.

The report said that according to Global Competitiveness Report (GCR), one of the most well-respected databanks on economic prosperity, published by the World Economic Forum (WEF), in 2019 India ranked 68th among 141 countries, down 10 places from 2018.

The internet—and, by extension, online education—can catalyse improvements in the kind and quality of skills imparted. Edtech for adults—whether in the form of vocational skills, tertiary or higher education, or skilling for managerial growth—can make India’s workforce more competitive.

“In the past few months, edtech has seen massive uptick in user adoption. Furthermore, inertia with respect to edtech is slowly fading away among both institutes and parents. Education is a complex space with differentiation possible on multiple levels – we are likely to see multiple winners emerge,” a RedSeer spokesperson said.

So, what are the key changes we will see in edtech in a post- COVID-19 world?

The presence of multiple winners

India’s current edtech addressable population of 150 million students cuts across city tiers, income groups, language proficiencies, and curricula. The multitude of sub-segments and their varying preferences will make it less probable for edtech companies to cater to large swathes of the population.

The levers will be across pricing, offering, coverage, delivery, offline support elements, and teacher training services.

Innovation around pricing and sales

The rise of partnerships

Partnership building will be key for edtech players to win varied customers. Institutional and cross-sector partnerships will enable wider reach as edtech players attempt to expand their user base. There needs to be a push towards expansion to cater to lower tier cities and lower income groups, representing close to 70 percent of the addressable student population. Only 10 percent of the current student population comprises active edtech users (free and paid).

The partnerships include Indian language platforms for increased reach. These have approximately over 300 million monthly active users and close to 70 percent users in Tier II cities. Device partnerships are also needed as access to device is a key bottleneck for edtech adoption among lower income groups. Partnerships with institutes will increase reach.

Edtech adoption and promotion by schools

The inertia among parents and schools will likely fade and lead to new opportunities. Of the total population size, close to 65 percent of students go to government schools and close to 85 percent of the remaining set go to affordable private schools – representing close to 15 percent students attending institutes having limited tech-readiness.

While COVID-19 has pushed the education industry to focus on online, it has also exposed the lack of tech-readiness among schools. Less than five percent of students attended institutes with required tech infrastructure to deliver remote tutoring.

This is an opportunity for many startups.

What can startups do?

“The massive adoption of edtech has also showcased infrastructure constraints due to poor connectivity and low-end devices. It has also demonstrated the need for affordable offerings to drive wider adoption. Entrepreneurs should look to build solutions that address these challenges, keeping in mind the end goal of improved learning outcomes. This will help serve students across income segments,” Namita said.

The report added that startups will have their task cut out for them.

“Startups must focus on better onboarding, student engagement, and delivering on outcomes through their products. This will ensure that the uptick is retained (or churn is minimal) after restrictions are lifted. Along with investment in content production (particularly for users from younger grades and vernacular segments), edtech players will also need to innovate on sales and pricing to cater to a wider student base,” the RedSeer spokesperson said.

The focus in a post-COVID-19 world will be on limiting customer churn. The report added that 40 percent of customers expect they will stop using edtech after restrictions are lifted, which will lead to a fall in time spent and engagement on edtech platforms.

Startups will also need to work on improving customer onboarding and experience. “The lack of formal onboarding and expectation mismatch has led to a drop in NPS Levels across customer cohorts during COVID-19 (compared to earlier),” the report said.

To combat this, startups will need to focus on sales innovation, pricing innovation, an expansion in user base, and Indian language content.