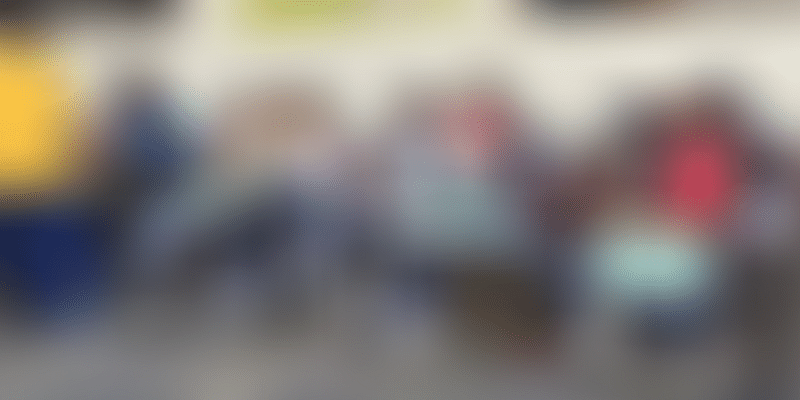 Prime Minister Narendra Modi says India's new education policy was ‘long due’ and will pave the way for transformational reforms in school and higher education systems to make India a global knowledge superpower.

Teaching up to Class 5 in mother tongue or regional language, lowering the stakes of board exams, a single regulator for higher education institutions except for law and medical colleges, and common entrance tests for universities are part of the sweeping reforms in the new National Education Policy (NEP) unveiled on Wednesday.

Replacing the 10+2 structure of school curricula with a 5+3+3+4 curricular structure corresponding to age groups 3-8, 8-11, 11-14, and 14-18 years respectively, scrapping M Phil programmes, and implementing common norms for private and public higher education institutes are among other salient features of the new policy.

The NEP approved by the Union Cabinet, at a meeting presided by Prime Minister Narendra Modi, replaces the 34-year-old National Policy on Education framed in 1986, and is aimed at paving the way for transformational reforms in school and higher education systems to make India a global knowledge superpower.

The Ministry of Education was renamed as the HRD ministry in 1985 during the tenure of former Prime Minister Rajiv Gandhi. The next year the National Education Policy (NEP) was introduced. PV Narasimha Rao, also a former premier, was the first HRD minister in the Rajiv Gandhi Cabinet.

The new policy also envisaged that the Centre and the States would work together to increase the public investment in education sector to reach 6 percent of the GDP at the earliest and universalisation of education from pre-school to secondary level, with 100 percent Gross Enrolment Ratio (GER) in school education by 2030.

The GER in higher education is also planned to be raised to 50 per cent by 2035 by when 3.5 crore seats are to be added in this sector. Fee fixation under a broad regulatory framework is also part of the key reforms.

PM Modi said the NEP was “long due” and a much-awaited reform in the education sector, which would transform millions of lives in the times to come.

He also said in the era of knowledge where learning, research and innovation are important, the new policy would transform India into a vibrant knowledge hub.

In a series of tweets, Modi said the NEP was based on the pillars of "access, equity, quality, affordability and accountability".

“I wholeheartedly welcome the approval of the National Education Policy 2020. This was a long due and much-awaited reform in the education sector, which will transform millions of lives in the times to come ... May education brighten our nation and lead it to prosperity,” he said.

Union Home Minister Amit Shah said it was truly a remarkable day in the history of the Indian education system.

"Education is the foundation of any nation and for the last 34 years, India was in dire need of such a futuristic policy," he tweeted.

HRD Minister Ramesh Pokhriyal 'Nishank' said the NEP would play an important role in creating a 'new India' and was in line with the prime minister's vision to make India a global knowledge superpower.

The new education policy was part of the BJP’s manifesto ahead of the 2014 general elections.

Elaborating on reforms in school education at a media briefing, HRD Secretary Anita Karwal said board exams would be low stake and the focus would be on testing concepts and knowledge application. The home language, mother tongue, or regional language would be the medium of instruction up to Class 5.

She added that the school curriculum will be reduced to core concepts and there will be integration of vocational education from Class 6 .

“Board exams will be redesigned to encourage holistic development and will also be made easier by testing core capacities and competencies. All students will be allowed to take board exams on up to two occasions during any given school year, one main examination and one for improvement, if desired. All students will take school examinations in Classes 3, 5, and 8, which will be conducted by the appropriate authority.

“This will bring the hitherto uncovered age group of 3-6 years under school curriculum, which has been recognized globally as the crucial stage for development of mental faculties of a child. The new system will have 12 years of schooling with three years of anganwadi and pre-schooling,” she said.

The NEP has laid emphasis on promoting multilingualism so that children know and learn about the rich and vast array of languages of their country.

Higher Education Secretary Amit Khare said affiliation of colleges would be phased out in 15 years and a stage-wise mechanism would be established for granting graded autonomy to colleges. Over a period of time, it is envisaged that every college would develop into either an autonomous degree-granting college, or a constituent college of a university, he told the press briefing.

“The policy envisages broad-based, multi-disciplinary, holistic undergraduate education with flexible curricula, creative combinations of subjects, integration of vocational education and multiple entry and exit points with appropriate certification. Undergraduate education can be of three or four years with multiple exit options and appropriate certification within this period," he said.

These will include a certificate after completing one year in a discipline or field, including vocational and professional areas, a diploma after two years of study, or a bachelor's degree after a three-year programme.

Union Minister Smriti Irani said the NEP would lead to a transformative restructuring of education in India that would encompass every stage of learning.

"#NEP2020 is outcome of the most exhaustive consultations carried out by GOI under PM @narendramodi Ji's leadership. Honoured to be part of the extensive exercise initiated in 2015 and thankful to @PrakashJavdekar Ji & @DrRPNishank Ji for supplementing the efforts of @HRDMinistry," she said in a tweet.

In May 2016, a Committee for Evolution of the New Education Policy, under the chairmanship of TSR Subramanian, former cabinet secretary, submitted its report. Based on this, the Ministry prepared a document called Some Inputs for the Draft National Education Policy, 2016.

Then, a panel led by former ISRO chief K Kasturirangan had submitted the draft of the new NEP to Union Human Resource Development Minister Ramesh Pokhriyal 'Nishank' when he took charge last year.

The draft was then put in the public domain to seek feedback from various stakeholders and the HRD Ministry received over two lakh suggestions.