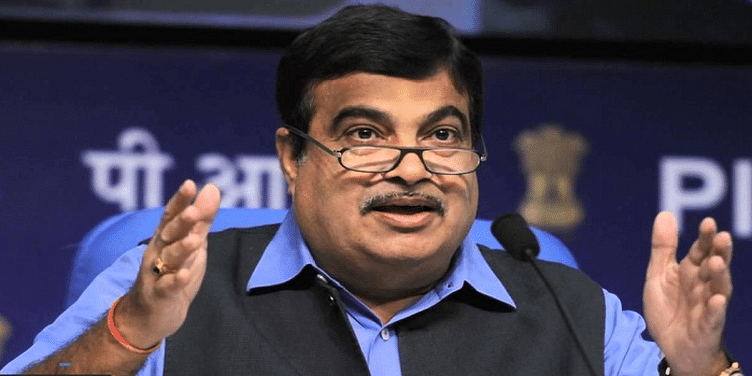 Gadkari said the MSME sector accounts for 30 percent of India's growth and about 48 percent of the country's exports.

Highlighting that the micro, small, and medium enterprises (MSME) sector is a major job creator and backbone of the Indian economy, Gadkari said the quality of their products is good but more expertise is needed in design and packaging.

"I would request you, if it is possible, to find out a solution for MSMEs. With your international exposure, if you can plan product designing and giving new vision, awareness, product development to all entrepreneurs, regarding what global companies want...it is a win-win situation. It will increase your turnover and help Indian economy," the minister said.

A global vision for Indian products is the need of the hour: Nitin Gadkari

He was speaking at the unveiling of Amazon's Exports Digest 2020.

"The rural, tribal and agri sections of the economy need to be developed on a priority basis...65 percent of our population belongs to these areas. There are 115 aspirational districts where per capita income is very negligible.

"Goods exported from Indian MSMEs via the programme can be classified into micro, small, and medium. My suggestion is to also make a separate category of handloom, handicrafts, and particularly agro-MSMEs," he said.

The minister also said the government is focussing on expanding agro-MSMEs, processing, handloom, bio-fuel and other industries.

Amit Agarwal, senior VP and country head, Amazon India, said, MSMEs are the backbone of the Indian economy and by digitising them, the company is contributing towards boosting exports and job creation that will empower inclusive economic growth of the country.

Ecommerce giant Amazon on Monday said Indian MSMEs and brands that are part of its Global Selling Programme (GSP) have crossed $2 billion in cumulative exports.