A global vision for Indian products is the need of the hour: Nitin Gadkari 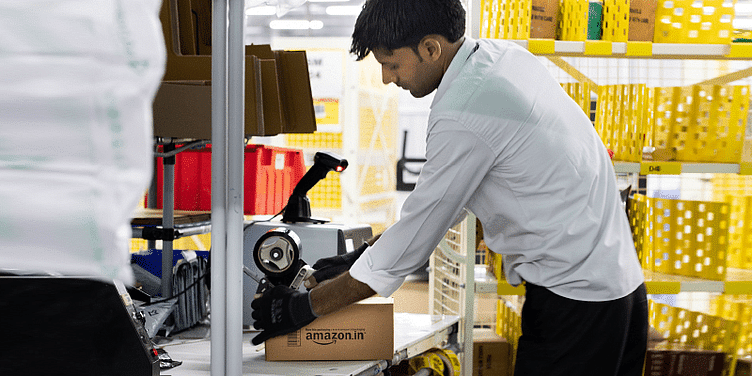 At Amazon India's third annual Exports Digest event, Gadkari said that exports need to be increased and imports need to be decreased in order to make India truly ‘aatmanirbhar.'

Boosting MSMEs by increasing exports and helping them compete in the global markets is one of its primary aims in the country, Amazon India's Senior Vice President and Country Head, Amit Agarwal, said on Monday, as the company launched the third edition of its annual Exports Digest, part of its Global Selling programme.

The programme is aimed at bringing Made in India products to the world market through the ecommerce platform.

“Our aim is to ensure that by boosting MSMEs, we can make the entire community a beneficiary. MSMEs are embracing technology to compete in the global market and exports will continue to play a critical role in the revival of Indian economy," Amit said at the event.

The Union Minister for MSMEs, Nitin Gadkari, who was also the chief guest at the event, said that Amazon's renewed focus on the MSME sector will help give small and medium businesses a chance to present their products to the world.

“Having a global vision for Indian products is the need of the hour," Gadkari said.

India has more than 60 million MSMEs which contribute around 30 percent to India’s growth. Gadkari noted that MSMEs have so far created 11 crore jobs. The outbreak of the coronavirus pandemic has impacted this sector, inexplicably, and battered the country's financial health, which is why the economic revival of these businesses is crucial to the country’s overall economic state, the cabinet minister said.

Gadkari added that India’s rural, tribal and village areas have huge hand to play in boosting the sector, but poverty holds them back.

He suggested that building industries in these places can help eliminate this predicament, but noted that technology and capital infusion have to play a bigger role for that to happen. He urged Amazon executives to come up with solutions that will help in fostering entrepreneurship and innovation in the handloom, agriculture and handicraft sectors.

Citing Madhubani paintings from Bihar and metal crafts from Chhattisgarh as examples of the excellent work the handicrafts industry produces, Gadkari said that there was a lot of talent hidden in Tier 2 and Tier 3 cities.

“Even Khadi is exporting denims to the US, and Levis is making jeans out of it,” he added.

“We need to focus on increasing the exports and reducing the imports. This is how we can make India aatmanirbhar,” Gadkari said, adding that Made in India products will always find takers in the international market because Indian economy gives “good returns."

Some of the areas the industry does need more refinement include good packaging, design, and timely deliveries, he said.

The union minister concluded that while India will definitely win the war against the novel coronavirus, winning the economic war is equally important.