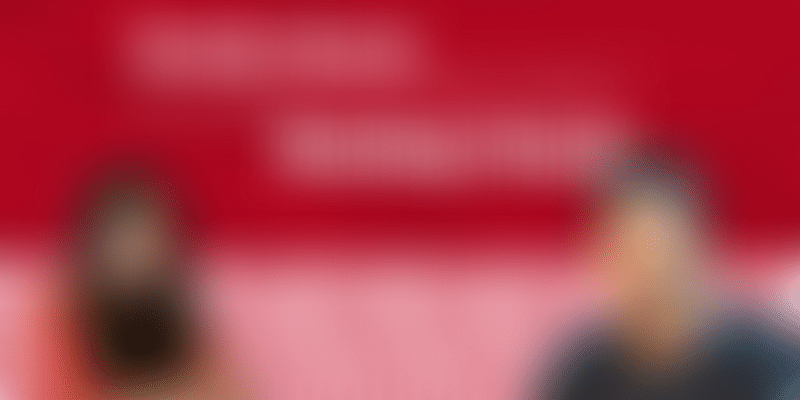 Ahead of World Conservation Day 2020, actor and UN Environment Ambassador Randeep Hooda talks about the importance of conservation, the need to play a starring role for sustainability, and staying true to yourself.

Off the screen, however, he’s keener on the role he plays as an environmental champion, as UN Environment’s Ambassador for Aquatic Migratory Species.

Randeep is widely known for his love of animals, particularly horses and dogs. His mare, Dream Girl, who is one of the nine injured horses he adopted and nursed back to health, went on to win him two golds and one silver in equestrian tournaments.

In a recent conversation with YourStory Founder and CEO Shradha Sharma, the actor and environment champion spoke about his roles on and off screen.

Watch the full conversation on the YourStory Inspirations series here:

On the urgent need to be a hero for the Earth

“Our planet is under massive strain. Should the global population push the figure of 9.6 billion by 2050, we will need three Earths to sustain current lifestyles for everyone,” Randeep said.

Today, more than one billion people still do not have access to freshwater. India, home to 18 percent of the world’s population, has only 4 percent of global water resources.

The generation of waste and pollutants also poses a challenge to the environment. Only 19.9 percent of India’s urban waste is processed.

Yet another red flag for the environment is plastic waste. Eight million tonnes of harmful plastic waste ends up in the oceans every year, and the war against plastic is yet another favourite cause championed by Randeep.

The actor mentioned the work of Afroz Shah, a young Indian lawyer from Mumbai who is synonymous with the world’s largest beach cleanup project: that of Mumbai’s Versova beach.

“For more than three years, Afroz has been leading volunteers in manually picking up rubbish from Versova beach and teaching sustainable waste practices to villagers and people living in slums along the coastline and the creeks leading into it. I’m proud to lend a helping hand whenever I can,” he said.

On being an ocean champion, yet afraid of the sea

Surprisingly, for someone associated with beach cleanups and mangrove forest conservation, Randeep admits he’s afraid of the ocean, attributing it to Stephen Spielberg’s thriller film, Jaws.

“I've been scared of the sea, and one of the things that I want to do as soon as the world opens up is go scuba diving and see what's under the water,” he added.

On why migration is important to conservation

Our fate as a species also depends on the state of our most important habitat: land. Our future is linked to the survival of land ecosystems. As many as 68 percent of evaluated plant species are threatened with extinction.

Overall, the IUCN estimates that half the globe’s 5491 known mammals are declining in population and a fifth are clearly at risk of disappearing forever with no less than 1,131 species of mammals across the globe classified as endangered, threatened, or vulnerable.

“Migration is a part and parcel of the life cycle of many species. It is not only important for them but also important for our planet. They make this world a healthy and more diverse place. Many of them are under threat and we need to work jointly across the globe to protect them. Aquatic species are often the least discussed but undertake amazing migrations. Biodiversity underwater needs to be conserved. As an ambassador, I hope to take the conversation about conservation from conferences to local cooperation,” Randeep said.

Out of this pandemic will come revolutionary solutions, says Ratan Tata

On how we can all be heroes of conservation

Randeep also spoke about how everyone could play a hero’s role for the Earth, explaining how even little changes could bring about big change.

“For example, avoid wasting water. Don't keep the tap running when you're brushing your teeth or when you're shaving. Don't buy bottled water; instead carry your own bottle Avoid using plastic bags; carry a cloth bag with you. Avoid buying smaller packaging, like sachets or shampoos or ketchup. With little things, we can make a huge difference towards our environment. This is our only planet, and I thank Sony BBC Earth for giving me a platform and the opportunity to talk about my work,” he said.

Advising people to “be the change” and do something about the problem instead about complaining about it, he said, “My aim is to inspire people. I aim for less talk and more work.”

“Get off your ass,” he urged people.

Randeep who recently posted about his adopted dog, Bambi, said, “I am not in favour of pedigree dogs and I'm not saying that I'll never have one, but what I'm saying is that instead of buying expensive inbred dogs not really suited for our local environment, you can adopt a puppy from the street. They'll get a home and you'll get love for as long as they are with you. There are kittens that you can adopt and they’re very easy to keep too,” Randeep advised.

On extending his passion to every aspect of his life

Despite being ranked seventh on a global online survey conducted by Internet Movie Database (IMDb), Randeep is keen on being known for his body of work, rather than just his body.

“I put in a lot of work. Doing things right takes a lot of time. I also don't like to repeat myself. Every character is a new world for me and probably the audience as well. Creating that authentic experience is my joy. And yes, I have been a bit choosy about my roles.” he says

“While that reduces the volume of work, it also keeps me hungry. Nevertheless, I too need to pay my rent so I don't get complacent.”

“I'm currently choosing projects with international themes that can appeal not just to Indian audiences, but the world as well. Those projects are not easy to come by, especially for someone like me who's not really a mingler. I do my own thing and feel very privileged when my work is appreciated,” he said.

On only ever wanting to play Randeep Hooda

Of all his roles, Randeep is keen on being, well, Randeep. And he stresses on the need of staying true to oneself.

“As far as the competition and all those concerned, I really have no interest in comparisons; I'm competing with myself. And while I feel I am getting better with my application, I still have a long way to go.” he said.

“At the end of the day, I just want to be better at what I do and that only comes by the choices I make from the heart. And those choices are not very many,” Randeep said. “Unless it touches your heart, it’s never going to touch anyone else.”