5 opportunities for the insurance sector in the rural market 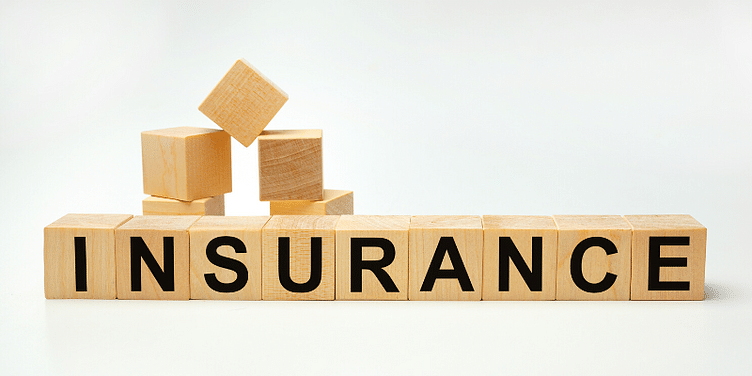 Catering to the finances and upholding the economy, India’s rural and semi-urban sectors have been making great progress each passing day.

India's semi-urban and rural economy has time and again been recognised to fuel the financial and economic growth in India.

It supports nearly 75 percent of the population and contributes a little less than half of its GDP. 40 percent of rural output is secured from agriculture, making it a significant part of our country’s economy.

The micro-entrepreneurship in these markets plays a vital role in providing employment and income for the poor and the unemployed in rural areas. And just like any other market, this too has its own set of challenges that should not be undermined in any aspects, especially from the aspect of business or insurance.

Catering to the finances and upholding the economy, the sector has been making great progress each passing day. Some of the valid reasons for not underrating it in terms of business and insurance are as follows:

Life insurance has historically been used as a tax-saving instrument or savings-cum-investment product. Pure protection products, which provide higher risk coverage at a lesser price, were not marketed as aggressively as other conventional products.

In the current context of COVID-19, where people have all-time high-risk perceptions, the savings' rate of interest is going southwards. It is a hot market for the right product which should be appropriately marketed in the right spirit when it makes its way to the customer.

The second-biggest challenge is the pricing of the product as compared to the affordability of the customer. The rise in disposable income coupled with the introduction of life insurance's monthly mode payment is bridging the gap on both sides. Thus, if marketed properly, there exists a vast market for life insurance, expanding its horizons of success.

The ascent in education along with growing awareness and measures taken by regulators to ease the business' obstacles (POS products) is also boosting the demand for lifestyle protection, and hence, higher sum insured.

India is among the countries that have the highest out of pocket healthcare expenditure. If the figures are to be looked upon, a report released by NHA in October 2019 for FY17 states the country spends around a whopping 63 percent for healthcare, making it a heavily funded sector.

Delving into the details, the industry is funded 63.2 percent as out of pocket by Indian consumers, and 26.2 percent by various central and state government schemes. Private players contribute only 4.7 percent to the sector. People have no option left except to rely on the lent money, sale of assets, or combination of both to meet the expenses.

The state health insurance programmes have been re-designed to cover a higher number of people with increased coverage, and that opens a lot of doors in terms of promoting health insurance and protecting diverse lifestyles of different people.

The products need to be designed with the customer-base and target-demographic in mind and not the competition. It needs to be priced, promoted, distributed, and serviced rightly to make it successful.

As per a study by Oxford Economics and Haver Analytics, private health care expenditure has been growing rapidly from a while. Soaring from $2.5 billion in 2010, it is now anticipated to touch $3.7 billion in 2021.

The Indian consumer base is such that they strive to get their value for money and tend to lose interest if they don’t find the benefits or advantages worth their investment and time.

Health insurance suffers that element and hence Personal Accident and Hospicash policies make a good supplement as it comes relatively at a lower and more affordable price and provides smooth cash flow protection, favouring the customer.

India is known to be an agrarian economy. Agriculture contributes 16 percent to the GDP and supports the livelihood of 44 percent of the population. Irrespective of this, the agrarian source of income is still not entirely covered. India is the third-largest in the global crop insurance market, with 41 percent penetration.

Rainfall, droughts, flooding, pests, and diseases pose a major challenge before Indian agriculture ecosystem. With the impact of climate change having a direct impact on agricultural productivity, the insurance sector has an essential role to play.

In the last 20 years, the crop insurance scheme has been ever-evolving. However, its effective implementation is yet to yield the results. As of today, almost all loanee farmers are mandatorily covered but non-loanee farmers are still out of radar. Delay in payment of claims and use of effective technology remains the bottleneck to gain the trust of farmers and hence 100 percent coverage.

Livestock/cattle and other general insurance products

With a bulging MSME presence in the semi-urban market, all other subjects of insurance (other than personal lines) also offer a huge market, including auto, workmen compensation, cattle and livestock, shops, education, fire/marine insurance, etc.

Even though there is no specific number available, it is still estimated that anywhere between 85-93 percent of the workforce is investing themselves in the informal sectors. This also gets cross-validated with the contribution of this sector in GDP, which is estimated to be at 50 percent.

Interestingly, the data in reference to claims reveals that light commercial vehicles bring fewer claims and losses, as compared to private cars in urban markets. This further means that it’s a highly profitable business for all the insurers. A lot has been done but a lot more needs to be done, starting from now and henceforward.

It makes a lot of sense to bundle the benefits of multiple products and sell as a combination of coverages to these customers, that too on the monthly mode of payments, which is quite a possibility if paid heed to.

Insurance companies have started launching new age products like "pay as you go" for cars and other products. And even though the public insurers do have such products; however, knowledge and distribution still remain a challenge.

The soaring MSME industry is waiting for appropriate solutions to help it out. All we now need is a higher adoption of technology in the business and customer-centric products to reflect credibility and gain more trust. Thus, the widespread acceptance of the risk mitigation tool called Insurance.