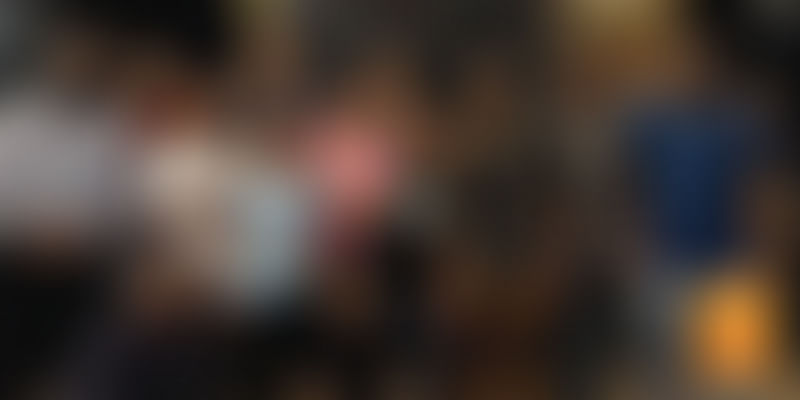 Founded in 2018, STEMpedia is an edtech startup that is focused on ensuring STEM (science, technology, engineering, and mathematics) education is accessible to every student.

Since students across the world have become completely dependent on digital methods to fulfil their daily learning needs amidst the coronavirus pandemic, the shift has opened many doors of opportunities for edtech startups. One of them riding the e-learning wave is Ahmedabad-based ﻿STEMpedia﻿.

To leverage digital-only education during this pandemic, STEMpedia launched a new offering called PictoBlox AI in June, which lets kids develop their own AI apps in an interactive and playful manner. Under this programme, kids can code programmes and learn by making fascinating projects and applications, like face recognition-based attendance systems, gesture-controlled robots and games, AI-based logo quiz, and much more, through a project-based learning model.

India’s edtech market will touch $3.5B by 2022: RedSeer and Omidyar Network India report

“PictoBlox AI is basically an online course which has been developed to help kids make the most of the new normal by learning critical 21st-century skills from the safety of their homes and become future-ready,” Abhishek Sharma, Co-founder of STEMpedia, tells YourStory. PictoBlox AI also has live tutor-led online courses.

Abhishek tells that one of its online AI courses is being promoted by INDIAai, an initiative launched by the Ministry of Electronics and Information Technology (MeitY) of Government of India to promote AI awareness.

He adds that Artificial Intelligence (AI) is one of the key drivers of the future with technologies such as face detection systems, self-driving cars, and virtual assistants becoming parts of our daily lives.

“As a result, understanding it has become important for 21st-century kids. In light of the same, we have developed an ingenious AI-enabled graphical programming platform, PictoBlox AI, which helps kids learn core artificial intelligence and machine learning concepts in an engaging manner through project-based learning,” explains Abhishek.

Started in 2018 by IIT Kanpur alumni – Abhishek, Dhrupal R Shah, and Pankaj Kumar Verma, STEMpedia is an edtech startup that is focused on ensuring that STEM (science, technology, engineering, and mathematics) education is accessible to every student through greater awareness, and products that enable more hands-on learning. Its other education products include hands-on project-making kits, programming apps, a variety of learning options, and STEM training programmes.

Abhishek, Dhrupal, and Pankaj studied together and spent considerable time working on a variety of projects. While working on tech projects, the trio realised that the e-learning technology is not that accessible, and towards the end of 2015, they decided to fulfil technology gaps and began working on their first product, ‘evive’.

In mid-2016, evive was launched for a global audience on a popular crowdfunding platform Indiegogo. Abhishek tells that evive was the first successful international crowdfunding campaign by Indian university students. He adds that the project marked a huge success without any marketing budget and garnered pre-orders from over 30 countries within two months.

Soon after finishing the graduation, the founders shifted to Ahmedabad, where they were incubated at CIIE by IIM Ahmedabad. “Despite evive being a success, market research and consumer feedback redirected us to two major decisions – first, we shouldn’t be a hardware-only company and develop a complete learning ecosystem to be a disguisable player. Second, school-going children are a much bigger market and we should shift our focus to that segment,” recalls Abhishek.

From thereon, the team started developing a wholesome experiential learning ecosystem where children can find kits, software, applications, learning content, classes, and many other things to learn about emerging technologies like AI, robotics, IoT, coding, electronics, and much more.

“The offering includes DIY project-making kits, a graphical programming software, project-interaction application, a variety of learning options, and training programmes that blend theory with experiential learning and help inculcate innovativeness, creativity, and problem-solving skills. And that is how, in mid-2018, STEMpedia came into being,” tells Abhishek.

Abhishek tells that STEMpedia has come a long way since its launch, serving a variety of customers like schools, educators, and parents with its products and services, benefiting over a 100,000 students across more than 40 countries. “Our topline has grown 10 times in the past two years, and we have also become a dominant player with schools and government initiatives like Atal Tinkering Labs, and Aspirational Districts in India, and with educators and businesses across the globe,” he adds.

STEMpedia has served over 100,000 students across the globe, more than 50 STEM education businesses overseas, 150 Atal Tinkering Labs in India, about 250 schools in India as well as in the US, South America, Europe, Africa, etc.

“STEMpedia’s educational kits, learning resources, teacher, and student training programmes have been designed to have a global flavour and owing to the quality and superior technological aspects of its offerings,” claims Abhishek.

Earlier this year, STEMpedia was also one of the seven startups representing the country at the India Tech Park in the Consumer Electronics Show (CES) 2020 at Las Vegas.

While many sectors have had a major impact and are bleeding funds due to COVID-19, edtech, on the other hand, is thriving. A recent report by RedSeer and Omidyar Network India revealed that edtech users – both paid and free unique users – in K12 and post K-12 segment have seen an increase from 2019 to 2020, with the user base doubling from 45 million to 90 million. There also has been a 50 percent increase in the time spent, which has gone up from 60 minutes to 90 minutes. According to the report, online education offerings across Classes I to XII are projected to grow 6.3 times by 2022, to create a $1.7 billion market. The post-K12 market is set to grow 3.7 times to touch $1.8 billion.

Namita Dalmia, Director, Investments, Omidyar Network India, said, “The lockdown has provided massive tailwinds to the growing edtech space. Edtech offerings have helped millions of students across the country to continue their learning from home. These solutions are better, more convenient, and affordable alternatives for students and parents.” She added that the lockdown had also spurred growth in the B2B space where, unlike earlier, schools, colleges, and tuition centres were aggressively adopting tech-based solutions.

While India has edtech unicorns like BYJU’s, STEMpedia particularly competes with the likes of WitBlox, Avishkaar, SP Robotic Works, and Tinkerly in India, and Spherom Wonder Workshop, Makeblock, and LEGO Mindstorms globally.

STEMpedia has focused on having positive unit economics from day one, tells Abhishek. Until 2017, it relied on pre-orders as a source of capital, and in 2018, it raised a strategic seed round from its manufacturing partner, PCB Power Market, to expand its R&D and content creation teams.

“Since then, STEMpedia’s revenues have been sufficient to sustain its operations,” tells Abhishek.

In between, the startup consistently received strategic support from organisations like Startup Nexus of the American Embassy in India, CIIE of IIM-Ahmedabad, Industries Commissionerate of the Government of Gujarat, techXchange of the Indian High Commission in the UK, PCB Power Market, and the Motwani Jadeja Foundation among others.

In terms of scale, STEMpedia has so far expanded vertically within emerging STEM fields like AI, robotics, IoT, electronics, physical computing, and coding for children. The company is now looking forward to a pre-Series A funding round this financial year to expand its team and launch new products such as reconfigurable AI kit, among others.

“In the coming years, STEMpedia will be focusing on horizontal expansion across different geographies and revenue streams, and by 2024, we plan to reach $20 million in topline, while impacting a million students across the globe,” tells Abhishek.