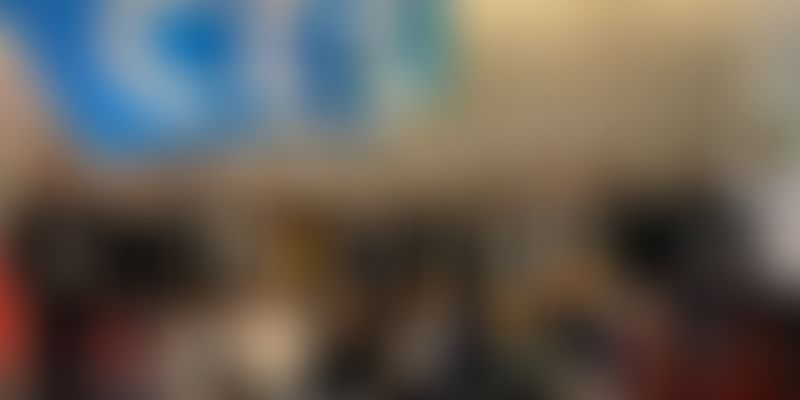 In a first in the five-decade-long history of CES, India has a pavilion of its own at the world’s largest and most influential consumer technology trade show – all thanks to the initiative of Motwani Jadeja Foundation Founder Asha Jadeja Motwani, an investor and keen supporter of the Indian startup ecosystem for more than a decade now.

At Consumer Technology Association’s CES 2020, six Indian startups are offering a glimpse into the range of impactful innovations emerging out of the country at the first-ever India Tech Park at the global consumer technology show. They are Altifarm, STEMpedia, Hyper Lychee, Calamus, Strom Motors, and Wagr.

“Through this first-ever India Tech Park, we hope to showcase innovations by India’s growing consumer electronics startups and offer them the right exposure to the global startup ecosystem,” said Asha Jadeja Motwani, the Silicon Valley-based venture capitalist who has made investments in over 100 startups, including Kaltix, now Google.

Asha believes the Indian startup ecosystem will benefit greatly from international exposure at global technology platforms like CES and called on the Indian government to do its part to ensure Indian startups receive greater exposure outside the country so they may compete and operate at a global level.

“Through the India Tech Park, the Motwani Jadeja Foundation hopes to ignite that spark so that there’s more concrete efforts by the government and policymakers to bring Indian startups to the international arena,” Asha told YourStory.

Initiatives like the India Tech Park at CES can only scale if Indian taxpayer money and technology spending is set aside for such global activities, she further added.

The India Tech Park is a rare non-government initiative at CES, quite unlike that for a majority of the other countries like Taiwan, Israel, South Korea, France, and the UK, among others – all of whom have such pavilions that are organised and hosted by their governments, she noted.

Still, initiatives such as these by the Motwani Jadeja Foundation are done in the hope that India as a whole can benefit from the actions of all of us, Asha said.

Speaking about the impact of such opportunities, Hyper Lychee Co-founder and CEO Hannan Hakim told YourStory,

“We went for a pitch event this morning, and we were invited by two people from Silicon Valley to come up for meetings. So, these opportunities (like the India tech park at CES) are fantastic, and I can’t thank Asha Jadeja Motwani for bringing us here to CES and for believing that we can turn into billion-dollar companies in the future.”

“As a consumer products company, CES has been a dream of ours, and that dream has been fulfilled by the Motwani Jadeja Foundation making it possible for us to have a stall at CES. Also, the US market is the largest pet market in the world, and we see a lot of opportunities to meet potential investors and potential partners and media at CES in the US,” Wagr Co-founder Advaith Mohan said.

Here’s more about the six Indian startups who’re showcasing their innovations at the India Tech Park at CES 2020:

Wagr: A Bengaluru-based startup that makes India’s first IoT-enabled smart location and fitness tracker for your pet dogs. The startup seeks to address the two main concerns that pet owners have: 1) what if your dog goes missing, and 2) whether you’re giving your pet the best kind of care possible, Wagr Co-founder Advaith Mohan said.

The startup already has over 500 happy dog owners as its clients and is eyeing another 10,000 in India, before it looks towards foraying into developed markets like the US, Advaith added.

Strom Motors: The Mumbai-based EV startup, which has built an all-electric personal mobility solution, is showcasing its three-wheeled electric car model, the Strom-R3, at the Indian pavilion at CES. The startup announced that it will start pre-bookings for the Strom R3 from February 20, 2020.

“Customers can pay a small token amount (refundable) to book one. The final car price, as well as the token amount will be announced around the same time. Deliveries should be expected within 12 months from the date of booking,” Pratik Gupta, Co-founder, Strom Motors, announced at CES 2020.

STEMpedia: The edtech startup is focused on ensuring STEM education is accessible to every student through greater awareness creation and products that enable more hands-on learning. Its education products include hands-on project-making kits, programming app, a variety of learning options, and STEM training programmes.

The startup is seeing growing traction from retail customers in the developed markets like Canada and is due to start its pilot programmes in Canada very soon, STEMpedia Co-founder Dhrupal Shah told YourStory.

Hyper Lychee: The home appliances startup solves everyday problems at home through products that focus on human-centred design and simplicity. Its first product, Skadu, is a hand-held-powered electric scrubber that helps people scrub various kinds of surfaces with ease and comfort.

The bootstrapped startup is primarily focused on developed markets like North America, Australia, Germany, France, and the UK, where domestic help is expensive. The startup has more products under production, including a robotic steamer and carpet steriliser, and a cool-pressed juicer that doubles up as food-processing blender, Hyper Lychee Co-founder Hannan Hakim told YourStory.

Altifarm: The urban farming startup seeks to make it easy for people to grow fresh produce at home, particularly in geographies like North America where the cold weather makes it hard to grow fresh farm produce. The startup’s first two products, Altifarm and HerbStation, were crowdfunded.

Its latest product, SpaceBox, which looks like a mini refrigerator, is an artificial intelligence/machine learning (AI/ML)-powered autonomous grow box that takes care of all variables related to growing plants such as temperature, light, and humidity in a programmed manner, Altifarm Co-founder Arun Raj told YourStory.

Calamus: The e-bike startup is the maker of a new class of e-bikes -- the UltraBike. Touted as the world’s most advanced e-bike, the Calamus One Ultrabike combines connected tech and safety and security features in a beautifully custom-casted unibody with 100 percent internal cabling.

The startup already has a fan following globally with its online release of the next-generation e-bike receiving pre-orders worth over $350,000 in less than four months.

(YourStory is at Las Vegas, Nevada, to cover CES 2020 at the invitation of the Consumer Technology Association)

CES 2020: From Apple and Ivanka Trump to 5G, AI, robotics – here's what’s in store at the annual tech bonanza