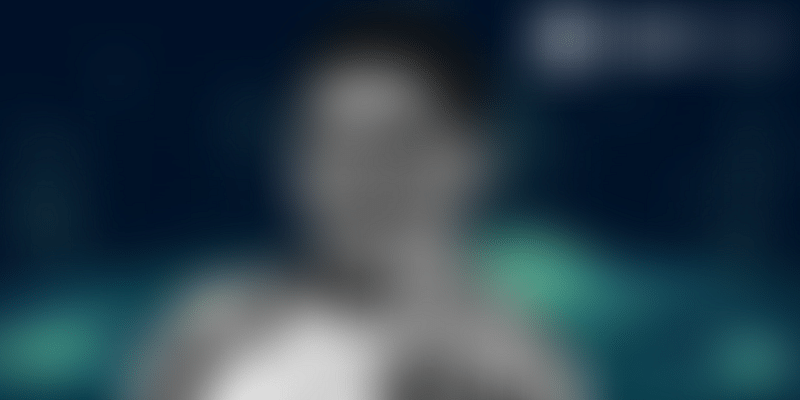 In this week’s Techie Tuesday, we feature Kaushik Mukherjee, Head of Software Engineering at B2B ecommerce unicorn Udaan. He speaks about his multifaceted tech journey, why he focuses on India-specific problems, and on building products in the B2B and B2C spaces.

Kaushik Mukherjee wrote his first program – to identify odd numbers on a list - way back in the 90s in BASIC.

Since then, he has been fascinated by the power of a computer program to effect change, and strongly believes that “tech needs to be pervasive, and built in the right manner”.

Today, as the Head of Software Engineering at B2B ecommerce unicorn Udaan, Kaushik focuses on building the right tech artefacts, SDLC, hygiene, and systems for the startup disrupting offline distribution with its unique model.

Spanning over two decades, Kaushik tech journey has focused on one thing: solving for an India-centric problem.

Kaushik was born in Kolkata. His father, an engineer, instilled a love for sciences and mathematics in him. Due to the nature of his father’s job, Kaushik spent most of his childhood travelling across different parts of the country. The family moved back to Kolkata when Kaushik’s father passed away in 1992.

Kaushik was in Class 8 when computers piqued his interest.

“I would play games on the computer and was curious about how machines could interpret what we hope to change in the real world. So, in Class 11, when I had the choice of biology or computer science, I chose computers without a second thought,” Kaushik says.

By 1992, he had written his first code and would program as often as he could.

“We didn’t have a computer at home, so I would copy all the programs on huge floppy disks and be extra careful while taking them home,” he recollects. He was hooked and soon tried programming games and other things.

His mother had wanted him to join IIT, but Kaushik reveals he wasn’t “academically inclined” and bent towards an IIT. He ended up taking Karnataka’s CET entrance exam and joined PESIT, Bengaluru, in 1995.

Kaushik says, “I was inherently curious about all things computers; other subjects were a formality. I focused on networking, computer architecture, software development lifecycles…In those days we studied PASCAL, 80:85 microchips, and more. I learnt the first interrupts - these can figure an event that can get a fan to start. These were the kind of things that inherently excited me and left a lasting impression. With different inferences, something in the physical world can have an impact.”

This thinking helped him look at different problem statements and explore the kind of instructions a machine could execute.

Kaushik joined a public sector electronics company WEBEL, in Kolkata, for his internship in 1999. The firm was into electronics, and would get tenders for computerisation for publishing of real-time election data on the internet and at TV stations. The idea was to build information kiosks at different places, which could relay varied information to users.

His colleagues at WEBL had more experience, but Kaushik was seen as the newbie with more exposure to computers and was given charge of the project.

“I was excited and overwhelmed. I got a lot of help from peers and seniors, and we built these kiosks in record time. I remember it vividly because it actually worked. Next, I built a website for the government sub-divisional office at Salt Lake City. I was hooked and got the drive to centre on India-focused problems. I was attracted to things that were local,” Kaushik says.

After his internship, Kaushik came back to Bengaluru in 2000. A college friend recommended him to Bengaluru-based Trigyn Technologies, a company that built and sold different products. The company was then building e-coffee connect, an online commodity integrator that connected people who make coffee to manufacturers like Nestle, taking the middle man out of the picture.

The product was initially India-centric, but soon moved to Vietnam and Brazil. “I started realising that a platform that can enable such transactions can be powerful,” Kaushik says.

He was happy at Trigyn, but the 9/11 tragedy soon hit and companies started downsizing by 2002 and 2003. Kaushik chose to move to Wipro, but in hindsight says it was a decision made in panic as the work didn’t interest him.

“You are given a piece-meal problem and you need to solve it without the ‘why’… that wasn’t exciting. And after 10 months, I joined Symphony Services, a product development company similar to Trigyn,” Kaushik says.

Here he worked to develop Targetter, a loyalty analytics and customer data platform that helped in segmentations and basket distributions for retail consumers. The concept was based on scoring points and became the core construct for loyalty analytics.

“In 2004, big data, analytics, and tech stacks weren’t as mature as they are today. We had huge binary files and would take hours to run queries and get insights. We would call them jet queries, but they were far from that. We worked with several retailers like 7/11, and catered strongly to the US retail market,” Kaushik says.

From Winamp to Flipkart

After three-and-a-half years, Kaushik felt the need to change. In 2008, he decided to accept the opportunity offered by Winamp, a media player for Windows, macOS, and Android. Developed by Justin Frankel and Dmitry Boldyrev, Winamp was acquired by AOL for $80 million in 1999.

Kaushik was responsible for Shoutcast, the radio streaming platform.

“I learnt a lot of B2C constructs. Great managers there showed me that information broadcasting can be successful if you democratise it. We went from 18,000 to 50,000 internet radio stations in three years. However, unfortunately, AOL started downsizing and I needed to move again.”

In 2011, he joined Yahoo, but didn’t think it was his cup of tea. So, in 2012, when Amod Malviya, then the CTO at Flipkart called him, Kaushik didn’t think twice.

“I had heard of Flipkart on and off…it seemed interesting. When Amod spoke to me, the people attracted me and, of course, the problem was so India-specific. I joined without a second thought,” he says.

The techie says the learning and exposure he got at Flipkart was something he will “never forget”. He was a part of the ‘Search’ team that was focusing on query intent and semantics (which didn’t exist then). While working at Flipkart, he ended up building the promotions and grew the recommendations team to six members.

“We made the systems and machines start taking intelligent calls, and understand the intent of the customer even in case of ambiguous terms. It was another eureka moment - the power of digital systems and their ability to take intelligent calls struck me. I learnt that the system keeps learning if you put the right attributes and hooks.”

Kaushik was doing very well at Flipkart, and in 2015 got a call from ride hailing firm Ola, which was then starting to grow as well. He met the team and was asked to build booking systems, but remained unsure.

The next day, a meeting with Ola Co-founder Bhavish Aggarwal changed things.

“Bhavish spoke about a product around sharing. That got me interested. It was not just complexity, but solving for something that creates an impact from a carbon footprint standpoint. The focus was on optimising demand and reducing the number of trips,” Kaushik says.

The first booking taken by an Ola employee wasn't a test run; it was an actual booking. Soon, bookings exploded to 100,000, and edge cases of ‘U-turns’ that happen during a ride, more specifically turns in the opposite direction, needed to be solved for.

“We did an analysis to understand patterns, and launched Share Pass. It was a fantastic experience and a product built purely for India. In India, building a ‘sharing system’ was challenging due to the multiple challenges - screens are different, streets become one-way at certain times of the day, etc. There is so much that the product offers,” Kaushik says.

Back to Flipkart and on to Udaan

Ola Share was exciting, but Kaushik felt that he had left Flipkart search incomplete. And he decided to go back to Flipkart when he got a call. Also, at that time, he was being given charge of Ola Play, which he felt was better suited to someone else.

“At Flipkart, I was pleasantly surprised about the good things search had done. What I did was put in a few roadmap items - query understanding and ranking. I also realised that a lot of implementations and many things would not be done by me but by others in my team.”

Since most of the work was done by a larger team, Kaushik thought of moving on. He says, “I always feel the best utilisation of my time is getting my hands dirty and doing things. So in 2020, I joined Udaan”.

Now, he focuses on building the right kind of systems and depth.

What does he look for when hiring techies? Kaushik has a one-word answer. “Ownership.”

“Does the person have empathy towards the problem statement? Are they sensitive to the impact that tech can create? Implementation is important, but you need to have sensitivity, and that is what I look for in engineers. As cliched as it sounds, it is important you love what you do. Don’t pick up a job for the sake of it…you should be passionate about whatever you choose to do,” Kaushik says.