The week that was: From Ratan Tata’s message to startups to India’s newest unicorn, Postman 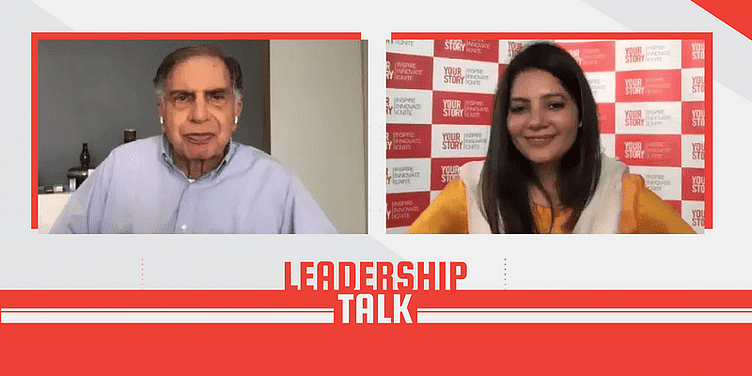 This week, we spoke to the doyen of Indian industry and a revered figure from corporate India, Ratan Tata, Chairman Emeritus, Tata Sons; and also featured the success stories of Postman and Druva.

The COVID-19 pandemic is one of the toughest challenges the human race has faced in recent history. It was not surprising, therefore, that Ratan Tata, the Chairman of Tata Trusts, began the YourStory Leadership Talk by addressing the impact of the pandemic, and the role of startups in finding solutions to end the crisis.

In a conversation with Shradha Sharma, Founder and CEO, YourStory, Ratan Tata said,

“Our world is in the midst of many unprecedented series of events. We've had a global economic slowdown, conflicts between major countries, and Brexit, to name a few. And on top of it all, we got hit with COVID-19. Even before we had the chance of overcoming one setback, we’re facing another.”

The scale and impact of the pandemic has resulted in the largest economic, social, and personal shock the world has experienced in decades. However, the challenges have also presented an opportunity to come up with new solutions to these problems. Both in India and across the world, it’s not just the startups, but also the startup mindset that is being adopted to deal with the pandemic.

Speaking about entrepreneurship, Postman Founder and CEO, Abhinav Asthana, who hails from Basti in eastern Uttar Pradesh (UP), saw a computer, for the first time as a Class 5 student. That first computer would go on to play an important role in the entrepreneur’s life.

It helped instil an early entrepreneurial spirit in Abhinav - he’d learn programming from his father and also went on to earn his first pay cheque as a teenager because of it.

“We got our first computer when I was in Class 5. It was the first Pentium I PC. My dad told me if I am going to game on it all the time, he is not going to allow that. So, I had to do something else and that became programming, and at the time, internet was just kind of taking off in India. There was a dial-up internet thing in the early 2000s, if you remember. So, I got connected to people across a bunch of forums and we started building websites.”

Similar to Abhinav, in this week’s Techie Tuesday, we featured Abhinav Lal, who learnt to code at the age of 9, and went on to build solutions to solve real-world problems.

As someone who has shied away from the limelight for the past 11 years, 32-year-old Abhinav Lal, Co-founder and CTO, Practo, has always believed in the importance of going deep in one expertise to solve real-world problems. From learning to code at the age of 9 to building healthtech platform Practo while in college, it was his constant hunger for making things better that shaped his career to becoming a successful entrepreneur.

According to Abhinav, his product and tech journey has been the best one so far. He says, right from his early days in college, he was curious about how do you take a new piece of tech that is still evolving and solve real world problems. And this probably sowed the seeds of entrepreneurship in him, which led him to start Practo along with Shashank ND after they realised that despite the growth of technology, it was playing no role in a problem that was affecting everybody.

Today, the startup claims to be the world’s leading healthcare platform that connects millions of patients with healthcare providers around the world, and helps people make better healthcare decisions.

Talking about success, Druva Founder and CEO, Jaspreet Singh, having built one of the first Indian-origin software unicorns, talks about the ingredients that go into building a successful startup.

Founded in 2008 in Pune by Jaspreet and Milind Borate, Druva has so far seen three pivots. Last June, it raised $130 million as part of its Series G funding to enter the elite unicorn club. Today, it is headquartered in Sunnyvale, California, where Jaspreet moved to in 2012.

“Ultimately, no matter what an entrepreneur may sell you, there is a good chunk of luck. No matter how great your wings are — if you had to jump off a mountain to fly, then the wind has to be there. You must time the winds,” says Jaspreet, in a conversation with YourStory Founder and CEO Shradha Sharma.

Druva started by providing solutions for data protection and management for laptops. Today, the SaaS startup offers end-to-end data protection to its customers by providing services like data recovery, data migration, ransomware protection, and cloud backup on demand. Its customers include marquee names such as NASA (National Aeronautics and Space Administration), DHL, Marriott, and Carlsberg.