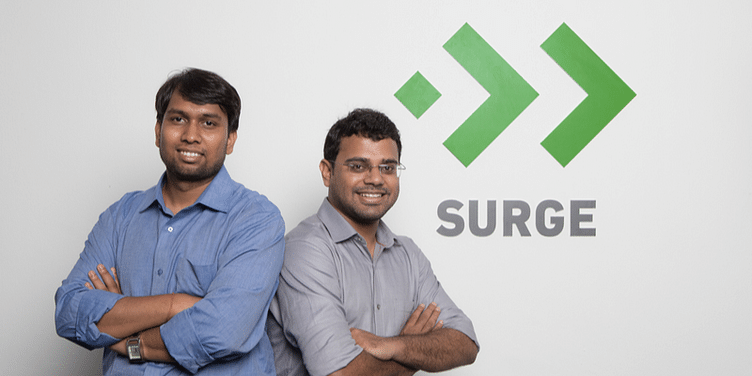 In 2018, when Saksham Keshri and Prakash Kumar were working with ﻿Unacademy﻿, they observed how content entrepreneurs were being created through different platforms.

While Youtube scaled in this segment, Uncademy was also doing something similar - it created online educators.

The duo decided to launch news vertical Mojo Times - a platform for independent journalists. They realised that for any content platform content generation should be easy.

The fact that the percentage of midcore/hardcore gamers has been surging for the last few years was taken into consideration and the idea of Rheo was born.

﻿Rheo TV﻿, an online e-sports streaming and community platform, was founded in 2019 with the aim of enabling gamers in India to live stream games from mobile phones and create live gaming streams in vernacular languages. Its goal is to bring gaming into the same league as that of cricket and Bollywood in India.

“India has nearly 200 million active gamers on smartphones. Ubiquitous internet infrastructure and affordable smartphones are leading to an increasing popularity of multi-player online gaming in India and Rheo is tapping into this trend,” says Saksham.

Rheo provides live streaming gaming videos and engagement with streamers. It also lets users get access to exclusive tournaments and e-sports events hosted and participated by top gamers in India and stream one’s favourite games from PC, Xbox One or any Android smartphone.

Both Saksham, 30, and Prakash, 27, come from a technical background. Saksham has built teams and products from scratch at multiple fast-growing startups including Unacademy and JioSaavn. Prakash previously worked as a product engineer for ﻿CueMath﻿and Unacademy, and has experience in building video platforms that have scaled to serve millions of users.

Aimed at pro-gamers, Rheo is planning to make professional game streaming a mainstream career option in India by building an entertainment ecosystem that drives engagement and monetisation.

E-sports have gained increasing popularity in recent years. Now there are thousands of young adults who make huge amount of money from playing games. A platform like Rheo will enable gamers to be e-sport professional players and subsequently help them earn money through the gaming community.

According to Saksham, Rheo’s USP lies in enabling the growing pool of mobile gamers to stream live from their smartphones and in their respective vernacular languages.

“The platform enables mobile gamers to stream seamlessly using their mobile phones. It aims to build an entertaining ecosystem for mobile gamers where fans can engage over gaming content, build communities, and chat with each other,” says Saksham.

Rheo, which is yet to monetise its products, currently has two products on its platform which are available for free use. One is the main Rheo app where one can watch the best gamers live and the other is Rheo Studio, which is a live streaming tool for first-time mobile gamers.

The platform claims to have over 100 games that are streamed online. These include PUBG, Free Fire, and Call of Duty.

Rheo says it has over one lakh streamers who generate more than three lakh hours of live content in five regional languages. An Android app, the platform allows users to earn Rheo coins through various activities they undertake such as watching live streams on the app to play with their favourite gamers and redeem it for items across different games.

Ever since the COVID-19-induced nationwide lockdown was imposed, people who were forced to stay indoors started playing more games online. This made gamers more curious about different gaming levels and thus gaming community-based streaming platforms in general benefitted in a big way.

Following the lockdown, Rheo claims it has witnessed a phenomenal jump in the number of new downloads of its Android mobile app in the last few months.

Further, with the recent ban on 59 Chinese-origin mobile apps imposed by the Government of India, the number of new users on Rheo has increased by up to 200 percent per day, and the total number of users on the platform have doubled (grown by 2x) during this period, it claims.

The founders say that the increase in number of streamers include female streamers, millennials, and couple streamers.

“Rheo has now become the go-to source of entertainment for new-age gaming enthusiasts in India. We have been accepted by the Indian gaming industry in a big way. We have already crossed three million downloads of our main Rheo app and one lakh downloads of Rheo Studio within 10 months of inception,” says Saksham.

Saksham says, “The Indian gaming market is at a very nascent stage compared to the markets in the US and China. Live streaming gaming platforms Twitch and Huya have more than three million and six million registered streamers, respectively. This growth is far more than in India but it won’t take much time to boom.”

For the near future, the Rheo team says it plans to stick to meeting the demand from first time mobile gamers.