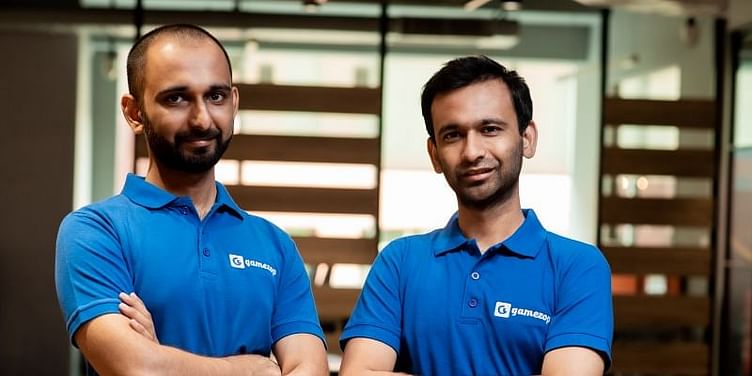 Gamezop licenses HTML5 games from developers and embeds them in popular apps including Myntra, Grofers, ShareChat, MX Player, Glance, and PhonePe, enabling users of these apps to play games casually or competitively for cash.

Started by brothers Yashash Agarwal (CEO), and Gaurav Agarwal in 2015, Gamezop licenses HTML5 games from developers and embeds them in popular apps – including Myntra, ﻿Grofers﻿, ﻿ShareChat﻿, MX Player, Glance (﻿InMobi﻿), and ﻿PhonePe﻿ – enabling users of these apps to play games casually or competitively for cash.

The company has more than 1,600 partner apps as of today. This way, Gamezop piggybacks on the distribution network of these partner apps and acquires users without any spending. The partner apps see an average 40 percent boost in engagement time through games, in addition to getting a 50 percent share in revenue made by Gamezop, Yashash tells YourStory.

Co-founder Gaurav said that the company's target is to be on 5,000 apps by 2021. "At current levels, our revenue numbers are expected to grow five to six times in the next 12 months. We are also exploring other formats of real money gaming as well as free-to-play gaming. With the present user base of 34 million monthly active users, we have the numbers to test any new gaming format and analysing results quickly," he added.

The company will use the investment to grow the mobile esports format and establish presence in select overseas markets through its piggybacking model.

“Growth of mobile esports is truly democratising the access to competitive gaming and the ability to win real rewards. We decided to take it one notch further by going HTML5 and eliminating the need to force app sideloads – saves us a lot of money and our users a lot of friction,” said Yashash.

Gamezop is run and owned by Advergame Technologies. Earlier, the gaming company raised seed fund of $350,000 in 2016 from undisclosed investors. The new investors are global esports-focused funds and hence the startup is also eyeing global markets for expansion in the future.

BITKRAFT is an e-sports fund started by Germany-based serial entrepreneur Jens Hilgers in 2017, and Velo Partners is also a global real money gaming fund and one of the early backers of platforms like Adda52 and Junglee Rummy.

Malte Barth, Founding General Partner, BITKRAFT said, “We have been looking to enter the Indian gaming market for a while and with Gamezop, the factors that excite us the most came together nicely – proven model ready to scale, extreme capital efficiency, solid product moat, and an unfair advantage in user acquisition. That Gamezop could scale to over 34 million users in a highly competitive space, while being profitable and with minimal external capital highlights the team’s capabilities to be a major internet company.”