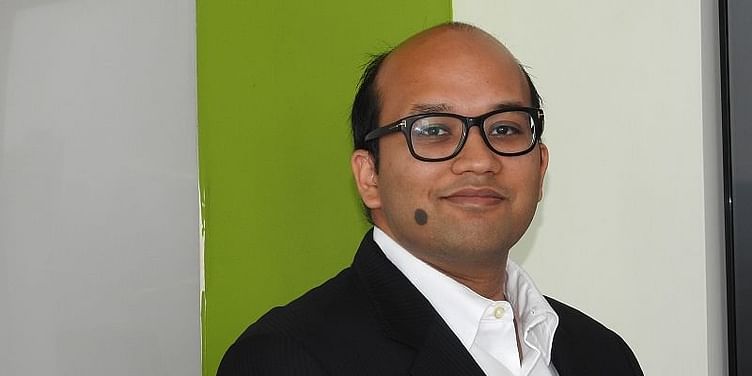 In this week’s 100x Entrepreneur Podcast, Ankur Bansal, Co-founder and Director of BlackSoil Capital, talks about the venture debt funding space and the benefits debt offers over equity.

Investor and CA Ankur Bansal started his career as an analyst at JM Morgan Stanley. After stints at Citibank and JP Morgan, Ankur founded venture debt platform BlackSoil in 2016, along with MP Bansal.

The sector-agnostic VC firm has backed category leaders, including ﻿Oyo﻿ Rooms, Chumbak, ﻿LetsTransport﻿, ﻿Vogo Automotive﻿, and ﻿Rentomojo﻿, among others. BlackSoil has developed expertise across multiple domains and has so far disbursed over Rs 460 crore across more than 45 deals in the last four years.

BlackSoil started off in a different avatar almost six to seven years ago. It was more into residential debt financing through its first fund in 2013.

“But in 2016, we realised that there was a lot of opportunity to do different kinds of lending, not just real estate. That’s when we started focusing on business segments like venture debt and structured finance,” Ankur says.

But how is BlackSoil different from other VC firms?

Unlike other venture debt funds, BlackSoil is a NBFC. Other VC firms raise money from multiple Limited Partners (LPs) and then return the capital at the end of the fund. BlackSoil does not have a challenge like that. It has permanent capital in the form of equity raised from family offices. “They are sort of like permanent LPs with us,” Ankur says.

“There is no pressure of exits. The benefit of debt is that the capital keeps coming back,” Ankur adds.

BlackSoil’s ticket size starts from Rs 1 crore and can go up to Rs 30 crore. There are exceptions like OYO Rooms in which BlackSoil has invested as much as Rs 40 crore. “That was one of a kind. But generally, the average ticket size would be between Rs 10- 15 crore,” Ankur says.

Typical venture debt players come alongside new equity rounds. “We feel that space is a little bit crowded and getting competitive,” Ankur says. “So, we wanted to differentiate ourselves by providing debt when the company really needs it,” he adds.

Initially, BlackSoil’s value proposition was to work with companies just about to hit the market for a new fundraise, or startups with seven to nine months of runway. This helps provide companies with the buffer they need when they are on the road, since fundraising is a long process.

“Use your equity money for burn...then you have two different pools of capital to help you grow to the next level,” Ankur says.

BlackSoil gets support from two large family offices -- Shashi Kiran Shetty and the Gala family. BlackSoil has a third investor with a smaller stake, Virendra Gala. He plays an active role on the real estate side of the business, and not in the financing side.

Shashi Kiran Shetty is a promoter of a listed company called Allcargo Logistics. “The company at one point of time had BlackStone as their investor,” Ankur says. The Gala family, on the other hand, is the promoter of Navneet Education.

These two families came together and started supporting BlackSoil in 2013, when it was a real estate debt fund. Once it changed itself into the NBFC structure, the family offices provided them with capital to help BlackSoil begin its operations.

BlackSoil’s interest rates range between 14 to 18 percent. Its loan tenure can be as short as four months or can last up to five years. “But if you look at average tenure, it will be between 24 and 36 months,” Ankur says.

Additionally, the money starts coming back in the form of interest from the very next day. In terms of principal, the average duration of principal moratorium is three to six months.

Ankur says, “We have given Rs 460 crore till date, we have already got more than Rs 250 crore back in terms of repayments on the principal.”

The family offices make a minimum of 20 percent IRR on their investments.

If you don't dream big, you are not going to get there, says Shruti Gandhi of Array Ventures

Ankur says venture debt is an evolving asset class and has been growing fast. “COVID-19 helped people realise that one should not just depend on equity money to grow,” he adds.

Once a company becomes profitable, it can survive on cash flows from the business and won’t need equity money. “That is how traditional companies have built their businesses over a period of time, by raising debt,” Ankur says.

Thus, debt allows companies to grow without having to dilute themselves.

However, with more players entering the business of venture debt, the possibility of the market growing is large. Despite the pandemic, Ankur is of the opinion that the VC market continues to grow. Companies cannot keep running on equity, and debt will take time to catch up on the equity side.

“Everybody has their own strategy and there are enough companies out there. So, venture debt players can underwrite, provide debt financing, and create a great portfolio around it,” Ankur says.