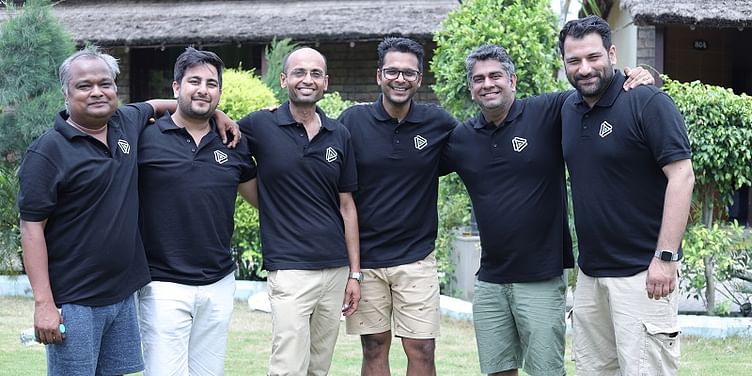 Shiprocket’s business was down by 95 percent during the lockdown. However, the Delhi-based startup was quick to adapt to the new normal and acquired sellers to fulfil deliveries of essential items and keep its business running.

India is home to more than 63 million Micro, Small and Medium Enterprises (MSMEs), says a report by Statista.

Back in 2012, Saahil Goel, Gautam Kapoor, and Vishesh Khurana founded ﻿Kartrocket﻿ to democratise commerce digitisation for these growing number of small businesses. It focussed on building multiple products for SMEs -- an ecommerce website, shipping solutions, and a Facebook and Google marketing platform, among others.

“While working on those products, we gained insight into the SME behaviour and the core problems they face when it comes to ecommerce,” Saahil tells YourStory.

Despite shipping being one of the available features in KartRocket’s ecommerce platform, it was only in late 2016 that the team launched logistics services separately. “We wanted to offer end-to-end shipping solutions and not confine ourselves to one particular service,” he adds.

While KartRocket continues to exist as ﻿Shiprocket﻿ 360, the shipping services were separately incorporated as Shiprocket in 2017. The Delhi-based startup aggregates logistics partners and provides shipping solutions to more than 40,000 active D2C (Direct to Consumer) sellers.

However, the COVID-19 pandemic presented serious challenges for Shiprocket. The company’s shipments were down by about 95 percent compared to pre-lockdown period. But with essential goods being allowed to be delivered, the startup was quick to adapt to the ‘new normal’.

As of now, all its key metrics -- shipments, revenues, and monthly active merchants have shot up by nearly three times. Shiprocket’s Gross Merchandise Value (GMV) has gone up from $200 million to $1 billion since last year, and the startup is now profitable.

And at a time when most businesses are on the verge of closing operations due to the pandemic, Shiprocket raised $13 million from Tribe Capital, Innoven Capital, and Bertelsmann India Investments in May this year.

The startup has more than 17 courier partners including the likes of Delhivery, FedEx, Ecom Express, Xpressbees, Shadowfax, and BlueDart, among others. It ships over three million shipments on an average every month, which is worth over $1 billion annually.

The logistics aggregator startup earns its revenue on every shipment that is moved through its network, as well as from the subscription licence fees. Additionally, it has revenue streams from its other value-added tech-enabled services that Shiprocket’s merchants avail from it -- packaging and fintech, among others.

When YourStory spoke to Shiprocket in May 2019, the startup had a team of 182 employees. Since then, Shiprocket expanded its team to 300 employees.

“In a fast-growing market like ours, growth constraints are almost always internal rather than external. We are always on the lookout for bright talents to join our team to help the brand achieve the next phase of growth,” Saahil says.

In June this year, Shiprocket elevated its Chief Business Officer Akshay Ghulati as the co-founder of the company.

Revolutionising the hyperlocal delivery market: How logistics is gearing up in the COVID-19 era

In the last one year, Shiprocket has put together a multitude of offerings, including a seller-focussed app for hyperlocal deliveries, fulfilment and warehousing, packaging, and checkout enhancement. The startup is focussed on the D2C segment of the market, which includes online-only brands, social commerce retailers, and O2O brands.

“Basically, anyone who is directly selling to consumers digitally is a target merchant for us. We estimate this market to be around 30 percent of the total Indian ecommerce market in terms of volume today, and its share is steadily growing,” Saahil explains.

Shiprocket acquires its clients through digital marketing and from its existing customer base from KartRocket. Some of Shiprocket’s clients include MamaEarth, Dr Vaidya's, Arata, and Bausch and Lomb.

During the COVID-19 lockdown, Shiprocket adapted its process and seller acquisition to focus on essentials as a category. In April, the startup launched its hyperlocal delivery services by partnering with Dunzo, Wefast, and Shadowfax.

Speaking on the partnerships, Saahil says, it was “To fulfil local demand faster with the help of an experienced fleet of delivery executives.”

Once the movement of non-essentials were allowed, the on-ground situation was, and continues to be volatile, “Mostly in terms of pin-codes, serviceability, and SLAs,” Saahil explains. Shiprocket internally built products with previously mapped data and workflows to ensure the impact due to fluidity was minimal for its merchants.

The logistics sector in India earned the infrastructure status in 2017, when its market size was estimated at $160 billion. According to IBEF, the Indian Logistics Market is projected to reach $215 billion by 2020, logging a 10.5 percent CAGR over 2017.

However, Saahil says Shiprocket has a differentiator to offer. “We are not merely a logistics aggregator. Right from the product packaging to the last-mile delivery of the products to the customer’s doorstep, we offer end-to-end services,” he says.

Going ahead, Shiprocket plans to launch warehouses in four Indian cities by the end of this month. It will also launch its customer care offering in November. “We plan to launch in an international market in early 2021,” he adds.