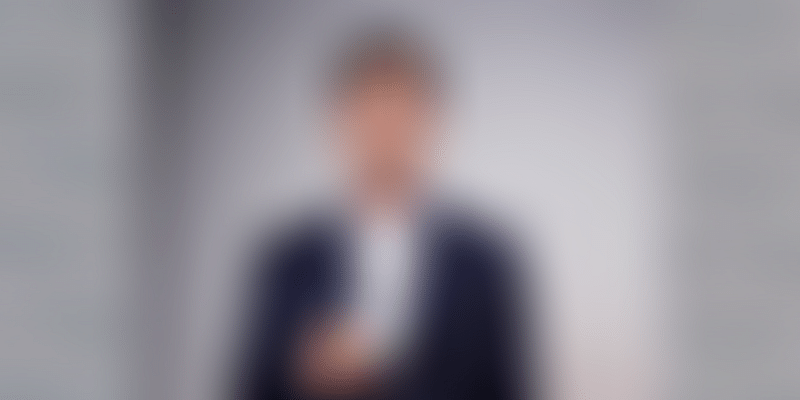 Based in Goa, Coffeeza aims to make gourmet-style accessible at home. It offers coffee blend capsules and coffee machines. The startup plans to diversify the coffee blends and expand to the US this year.

What’s the first thing you need to start your day? Coffee.

Many of us who ‘run on caffeine,’ regard the beverage as essential to having a productive day. One such coffee lover is Goa-based entrepreneur Rahul Aggarwal.

In 2008, Rahul joined his family business, Siva Group – which identifies and makes asset tracking applications – but wanted to explore and build something he was passionate about.

Following his intuition, he enrolled for an MBA programme at Babson College in the US in 2010. A self-proclaimed coffee lover, Rahul enjoyed daily walks to Starbucks and other cafes during his stay there.

However, when he returned to India, he noticed that there were no coffee shops within walkable distance. “I found it difficult to enjoy my daily ritual of drinking gourmet barista-style coffee. On the other hand, during my work trips around the world, I saw various innovations taking place in the coffee culture, globally,” he tells YourStory.

This led him to take the entrepreneurial plunge to start Coffeeza in 2017. The idea was to let people enjoy gourmet-style beverages from the comfort of their homes and offices.

Coffee on the go

Rahul kept up with the latest innovations in the online coffee market, and was intrigued by the capsule and pod technology.

After reaching out to various coffee-producing companies and undertaking a series of tastings, the entrepreneur partnered with select producers across Europe and China who could produce the right blend for Indian taste palate. He zeroed on three regular blends from Italy – Intenso, Classico, and Decaf. Coffeeza also tied up with a factory in China to produce coffee machines.

Today, Rahul says that Coffeeza is a premium brand of single-serve coffee capsules, machines, and accessories that allows customers to indulge in beverages like Espresso, Cappuccino, and Latte.

Bean to cup: How coffee entrepreneurs of Maverick & Farmer experiment with new flavours and blends

The capsules contain freshly roasted and ground coffee powder, and have two years of shelf life.

Coffeeza offers two models of coffee machines – Lattisso Coffee Machine which has an attached milk frother suitable for Cappuccino and Latte, while Finero Coffee Machine is ideal for black coffee like Espresso and Lungo.

Rahul claims that both the machines are user-friendly, and to prepare the coffee, one simply needs to add the capsule and press a button.

The Goa-based startup targets millennials aged between 18 and 34. “Our target audience are gourmet coffee lovers residing in metros and Tier I cities. They travel frequently and have gotten accustomed to western-style coffee beverages, thanks in part to India’s growing coffee shop culture,” he adds.

Market landscape and the road ahead

While the founder has declined to disclose its financials, Rahul says the company is bootstrapped and is expecting a three-to-five-fold growth as compared to last year’s performance. The initial investment came from his family which was spent on inventory, branding, team building, and advertising.

Its awareness campaign includes working with influencers to spread the word and create a brand presence on social media platforms. It has partnered with lifestyle influencers and fashion bloggers like Tina Dhanak, Akanksha Redhu, Kriti Dhir, and WedMeGood Founder Mehek Sagar, among others.

The B2C startup also plans on exhibiting its products at trade shows to meet potential distributors in the country. The brand’s peers include Nestle’s Nespresso. Rahul believes that with premium branding, products and customer service, the Indian market for coffee lovers is up for grabs.

As the startup sources its products from the international market, the coronavirus-induced restrictions have caused a major disruption, resulting in a shortage of inventory.

“There was a major disruption in the supply chain to import coffee capsules and machines. Even when the production resumed, ports were shut for a long time and we couldn’t meet the demand. As normalcy resumes, we’ll be in a better position going forward,” Rahul shares.

The startup is also planning to go global by launching US operations this year. Rahul says he is also looking to raise funds to execute these plans and increase product range.

As the founder and CEO, Rahul says he has tried to build a culture of ‘no excuses’ where all team members accept their responsibility and also value everyone’s opinion in building the startup.

His spouse Suchita is Coffeeza’s marketing head. He says that along with his family, entrepreneurs Snigdha Manchanda, Founder of TeaTrunk and Pranay Gupta, Founder of 91Springboard have been his advisors as well.

He suggests that entrepreneurs remain persistent and have a clear vision of where their startup is headed. “It is also important to do a regular ‘reality-check’ to make sure your actions as a team align with the end goals,” he adds.